Source: PTI
January 25, 2012 17:13 IST
The Supreme Court on Wednesday asked the monitoring authority headed by its former judge to look into the killings in alleged fake encounters between 2002 to 2006 in Gujarat and file its report within three months.

The Gujarat government had appointed former apex court judge M B Shah in April last year to monitor the investigation into the killings in the alleged fake encounters within the period.

"Having regard to the fact that a monitoring authority has been put in place and a former judge of this court is its chairman, we desire the chairman to look into all instances of the alleged fake encounters mentioned in the two writ petitions.

"We want the investigation to be thorough so that truth in each case is revealed," a bench comprising justices Aftab Alam and C K Prasad said while hearing the petitions relating to alleged fake encounters in Gujarat between 2002 to 2006 which purportedly showed a pattern that people from the minority community were targeted as terrorists.

The bench said it will be open for the chairman of the monitoring authority to constitute an independent team either with officer from Gujarat Special Task Force or from outside.

The court said it will also be open for the chairman of the monitoring authority to call for earlier police and case records or records from human rights bodies in respect of any encounter death, which has been mentioned in the writ petitions.

However, the bench clarified that monitoring authority will not go into the cases which are being investigated by other agencies on orders of the apex court. It also said that the chairman of the monitoring authority, if so desires, could give hearing to petitioners in the case or kin of the victims of encounter deaths.

The judges said the petitions on the issue were pending for several years but no substantive order was passed till date and subsequent developments like appointment of STF and setting up of monitoring authority had taken place during the pendency of the matter. 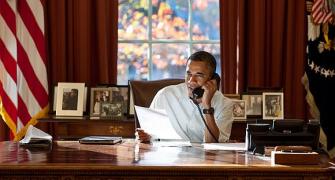 R-Day special: The children who know no fear