Key accused in the sensational gold smuggling in diplomatic bags case, Swapna Suresh, on Wednesday claimed a co-accused in the case was allegedly forcibly taken away from her residence on Wednesday morning, after she claimed there was a threat to her life and that is why she gave a statement to a court about the alleged involvement of others, including the Kerala chief minister. 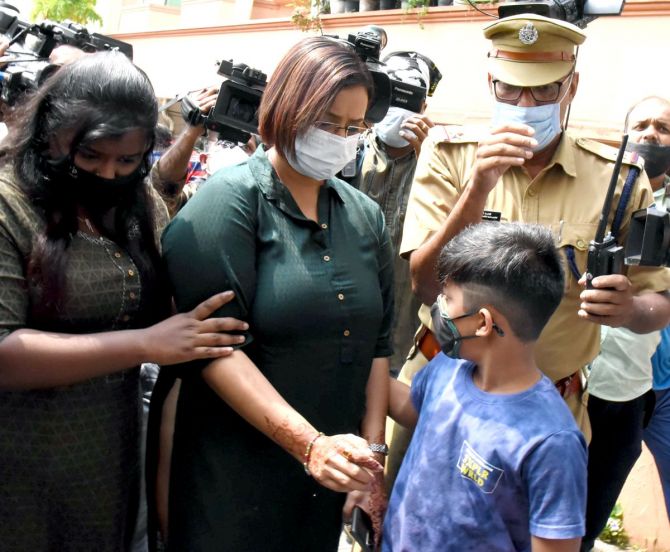 The prime accused, Sarith P S, was kidnapped by some unknown persons from her residence, Suresh alleged while talking to reporters.

She claimed the kidnapping occurred minutes after her press conference on Wednesday morning.

"Earlier you asked what the threat was. Now it is no longer threats, the attacks have started. HRDS India staff Sarith has been forcefully kidnapped from my home by 3-4 unknown people."

"They have started their attacks. Can you imagine that? I only spoke a little, did not speak in detail and already they have become scared. This is a signal of that. They are confessing on their own through such dirty tactics," she claimed.

"Now you know the threats faced by me, my family and Sarith. People of Kerala need to realise that anyone can be killed or abducted in broad daylight here."

Asked about reports that Sarith was picked up by vigilance officials of the state government, she said his lawyer has already initiated legal steps, including filing of a habeas corpus petition, to ensure his release.

Suresh, a former employee of the UAE consulate in Palakkad, was taken into custody by the National Investigation Agency along with another accused, Sandeep Nair, from Bengaluru on July 11, 2020.

The NIA, Enforcement Directorate and customs conducted separate probes into the racket that was busted with the seizure of gold worth Rs 15 crore from the diplomatic baggage of the UAE consulate at Thiruvananthapuram airport on July 5, 2020.

Several people, including M Sivasankar, the former principal secretary to the chief minister, and another ex-employee of the UAE consulate in Palakad, Sarith, were arrested in connection with the case.

Strongly reacting to Suresh's charges on Tuesday, Chief Minister Pinarayi Vijayan had said, "unsubstantiated allegations have been made through the media from some quarters for narrow political reasons" and this was "part of some political agenda". 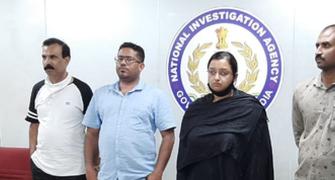 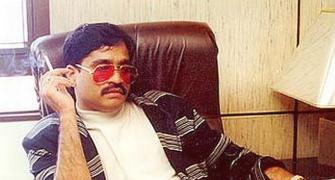 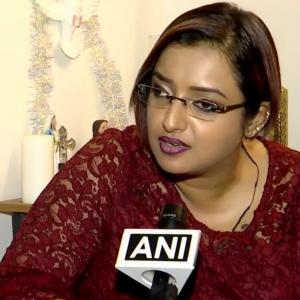 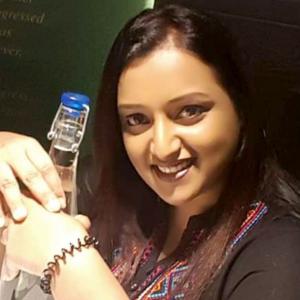 Swapna committed no act of terror: HC in bail order