President Pratibha Patil ordered the suspension of Prasar Bharti's controversial CEO B S Lalli, who is in the eye of a storm facing allegations of irregularities in the country's largest public broadcaster.

The order for the suspension has been signed by Patil, official sources said. The order came on the eve of the President's deparature to Hyderabad for the annual winter sojourn. The Presidential action came after the Prime Minister's Office (PMO) forwarded to Patil the letter by the Information and Broadcasting Ministry recommending the suspension of 63-year-old Lalli, a 1971-batch IAS officer of the Uttar Pradesh cadre.

According to the Prasar Bharati Act, the Chairman or a Member of PB can only be removed by an order of the President on the ground of misbehaviour after the Supreme Court holds an inquiry following a reference to it. Member (Executive) is the Chief Executive of the public broadcaster. Pending inquiry, the CEO can be placed under suspension as per the provisions of the Act. Prasar Bharati was formed in 1997 as a public

This is the first time that its CEO faces the prospect of being removed from the post and is a test case of sorts. The allegations against Lalli included the controversial decision to give the contract for broadcast of recently concluded Commonwealth Games to a UK-based firm SIS Live. The Ministry's move recommending his suspension came a week after President Patil gave her assent to a Supreme Court inquiry into the alleged irregularities in Prasar Bharati.

Lalli, who assumed the CEO's post in December 2006, was indicted by the Central Vigilance Commission which accused him of breach of Parliamentary privilege, giving undue favours to some broadcast companies and financial mismanagement. Reacting to the Presidential reference, Lalli had said "a lot of intrigue and mischief" was going on within the organisation against him that was "abetted and encouraged" by powerful elements from outside. He, however, hoped that the inquiry by the Supreme Court would get finalised quickly so that the "true picture is known to the public at large".
Source: PTI© Copyright 2022 PTI. All rights reserved. Republication or redistribution of PTI content, including by framing or similar means, is expressly prohibited without the prior written consent.
Related News: Lalli, Prasar Bharati, CEO, Supreme Court, Pratibha Patil
Print this article
DRS could undergo changes: ICC
Supreme Court for central probe into Orissa NREGA
Will Prince Charles or Pratibha Patil open Games? 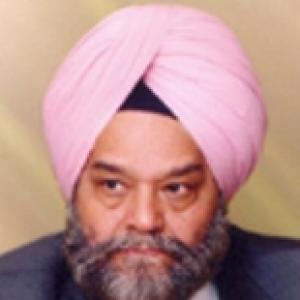