The Congress silence comes at a high cost, notes a Rediff Correspondent.

After the Mamata Banerjee-Mulayam Singh Yadav knock-out punch to the Congress party on Wednesday over the United Progressive Alliance's Presidential nominee, party leaders have gone silent.

It is imperative the Congress vociferously declares its support for the prime minister latest by noon on Thursday, or India could take its silence as the party's lack of desire to rule.

The mention of Prime Minister Manmohan Singh in the list of desirable candidates for the Presidential election by the UPA's ally, Trinamool Congress chief Mamata Banerjee, ably supported by Samajwadi Party supremo Mulayam Singh Yadav, is an insult to Dr Singh and highly offensive for the Congress party.

Finance Minister Pranab Mukherjee's desire to become President has received a fatal blow, something which will never be forgotten.

If Congress leaders do not turn out in full force to support its prime minister, it will shake the confidence of not just the stock exchanges, but will also tell on Congress President Sonia Gandhi and the games she allows to be played against her party's leaders.

By keeping mum for so many hours, the Congress has lost credibility. It has to save Sonia Gandhi's turf, but for that the party has time. It will have to indulge in fresh negotiations and eventually need to ensure that Banerjee and Yadav come on board.

It will be difficult for Mukherjee to stay in the Presidential race. He will have to exit if the Congress party continues to stay silent. After all, he has been snubbed by two important regional leaders whose support is vital to the UPA government's survival.

Finally, if the Congress wants to retain Prime Minister Singh and refute the many conspiracy theories floating in New Delhi, then its leaders better come out in full force to save Dr Singh's izzat.

The Congress silence comes at a high cost of two of its most important leaders' honour.

A Correspondent in New Delhi
Print this article
India seeks access to Headley and Rana from US
Mamata, Mulayam spoke to Kalam before proposing his name 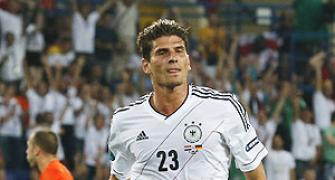