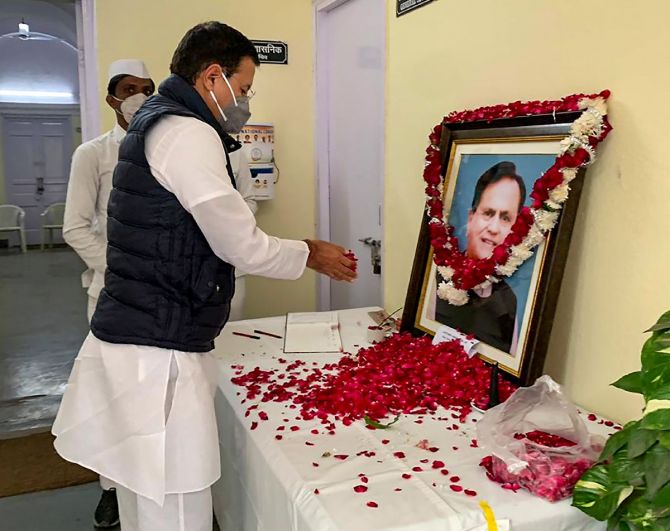 Patel, 71, the quintessential backroom strategist for the Congress, died at a Gurugram hospital in the early hours of Wednesday due to multiple organ failure more than a month after he tested positive for COVID-19.

President Kovind said he was distressed to learn that Patel is no more.

'An astute Parliamentarian, Shri Patel combined the skills of a strategist and the charm of a mass leader. His amiability won him friends across party lines. My condolences to his family and friends,' he tweeted.

The Vice President said he was deeply saddened.

'...He was an able parliamentarian and always maintained cordial relations with leaders across the political spectrum,' the Vice President Secretariat tweeted quoting Naidu.

Condoling the death, the prime minister said he was saddened by the demise of the leader whose role in strengthening the Congress will always be remembered.

'Known for his sharp mind, his role in strengthening the Congress Party would always be remembered. Spoke to his son Faisal and expressed condolences. May Ahmed Bhai's soul rest in peace,' Modi said in a tweet.

Union ministers Amit Shah, Prakash Javadekar, Rajnath Singh and Smriti Irani were among the others who condoled the death of the Congress' key strategist.

Several top Congress leaders expressed grief, with Sonia Gandhi mourning the loss of an 'irreplaceable comrade' and Rahul Gandhi saying Patel 'lived and breathed Congress' and stood with the party through its most difficult times.

The Congress president said in her message that Patel, who served as her political advisor for years and was All India Congress Committee treasurer, had dedicated his entire life to the Congress.

'I have lost an irreplaceable comrade, a faithful colleague and a friend. I mourn his passing and I feel deeply for his bereaved family to whom I offer my sincere feelings of empathy and support,' Sonia Gandhi said.

'It is a sad day. Shri Ahmed Patel was a pillar of the Congress. He lived and breathed Congress and stood with the party through its most difficult times. He was a tremendous asset,' Rahul Gandhi said in his message.

Congress general secretary Priyanka Gandhi Vadra described him as not only a wise and experienced colleague to whom she constantly turned for advice and counsel but also as a friend 'who stood by us all, steadfast, loyal, and dependable to the end'.

The passing away of Patel, known for maintaining friendly relations with all parties, was also condoled by leaders, ministers and chief ministers from across the political spectrum, including from the Bharatiya Janata Party, the Nationalist Congress Party, the Samajwadi Party and the Bahujan Samaj Party.

In a tweet, BJP chief J P Nadda said, 'Deeply anguished to hear about the demise of veteran Congress leader Shri Ahmed Patel Ji. I pray for strength to the family members and his supporters at this hour of grief. Om Shanti.'

In a tweet in Hindi, Home Minister Shah said, 'The news about the death of senior Congress leader Ahmed Patel is very sad. Ahmed Patel made a significant contribution to the Congress party and public life.'

Defence Minister Rajnath Singh said Patel was a seasoned leader, who made remarkable contribution to his party and to public life.

'Ahmed Bhai had friends across party lines. My thoughts are with his family and well-wishers in this sad hour,' Singh tweeted.

'He was a quiet, affable person. My condolences to his family, admirers and his colleagues,' she said.

Reacting to Patel's demise, Communist Party of India-Marxist general secretary Sitaram Yechury tweeted, 'Deeply grieved at the untimely passing away of Ahmed Patel, veteran political leader and a Congressman all his life. With his warm and pleasing manners he could reach out across the entire political spectrum.'

'A big loss to Indian politics and Constitutional values,' he said.

'On behalf of the DMK, I extend my condolences to his family as well as Congress cadres who are mourning his loss,' he tweeted.

'His deep impact on Indian politics will always be seen positively and be remembered,' BSP leader Mayawati said in a tweet in Hindi.

A deeply saddened NCP chief Sharad Pawar said his contribution to the party will always be remembered.

In a statement, the Congress said party workers across the country are deeply pained by Patel's demise.

As a mark of respect, the Congress party flag will fly at half mast for the next three days, the party said.

Patel, who leaves behind his wife, son and daughter, is the second senior Congress leader to have died due to COVID-related complications in two days. 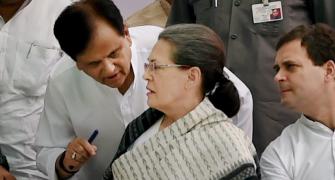 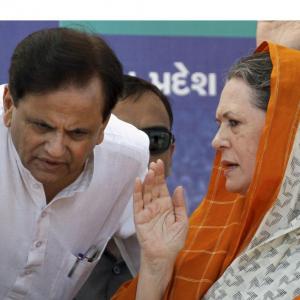