Reaching out to the Army's Northern Command troops looking after the operational area of Jammu and Kashmir, President Ram Nath Kovind broke away from tradition and had 'bada Khana' with the soldiers and their families in Udhampur on the occasion of Mahanavami, the culmination of the nine-day-long Navratri, on Thursday. 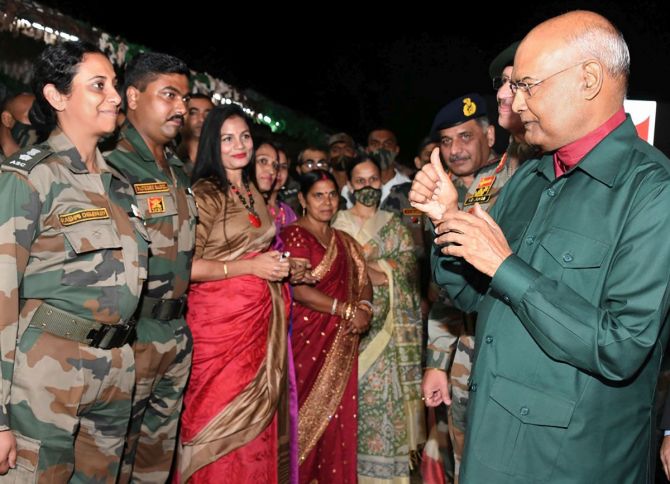 IMAGE: President Ram Nath Kovind interacts with jawans and officials of all ranks along with their families at the Northern Command in Udhampur. Photograph: Courtesy @rashtrapatibhvn/Twitter

The President began his visit to the region on Thursday from the Union Territory of Ladakh, where he performed the Sindhu Darshan puja at the Sindhu Ghat in Leh, officials said. 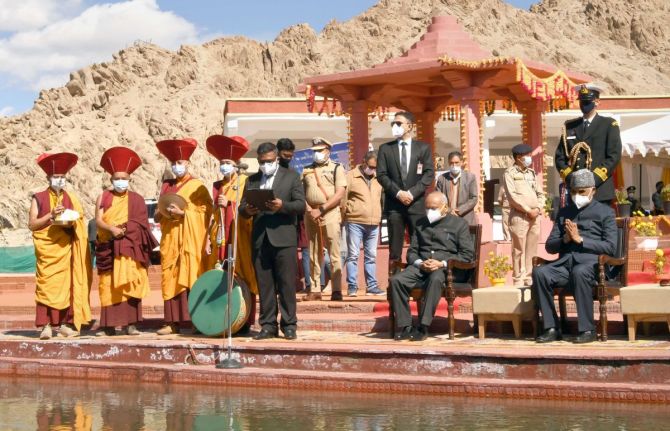 The Sindhu riverbank, known for its beautiful and scenic landscape, is situated near Shey village in Leh and is hosting a multitude of cultural programmes, including the Sindhu Darshan festival.

The President was received by the Lieutenant Governor of Ladakh, R K Mathur, at the Leh airfield and was accorded a guard of honour. 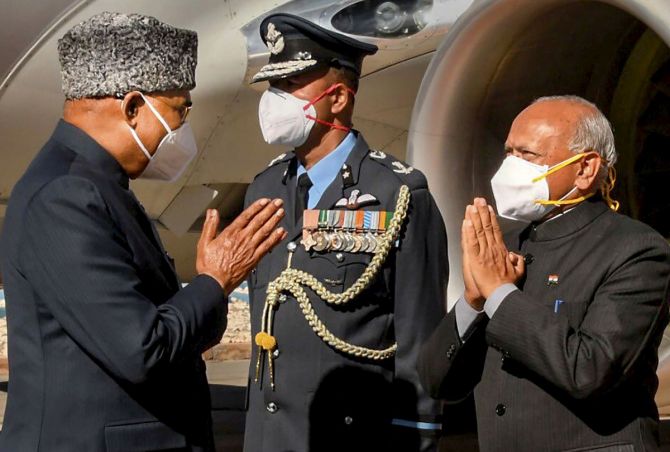 Late in the evening, Kovind arrived at the main ground of the Army's Northern Command headquarters in Udhampur. 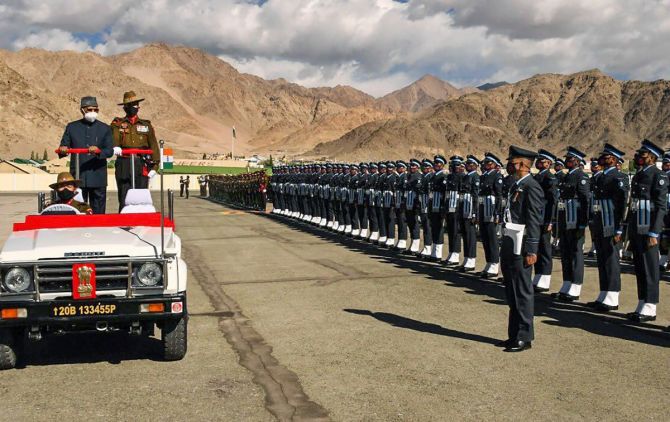 IMAGE: The President receives Guard of Honour on his arrival at Leh Air Field in Ladakh. Photograph: Courtesy @rashtrapatibhvn/Twitter

The President interacted with the troops and their families amid 'Bharat Mata Ki Jai' slogans raised by the soldiers.

He enquired about the welfare of the troops and gave a chocolate to the child of a jawan. 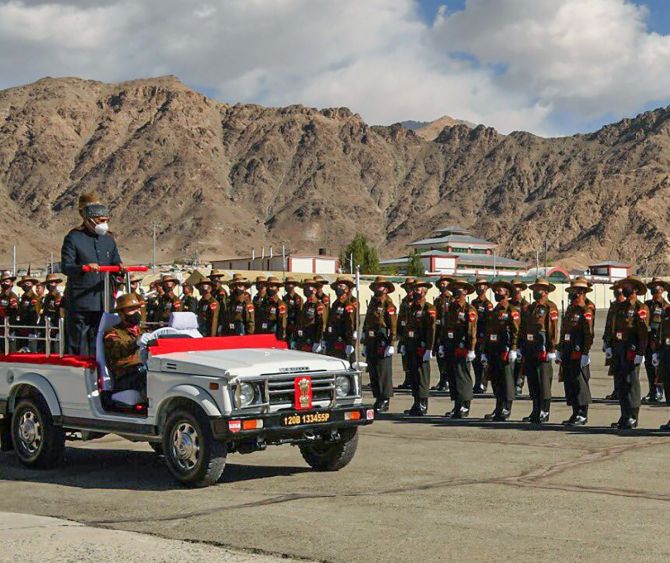 On the occasion of Mahanavami, the president had 'bada khana' with the troops and their families, the officials said.

Patriotic songs were sung by boys and girls at the venue and the troops of the Army's Sikh regiment showcased their martial arts skills before the President.

Kovind will celebrate Dussehra with the soldiers of the Indian Army in Ladakh's Drass area, one of the coldest places in the world. 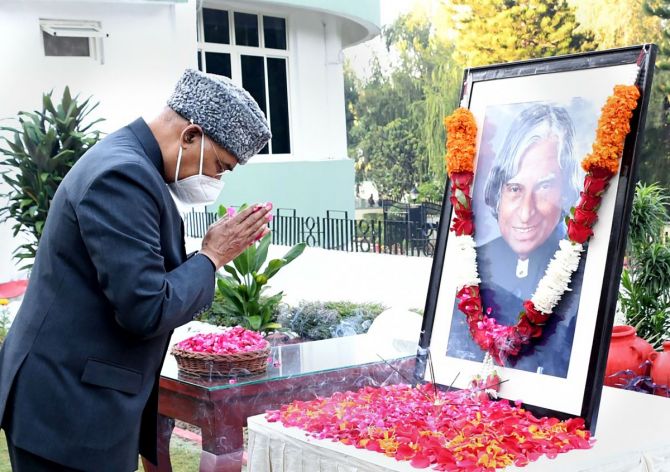 He will be breaking away from tradition to celebrate Dussehra in Drass.

The President usually participates in the Dussehra celebrations in Delhi every year.

Kovind will fly to Drass from Udhampur along with the Army commander, where he will first pay tributes to the martyrs of the 1999 Kargil War at the Kargil War Memorial. 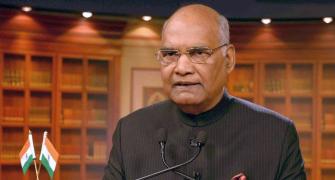 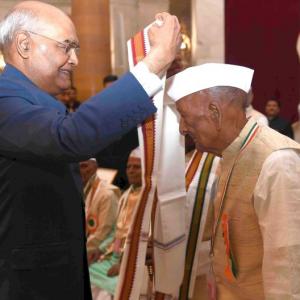 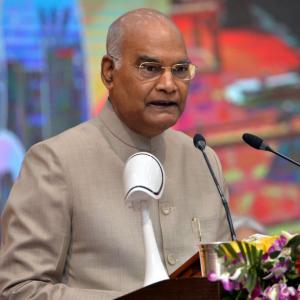