President Asif Ali Zardari, the chief of the PPP, had earlier nominated Shahabuddin for the post of premier.

Senior PPP leader Raja Parvez Ashraf, was named as a "covering" or alternative candidate in case Shahabuddin's nomination papers were rejected for some reason.

As Shahabuddin was filing his nomination papers at the National Assembly, a special court of the Anti-Narcotics Force in Rawalpindi issued a non-bailable arrest warrant against him in connection with alleged irregularities in the import of a large quantity of the controlled drug Ephedrine during his tenure as health minister.

Though it was not immediately clear whether the warrant would affect Shahabuddin's candidature, the PPP decided to take no chances and senior leader Kaira too filled nomination papers for the election of the premier.

Shahabuddin and Ashraf have been linked to graft cases that are currently being examined by the Supreme Court while there are no allegations against Kaira. 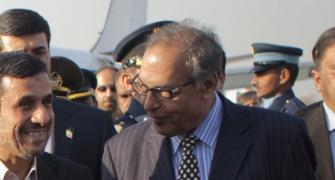