A spokesman of the central reserve police force said militants hurled a grenade at the company headquarters of 179 battalion CRPF housed in a hotel building near the main bus stand in Sopore town this morning.

"The grenade exploded inside the premises injuring five of our troopers. Two critically injured jawans have been shifted to army base hospital in Srinagar for specialised treatment," Sudhir Kumar, CRPF spokesman told rediff.com.

The area was immediately surrounded by the CRPF troopers for searches.

No group has yet claimed responsibility for the blast. 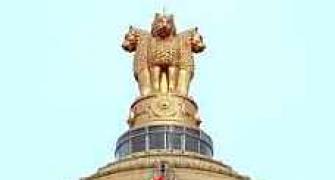