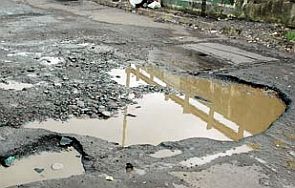 The Supreme Court on Thursday expressed concern over 14,926 people being killed in road accidents due to potholes in last five years and termed it "unacceptable".

A bench headed by Justice Madan B Lokur said the large number of deaths caused due to potholes across the country was "probably more than those killed on border or by the terrorists".

The bench, also comprising justices Deepak Gupta and Hemant Gupta, said the number of deaths from 2013 to 2017 in accidents due to potholes indicated that the authorities concerned were not maintaining the roads.

The bench sought a response from the Centre on a report filed by the Supreme Court committee on road safety, headed by former apex court judge K S Radhakrishnan, on the number of deaths due to potholes in India.

The top court had on July 20 expressed its concern over the deaths and observed that the number fatalities due to such accidents was more than those in terror attacks.

Terming the situation as frightening, the top court had asked the Supreme Court committee on road safety to look into the matter.

The bench had also said that people who have lost their lives as a result of accidents due to potholes should be entitled to compensation.

It was a matter of common knowledge that a large number of people have died in such accidents and authorities, who were supposed to maintain the roads, were not doing their duty properly, the bench had said.

It had asked the Supreme Court Committee on Road Safety to look into this "very serious issue" and file a report within two weeks.

The apex court had also said that the committee should give recommendations as the issue was a part of road safety.

The matter had cropped up before the bench when it was hearing an issue related to road safety across the country. 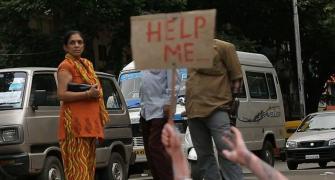 Army to help build FOB in Mumbai; 'will it fill potholes too?' asks Oppn
Is Mumbai's infrastructure only for the Gods? 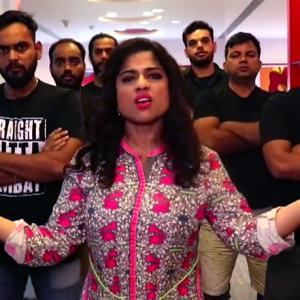 'And then, the road disappeared into a pothole?'