Assistant Sub-Inspector Babu Ram and Constable Altaf Hussain Bhat of the Jammu and Kashmir police were on Saturday posthumously conferred with the Ashoka Chakra and the Kirti Chakra awards respectively on the eve of Independence Day. IMAGE: Assistant Sub-Inspector Babu Ram of the Jammu and Kashmir police has been posthumously conferred the Ashoka Chakra.

President Ram Nath Kovind approved a total of 144 gallantry awards to armed forces, police and paramilitary personnel that included 15 Shaurya Chakras, four Bar to Sena Medals (gallantry) and 116 Sena medals (gallantry) and one each of Ashoka Chakra and the Kirti Chakra, an official statement said.

While Babu Ram was an assistant sub-inspector, Hussain Bhat served as a constable in the Jammu and Kashmir police.

Born on May 15, 1972, in Dharana village in the border town of Mendhar of Poonch district of Jammu region, Ram wanted to join the armed forces since his childhood, officials said, adding after his schooling, he was appointed in the J-K police as constable in 1999.

He was subsequently posted in the special operations group Srinagar on July 27, 2002, and was part of various anti-terror operations in which a number of terrorists were killed, the officials said.

During his service in the anti-insurgency group, Assistant Sub-Inspector Babu Ram remained part of 14 encounters in which 28 terrorists were gunned down. 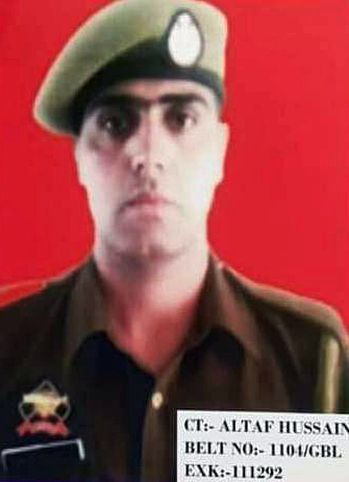 Constable Altaf Hussain Bhat was a resident of Rathpora area of Safakadal in Srinagar.

He was posted in Ganderbal where he was performing personal security officer duty with a protected person. On October 6 last year, the protected person was attacked by terrorists.

"Bhat retaliated and killed the terrorist and saved the life of the protectee, but himself got severe bullet injuries and later succumbed, thus attaining martyrdom in the line of his duty," an official said.

From the Indian Navy, the Shaurya Chakra awardee is Captain Sachin Reuben Sequeira while the IAF officers awarded the honours are Group Captain Perminder Antil and Wing Commander Varun Singh.

Chitesh Kumar, Manjinder Singh and Sunil Choudhary, all from the Cenhtral Reserve Police Force, are among the Shaurya Chakra awardees.

'The President has also approved 28 Mention-in-Despatches to the Army personnel for their significant contributions in different military operations which include three posthumous for 'Operation Rakshak' and 'Operation Rakshak',' the statement said.

The six Indian Army personnel were awarded the Shaurya Chakra for displaying bravery in anti-terror operations in Jammu and Kashmir last year.

Squadron Leader Deepak Mohanan is on deputation with a Coast Guard Squadron since April 2017. 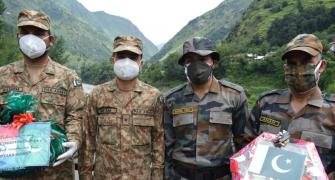 Security tightened in Delhi ahead of I-Day