Police were missing during Delhi riots, claim Muslims and Hindus

Frantic phone calls to emergency '100' number went unanswered for 48-72 hours and police personnel were missing when people needed them, a fact-finding report by a civil rights group based on eyewitness accounts from riot-hit northeast Delhi claimed on Friday.

The report, 'Let Us Heal Our Dilli', was released after a four-member team including Farah Naqvi, Sarojini N, Navsharan Singh, Naveen Chander visited some of the violence-hit areas.

According to the report, residents of the affected areas did not get any help from police during emergencies.

They are also upset with the Delhi government for not standing with the victims and the Centre for delayed deployment of security forces.

"Across the board, among Muslims and Hindus, there is enormous fury at the Delhi Police for just not being there when they were needed. People simply do not understand why. We heard repeatedly of frantic calls to the 100 line that went unanswered for 48-72 hours," it said.

"We also heard (about people's) anger at the Aam Aadmi Party government for not being there on the ground to stand with the victims and vulnerable communities," it said.

In Mustafabad, people said the central government was busy with the visit of United States President Donald Trump instead of ensuring early deployment of army or police in the affected areas which would have saved lives and protected their properties, the report added.

The four-member team's visit was intended to give a sense of the "man-made tragedy", the report said.

The visit also sought to understand what survivors need most urgently so that collective pressure can be put on the government and administration, and also civil society and citizens across all divides could be mobilised to reach out and help the affected people, it said.

"… those who have lived through this targeted hate have lost their sense of security, peace and well-being. It will take years to rebuild these neighbourhoods. The targeting of Muslims in northeast Delhi reminded one distinctly of the targeting of Sikhs in Delhi in 1984 and of Muslims in Gujarat 2002.

"The death toll is far less, but the targeting is truly frightening -- where one shop is burnt, but the two adjacent shops on either side are not. Roadside mazars are burnt, masjids in the interiors are burnt," it added.

Though the team did come across instances of Hindus bearing the brunt of the riots, the violence was "clearly and unambiguously focussed on Muslims", the report alleged.

"Hindus have also been hit and suffered damage. In Brijpuri, there was a damage to the houses. Shops and banquet halls were burnt. In Gokulpuri we saw burnt autorickshaws belonging to Hindus," it said.

"Even after the attack, no one from the state or central government has reached out to victims. And it has been nearly 4 days now to (since) the first attack on Sunday (February 23). There was no relief effort. No food, no places for the displaced to stay, no one to call," it claimed.

The death toll in Delhi's communal violence rose to 42 on Friday as the situation showed some signs of returning to normalcy and clouds of smoke cleared to reveal the extent of the damage from the worst riots in the city in over three decades.

A total of 148 FIRs have been registered and 630 people have been either arrested or detained so far in connection with the communal violence, a Delhi Police spokesperson said. 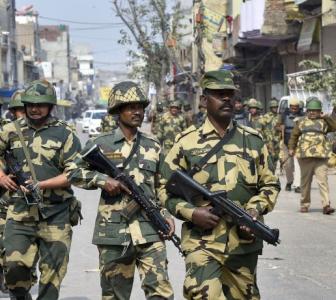 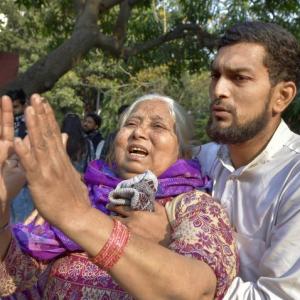