Chinese response to the presence of its troops in Gilgit-Baltistan, an area described by its foreign ministry as 'northern part of Pakistan,' was curiously omitted in the official transcript, a day after it created a flutter in New Delhi.

Chinese foreign ministry spokesperson Jiang Yu in her media briefing, while refuting reports about the presence of Chinese troops in Gilgit-Baltistan area of Pakistan-Occupied Kashmir referred to the areas as 'northern part of Pakistan.'

However, when the ministry posted the official transcript of the briefing on its website, hours after the meeting between Indian Ambassador S Jaishankar and Chinese Vice Minister of Foreign Affairs where India conveyed its concerns over the Chinese 'activities and presence' in PoK, the related question and answer were surprisingly missing.

"The story that China has deployed its military in northern part of Pakistan is totally groundless and out of ulterior purpose," she was quoted by her interpreter as saying in the regular briefing.

Jiang was asked about the reports of People's Liberation Army presence in Gilgit-Baltistan region of PoK.

Chinese officials address the media in Mandarin which is simultaneously translated by an interpreter through internal mike system for the foreign media.

There have been instances in the past when interpretation or translation of key words has not been accurate. The transcript on the website, which is regarded as the most accurate version of the briefings for Beijing-based diplomats and foreign media, however carried her other remark terming Jammu and Kashmir as 'Indian-held Kashmir.'

Though awaited with renewed interest as it was expected to provide more clarity on China's stand on these critical bilateral issues, the absence of the reference to PoK once again brought to fore ambiguity to China's official stand on the Kashmir issue. 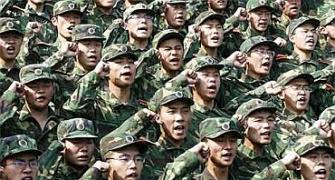 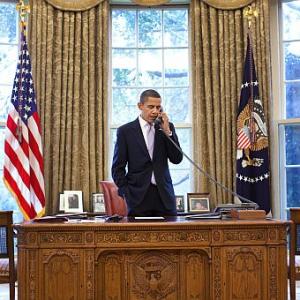 US playing dirty with China and neighbours?

'Not troops, but Chinese humanitarian team in PoK'