Prime Minister Narendra Modi will interact with chief ministers of all states on Saturday via video, where a call would be taken on whether the 21-day lockdown to check spread of coronavirus, ending next week, should be extended.

The video conference comes amidst indications that the central government may extend the lockdown across the country beyond April 14 after several states have favoured the extension to contain the fast-spreading virus.

Addressing floor leaders of various parties who have representation in Parliament, on Wednesday, Prime Minister Modi had made it clear that the lockdown cannot be lifted in one go on April 14, asserting that the priority of his government is to "save each and every life".

According to an official statement, he said states, district administrations and experts have suggested extension of the lockdown to contain the spread of the virus.

Odisha has taken a lead and has extended the lockdown till April 30.

"Prime Minister Modi made it clear that lockdown is not being lifted and also that the life pre-corona and post-corona will not be same," Biju Janata Dal leader Pinaki Misra had said after Wednesday's interaction.

This is for the second time the prime minister will interact with the chief ministers via video link after the lockdown was imposed.

During his April 2 interaction with chief ministers, Modi had pitched for a "staggered" exit from the ongoing lockdown.

Before the lockdown was announced on March 24, the prime minister had interacted with the chief ministers on March 20 to discuss means to check the spread of the deadly virus. 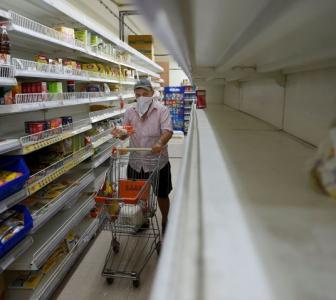 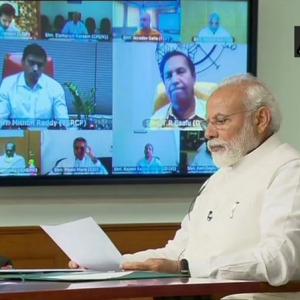