IMAGE: Prime Minister Narendra Modi being welcomed by Chief Minister of Karnataka B S Yediyurappa, at an airport in Bengaluru, on Friday. Photograph: Twitter/PTI Photo

Prime Minister Narendra Modi arrived at the Yelahanka Airbase on Friday night to witness from an Indian Space Research Organisation centre in Bengaluru the planned landing of Chandrayaan-2's 'Vikram' module on lunar surface in the early hours of Saturday.

'I am extremely excited to be at the ISRO Centre in Bengaluru to witness the extraordinary moment in the history of India's space programme,' Modi tweeted earlier in the day.

Modi, about 60 students from across the country selected by ISRO though an online quiz, a large media contingent and others are slated to watch the final descent of the lander as it happens, from the ISRO Telemetry Tracking and Command Network (ISTRAC) in Bengaluru. 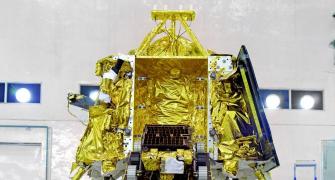 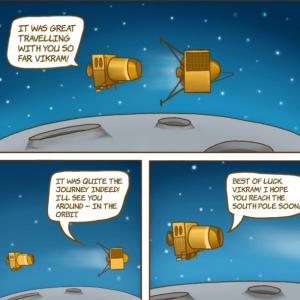