Prime Minister Narendra Modi has been awarded with the United Nations’ highest environmental honour, bestowed upon five other individuals and organisations, for his leadership of the International Solar Alliance and pledge to eliminate single use plastic in India by 2022. 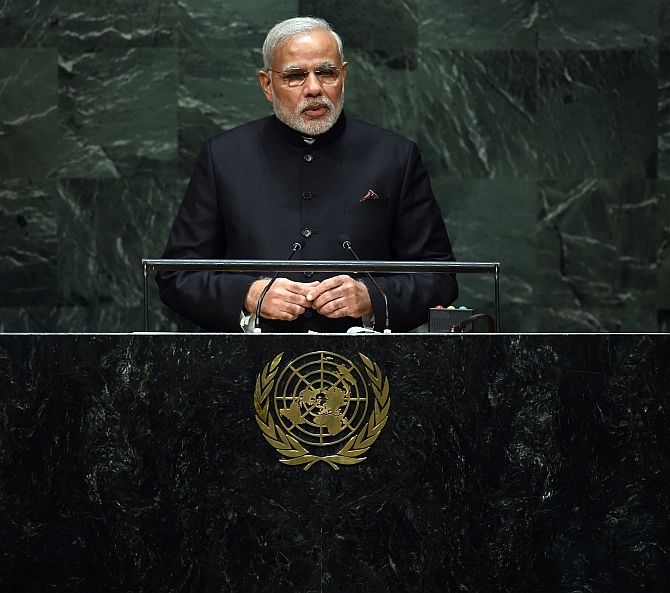 Six of the world’s most outstanding environmental change makers have been recognised with the Champions of the Earth Award.

“This year’s laureates are recognised for a combination of bold, innovative and tireless efforts to tackle some of the most urgent environmental issues of our times,” the UN Environment Programme said.

French President Emmanuel Macron and Modi have been jointly recognised in the Policy Leadership category for their pioneering work in championing the International Solar Alliance and promoting new areas of levels of cooperation on environmental action, including Macron’s work on the Global Pact for the Environment and Modi’s unprecedented pledge to eliminate all single-use plastic in India by 2022.

Cochin International Airport has also been honoured this year with the award for Entrepreneurial Vision, for its leadership in the use of sustainable energy.

“Cochin is showing the world that our ever-expanding network of global movement doesn’t have to harm the environment. As the pace of society continues to increase, the world’s first fully solar-powered airport is proof positive that green business is good business,” UNEP said.

The other winners of the 2018 Champions of the Earth Awards are Joan Carling, recognised with the lifetime achievement award for her work as one of the world’s most prominent defenders of environmental and indigenous rights. Carling has been at the forefront of the conflict for land and the environment for more than 20 years.

Beyond Meat and Impossible Foods are jointly recognised in the Science and Innovation category, for their revolutionary development of a popular, plant-based alternative to beef, and for their efforts to educate consumers about environmentally conscious alternatives.

China’s Zhejiang’s Green Rural Revival Programme is awarded for Inspiration and Action for the transformation of a once heavily polluted area of rivers and streams in East China’s Zhejiang province.

This exceptionally successful eco-restoration programme shows the transformative power of economic and environmental development together.

“In a world of uncertainty, this is certain: We will not solve the extraordinary challenges our world faces today without extraordinary talent, new thinking and bold ideas,” said Head of UN Environment Erik Solheim.
“The Champions of the Earth Award and Young Champions of the Earth Prize recognise those not afraid to chart unknown waters or be the voice of the voiceless. These people are changing our world today for a better tomorrow.”

The awards will be presented during the Champions of the Earth Gala in New York City, on the sidelines of the 73rd UN General Assembly. The gala, hosted by actor and environmental activist Alec Baldwin and model, actress, producer and UN Environment Goodwill Ambassador Dia Mirza, will bring together a cross section of world leaders and influencers to celebrate momentum for change in defense of our one planet.

The Champions of the Earth award is the UN’s highest environmental recognition celebrating exceptional figures from the public and private sectors and from civil society, whose actions have had a transformative positive impact on the environment.

>> Paul Kagame (2016)
The Rwandan president was bestowed the UN’s top honour for his outstanding achievements in environmental protection -- combatting illegal forestry; restoring vital wetlands; protecting the habitat of endangered gorillas; becoming one of the first countries in the world to ban the use of plastic bags; and hosting the Montreal Protocol where the Kigali Amendment was signed which could cut up to 0.5 degree Celsius from global warming by the end of this century.

>> Al Gore (2007)
The former United States vice president made protecting the environment a pillar of his public service. He led Congressional efforts to clean up toxic dumps leading to the formation of the Superfund and held the first hearing on global climate change. His critically-acclaimed documentary An Inconvenient Truth -- based on his presentation on climate change and which he has shown more than 1,000 times across the world -- has become the third-highest grossing documentary in the history of the United States.

>> Bertrand Piccard
The scientist and explorer is the chairman of Solar Impulse; he has developed the project’s avant-garde philosophy and defined its symbolic reach in order to convince governments to launch much more ambitious energy policies

>> Brian McClendon (2013)
An electrical engineering graduate was recognised for providing powerful tools, through Google Earth, to monitor the state of the environment, allowing researchers to detect deforestation, classify land cover and estimate forest biomass and carbon and thus demonstrate the scale of environmental problems and illustrate solutions. 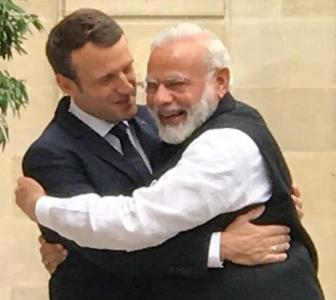 India, France to work together for implementation of Paris deal 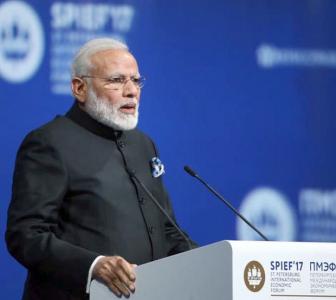 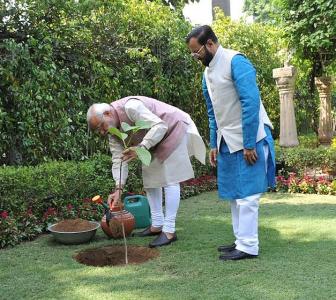