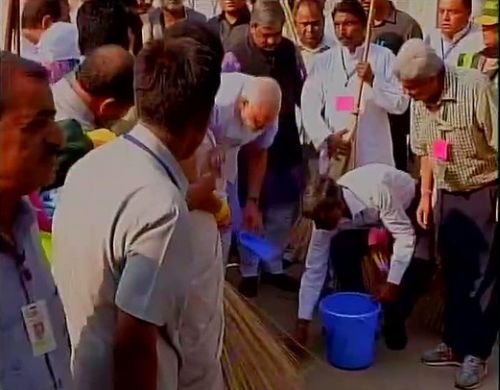 Prime Minister Narendra Modi on Thursday wielded a broom in New Delhi to launch his pet Swachh Bharat mission, a cleanliness drive across India, on the occasion of Gandhi Jayanti.

After paying tributes at the memorials of Mahatma Gandhi and former Prime Minister Lal Bahadur Shastri on their birth anniversaries, Modi himself swept a pavement at Valmiki Basti, a colony of sanitation workers here, before the formal launch of the 'Clean India' drive at Rajpath.

While launching the mission at Mandir Marg here, he also made a surprise visit at the local police station to check on cleanliness. Accompanied by officials, the prime minister collected the garbage and put it in a bin.

He later interacted with the children there. "I bow to Mahatma Gandhi on his birth anniversary.... Gandhi ji's thoughts and beliefs remain a great inspiration for us. Let us dedicate ourselves to building the India of Gandhi ji's dreams," he said in a series of tweets.

In addition, lakhs of state government employees have been asked to be part of this massive drive. 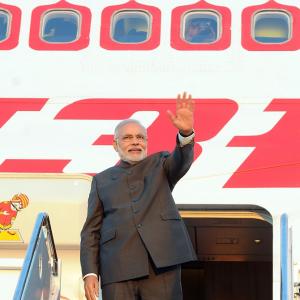 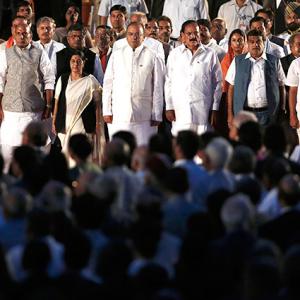