The PM CARES Fund, set up in March to deal with emergency situations like the COVID-19 pandemic, received Rs 3,076.62 crore in just five days of its formation, as per an account statement made public by the fund on Wednesday. 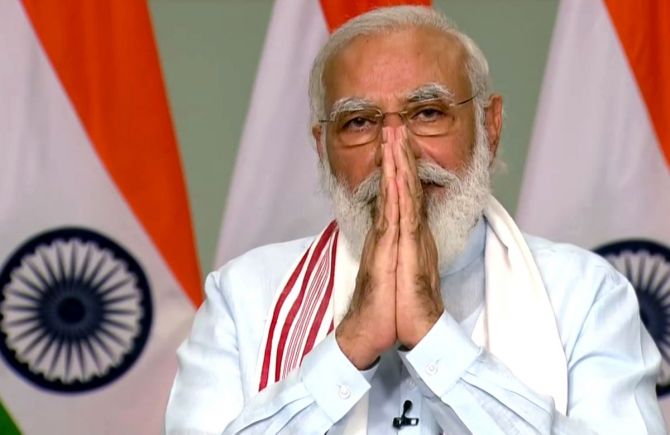 It put the fund's closing balance as on March 31, 2020 at Rs 3,076.62 crore, after including interest income and deducting service tax on forex conversion.

The fund started with an initial corpus of Rs 2.25 lakh, as per the account statement posted on the fund's official website.

It also referred to "accompanying notes to the financial statements", but those were not made public on the website.

According to details posted on the website of the 'Prime Minister's Citizen Assistance and Relief in Emergency Situations Fund (PM CARES Fund)', the fund consists "entirely of voluntary contributions from individuals/organisations and does not get any budgetary support".

It further said this fund has been set up as a public charitable trust "keeping in mind the need for having a dedicated national fund with the primary objective of dealing with any kind of emergency or distress situation, like posed by the COVID-19 pandemic, and to provide relief to the affected".

The fund generated a lot of interest immediately after Prime Minister Narendra Modi announced its formation of the fund in the last week of March after the COVID-19 outbreak and appealed for donations, prompting several private firms, government bodies and individuals, including celebrities, to donate money.

The fund's objectives include undertaking and supporting relief or assistance of any kind relating to a public health emergency or any other kind of emergency, calamity or distress, either man-made or natural, including the creation or upgradation of healthcare or pharmaceutical facilities, other necessary infrastructure, funding relevant research or any other type of support, according to its website.

The government has used a part of the money to buy medical equipment, including ventilators, to boost the battle against the COVID-19 and has also provided relief to migrants.

Opposition parties have, however, criticised the fund, claiming that its contributions and expenses are not transparent, a charge denied by the government.

Reacting to the account statement of the fund, Congress leader P Chidambaram said the auditors of the fund have confirmed that the fund received Rs 3,076 crore in just five days, but the "names of these generous donors will not be revealed".

"Every other NGO or Trust is obliged to reveal the names of donors contributing more than a threshold amount. Why is the PM CARES Fund exempt from this obligation," he tweeted.

Last month, the Supreme Court had refused to direct the transfer of contributions made to the PM CARES Fund to the National Disaster Response Fund.

The top court had also ruled that at this need of the hour no exception can be taken to the constitution of a public charitable trust PM CARES Fund to have necessary financial resources to meet the emergent situation, adding this fund and the NDRF were entirely different funds with separate object and purpose.

The chairperson (Prime Minister) has the power to nominate three trustees to the board of trustees, who can be eminent persons in the field of research, health, science, social work, law, public administration and philanthropy.

Also, any person appointed a trustee will act in a pro bono capacity.

Source: PTI  -  Edited By: Roshneesh Kmaneck© Copyright 2020 PTI. All rights reserved. Republication or redistribution of PTI content, including by framing or similar means, is expressly prohibited without the prior written consent.
Related News: NDRF, Supreme Court
SHARE THIS STORY
Print this article 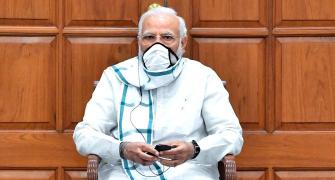 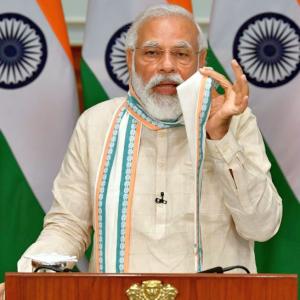