India Inc committed Rs 4,316 crore, accounting for over half of its total commitments for coronavirus relief, to the PM-CARES Fund, a report by rating agency Crisil said on Tuesday. 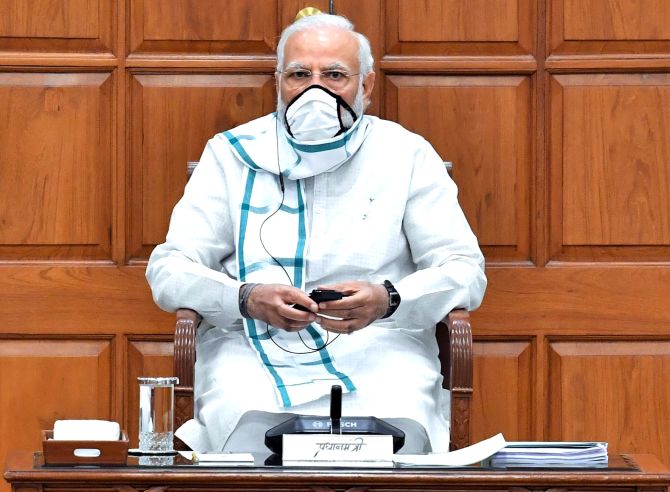 The commitments made to the newly-created Prime Minister's Citizen Assistance and Relief in Emergency Situations Fund by 113 top corporates are more than the Rs 3,221 crore allocated to other COVID-19 related relief work, Crisil Foundation said in a report on CSR during the pandemic.

Since its launch in late March after India went into a lockdown, concerns about transparency have been expressed about the PM-CARES Fund and questions raised about the need for such a platform when mechanisms to render relief with people's help already exist and also meet transparency norms.

The Supreme Court had rejected a plea against the fund.

Last month, the government announced that the PM-CARES Fund is allocating Rs 3,100 crore for various measures including Rs 2,000 crore for purchase of ventilators, Rs 1,000 crore for helping migrants returning to their villages from cities and Rs 100 crore to support a vaccine development.

Crisil said it analysed social sector spends by 130 companies, of which 113 have pledged support either in cash or kind, it said, adding that 84 of them contributed Rs 7,537 crore which can be classified as CSR spends.

Of the remaining companies, 29 contributed Rs 373 crore to other funds, facilitated voluntary donations of Rs 84 crore which will not be classified as CSR spends, it said.

It can be noted that there were reports of contributions done to chief ministers' relief funds not being accounted under the CSR spends.

The Crisil report said a bulk 67 per cent or 56 of the 84 entities which have spent money are from the private sector and account for two-thirds of the contributions of Rs 7,537 crore, while 24 are public sector ones which contributed 30 per cent and seven were foreign ones.

Of the 84 corporates that pledged support in cash, 36 companies from Maharashtra spent Rs 4,728 crore (63 per cent), followed by National Capital Territory of Delhi with 13 companies spending 17 per cent, while nine companies from Gujarat chipped in with 7 per cent of the Rs 7,537 crore of spends.

In this set of 84 companies, 48 have spent on the COVID-19 cause at a corporate level and not at the group level, with 28 of them spending more than half of their total CSR spend of FY19 and 16 companies having spent at par with FY19 or even exceeded it, the report said.

Other causes may take a back seat in FY21 as a result of the COVID-19 pandemic, the report rued.

"The 'C' in CSR, the acronym for corporate social responsibility, can very well refer to COVID-19,” it said.

It also said that the overall CSR spending rose 14 per cent to Rs 11,392 crore in FY19, five years after it was made mandatory for companies of a certain size to allocate money for social good.

Of the 4,817 listed companies, 1,976 met the criteria for mandatory CSR spending of which 1,276 actually spent, it said, adding 129 gave reasons like difficulty in identifying projects for not spending, 102 did not have any mentions in the annual reports and 150 said they were not required to spend. 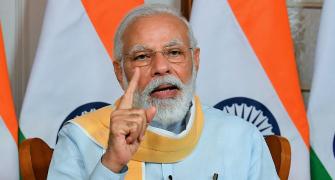