Among the accused, Nafisul, Ram Shankar and Mirza Mukhtar were also charged with other offences including attempt to murder and obstructing public servants from discharge of their duties for allegedly attacking a police team of Delhi Police's Special Cell at the time of their arrest in July last.

According to the police, the accused allegedly wanted to kill senior advocate Siddharth Luthara at the instance of underworld don Chhota Shakeel because the lawyer represented Gandhi after he was arrested under the National Security Act by the Uttar Pradesh government for making a communal speech in a public meeting during an election rally.

All the accused allegedly conspired for the purpose between mid June and July five, last year. As many as seven accused pleaded not guilty to the charges and expressed their readiness to face trial in the matter.

One Mohinder was, however, discharged by the court due to lack of sufficient evidence.

Cong will change the fortunes of UP: Rahul Gandhi 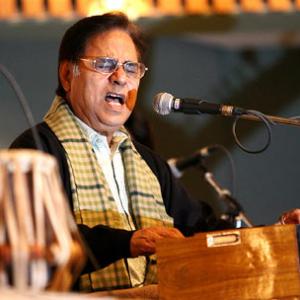