The River Yamuna in the city continued to swell on Tuesday and was flowing above the danger level, an official said. 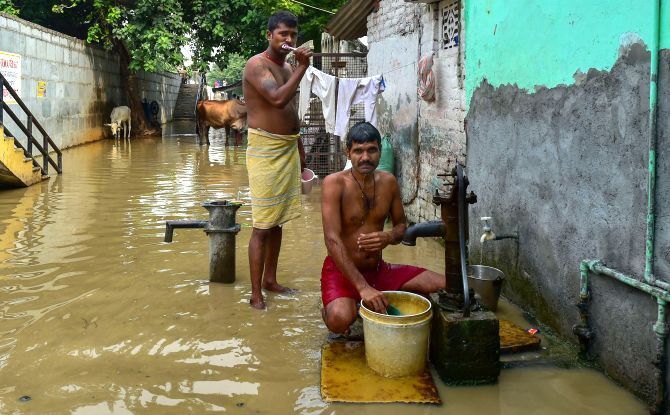 IMAGE: Residents busy doing everyday chores in a flooded locality along the banks of Yamuna river after rise in its water level following release of water from the Hathinikund Barrage, in New Delhi. Photograph: Arun Sharma/PTI Photo

"Inspected Relief Camps at Haathi Ghat and Kanchan Colony set up by Delhi Govt. Interacted with people who have been evacuated and now staying in relief camps. Have directed area DMs to ensure availability of all the relief materials," Gahlot tweeted.

On Monday, the river breached the danger mark of 205.33 metres, the official said. 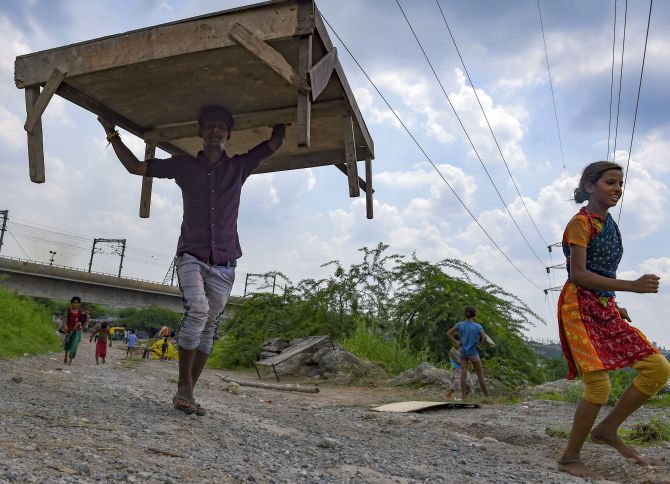 More than 10,000 people living in low-lying areas along the Yamuna in the city were evacuated by the government agencies as the river after the river breached the danger mark.

In 1978, the water in the river had risen to its highest-ever level of 207.49 metres, causing a devastating flood in the national capital.

In view of the rising level of water, authorities in Delhi have shut the Old Iron Yamuna Bride for vehicular and rail traffic. 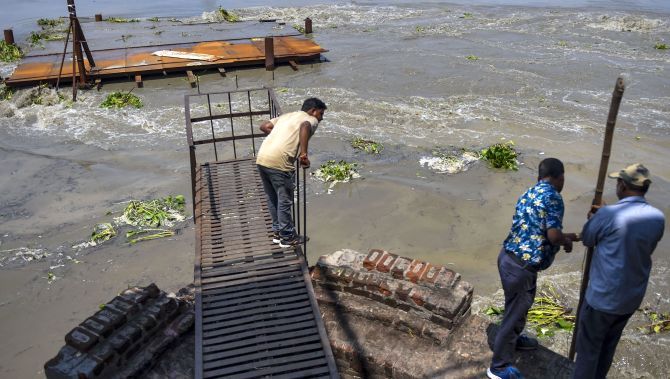 On Monday, Chief Minister Arvind Kejriwal said the water level in the river is likely to rise further with more discharge from the Hathnikund barrage by neighbouring Haryana.

People living in the floodplain of the river have been moved to over 22,000 tents set up at safe places by various Delhi government agencies. 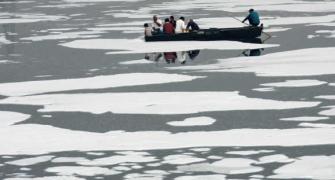 India wastes most of its water and exports the rest 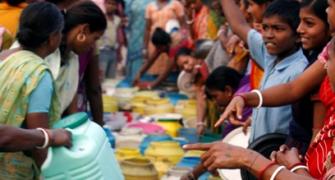 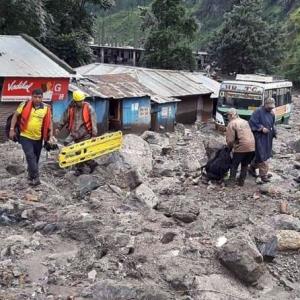