A 99-year-old army veteran, who served in India during World War II, on Thursday completed a new mission of 100 laps around his garden to raise over £13 million (Rs 124 crore) for the United Kingdom's healthcare charities fighting the coronavirus pandemic. 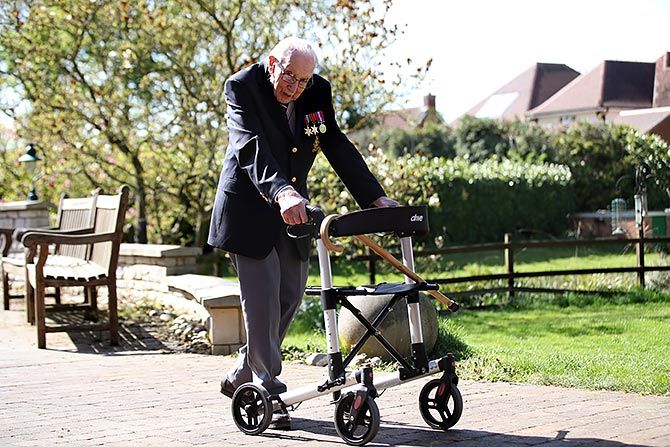 IMAGE: Retired British Army Captain Tom Moore, 99, walks to raise money for health workers, by walking the length of his garden one hundred times before his 100th birthday this month as the spread of coronavirus disease continues. Photograph: Peter Cziborra/Reuters

Captain Tom Moore, who walks with the support of a walking frame, took up the challenge initially with a target to raise £1,000 for National Health Service Charities Together by doing laps of his garden to mark his 100th birthday. His appeal on the Just Giving fundraising platform caught the public's imagination and raked in millions more than initially planned.

"I feel fine," he declared, as he took the 100th lap of his Bedfordshire garden dressed in a tie and blazer with all his war medals pinned on.

"I never dreamt I would be involved in such an occasion as this," added Moore, who was posted to British India as part of the 9 Duke of Wellington Regiment in the 1940s. 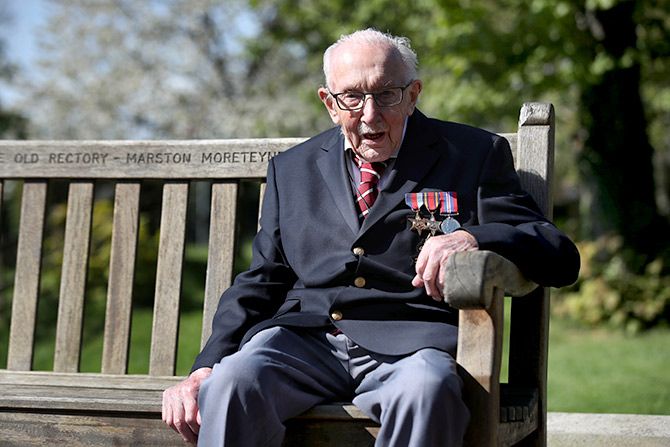 IMAGE: Captain Moore completed the final four of the laps at his home on Thursday, with a special guard of honour by the 1st battalion of the Yorkshire Regiment. Photograph: Peter Cziborra/Reuters

Moore attracted tributes and wide praise for his goal to walk the 25-metres around his garden 100 times over before April 30, his 100th birthday.

UK Chancellor Rishi Sunak recorded a special message for the war veteran, born in his constituency region of Yorkshire, to praise his "true Yorkshire grit".

"His extraordinary campaign had shown that the British spirit is as strong as it's ever been," said the Indian-origin finance minister. 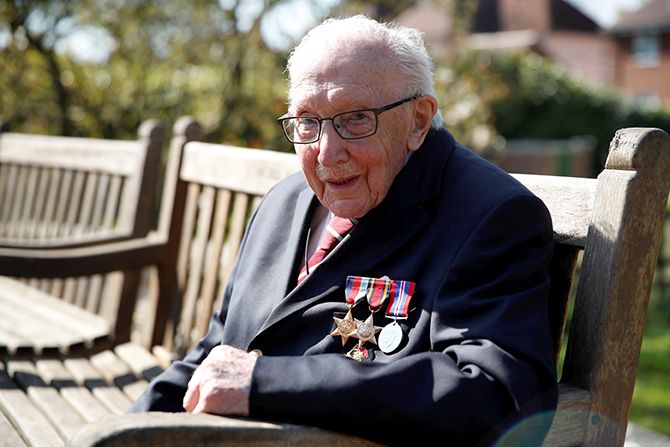 Moore's last lap was lauded with a guard of honour from the 1st Battalion of the Yorkshire Regiment, which replaced his erstwhile regiment.

Brigadier Andrew Jackson from the regiment described Moore as "an absolute legend" who came from "an exceptional generation that are still an inspiration for our Yorkshire soldiers today".

Moore has now decided to keep walking past the April 30 mark to carry on raising funds for NHS Charities Together, a collective supporting and championing the work of the NHS.

"I'll continue walking while people are contributing money to a marvellous fund for the NHS," he said.

"You've all got to remember that we will get through it in the end, it will all be right. For all those people finding it difficult at the moment, the sun will shine on you again and the clouds will go away," he
added. 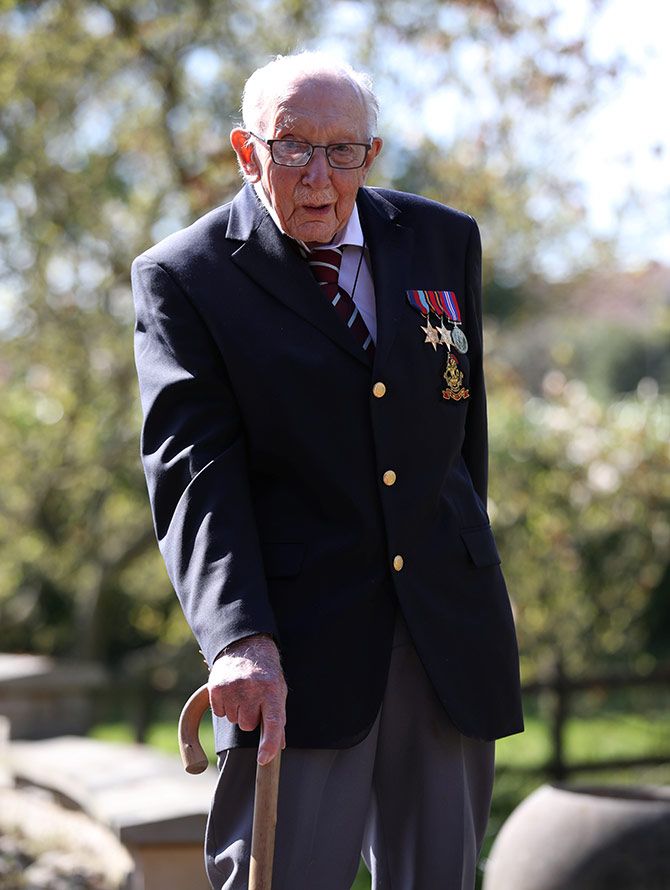 IMAGE: His daughter, Hannah Ingram-Moore, told the BBC that the amount raised was 'beyond our wildest expectations'. Photograph: Peter Cziborra/Reuters

Nearly 6,50,000 people from around the world have donated money to the fundraising page since it was set up last week.

Originally from Keighley in West Yorkshire, Moore trained as a civil engineer before enlisting in the Army for World War II, rising to the rank of captain. An online petition calling for him to receive a knighthood has attracted thousands of signatures. 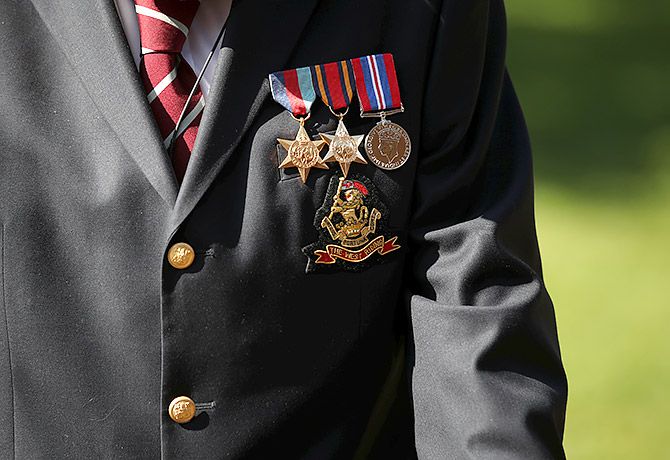 IMAGE: There have been multiple calls for him to receive a knighthood for his charitable actions, and there is an online campaign for children to make him birthday cards. Photograph: Peter Cziborra/Reuters

Moore's daughter Hannah Ingram-Moore said: "We are absolutely floored by what has been achieved but we're so happy, so humbled and so proud.

"He's a beacon of hope in dark times and I think we all need something like this to believe in and it's for such an amazing cause."

NHS Charities Together has said it was "truly inspired and humbled" and that around 150 charities would benefit from the money funds raised. 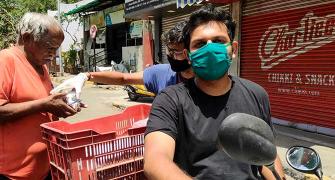 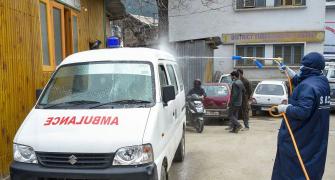 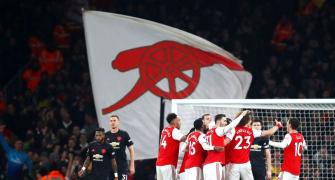 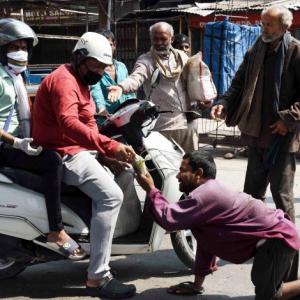 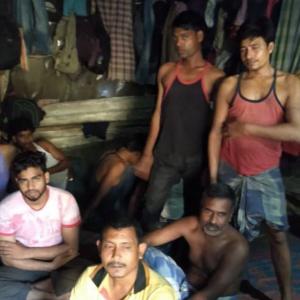