Trump and the Queen exchanged toasts shortly after they arrived at their seats at the state banquet. The US President sat to the right of the Queen at the horseshoe-shaped table.

Duke and Duchess of Cambridge, Prince William, and Kate Middleton, Prince Charles, Camilla, Duchess of Cornwall, Prime Minister Theresa May, and Treasure Secretary Steve Mnuchin were among the few who attended the banquet. 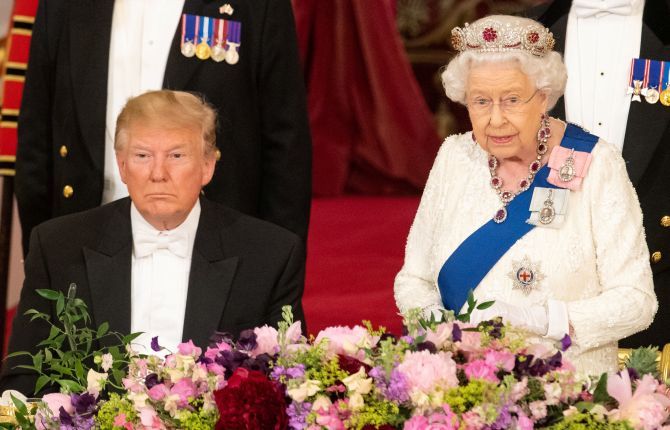 Trump and Melania were accompanied by their children -- Ivanka, Donald Trump Jr., Tiffany and Eric. Ivanka and Eric were present with their partners Jared Kushner and Lara Trump, respectively.

Duke of Sussex, who became a father in early May, met the Trumps at the Buckingham Palace. Duchess of Sussex, Meghan Markle who is on maternity leave, wasn't present at the event. Hailing the Queen as a 'great, great woman', Trump said during his address, "As we honour our shared victory and heritage, we affirm the common values that will unite us long into future: freedom, sovereignty, self-determination, the rule of law and reference for the rights given to us by almighty God." "From the Second World War to today, her majesty has stood as a constant symbol of these priceless traditions,” Trump said at the start of a state banquet.

"She has embodied the spirit of dignity, duty, and patriotism that beats proudly in every British heart." 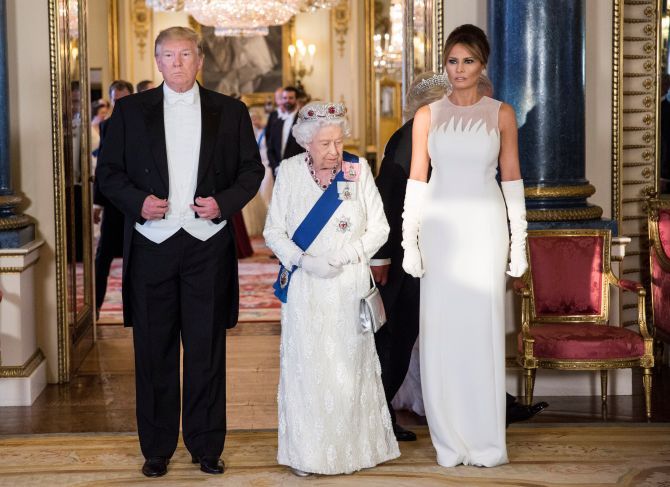 Queen Elizabeth II used her banquet speech to subtly remind the visiting US President that the international institutions set up after the World War II were designed to ensure the horrors of conflict were not repeated. The 93-year-old British monarch, in her banquet speech at the Buckingham Palace, noted that the original purpose of the institutions established after the Second World War was to make sure that the world was a safer place.

"As we face the new challenges of the 21st Century, the anniversary of D-Day reminds us of all that our countries have achieved together. After the shared sacrifices of the Second World War, Britain and the United States worked with other allies to build an assembly of international institutions, to ensure that the horrors of conflict would never be repeated. 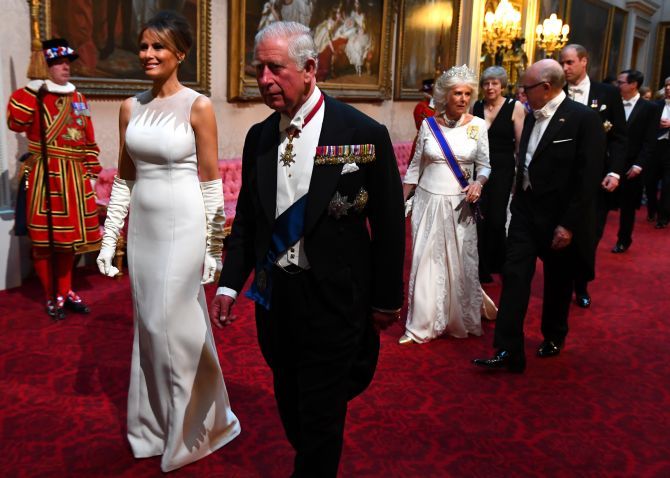 "While the world has changed, we are forever mindful of the original purpose of these structures: nations working together to safeguard a hard won peace," she said.

"Mr President, as we look to the future, I am confident that our common values and shared interests will continue to unite us. Tonight we celebrate an alliance that has helped to ensure the safety and prosperity of both our peoples for decades, and which I believe will endure for many years to come," she said before offering a toast to Trump and Melania. 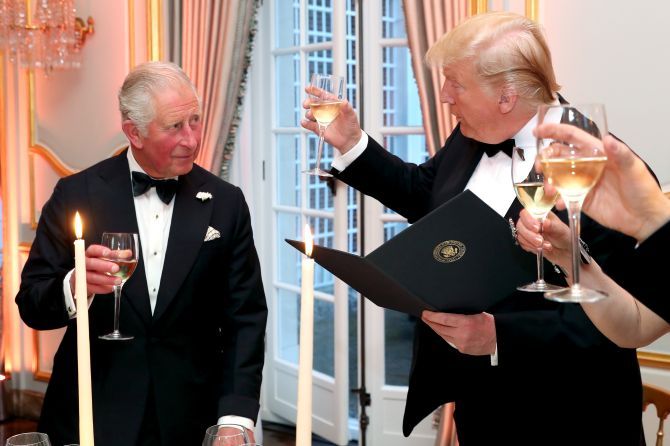 Later, the Trumps reciprocated the hospitality by hosting a return banquet for the Prince of Wales and Duchess of Cornwall. Trump and Melania were joined by Prince Charles and Camilla for a lavish dinner at the residence of US’ Ambassador to the United Kingdom.

The US President greeted the prince with a handshake after the Marine guards opened the door to the royal car outside the residence. At the Queen's banquet, Prime Minister Theresa May presented Trump with a framed copy of the Atlantic Charter, a set of principles centred on freedom and cooperation agreed by Prime Minister Winston Churchill and President Franklin Roosevelt in 1941 that formed the basis of many post-war institutions.

Both -- the Queen's speech and May's gift -- have been seen as a thinly-veiled message to a president who has repeatedly shown his disdain for multilateral organisations such as the United Nations and the North Atlantic Treaty Organisation (NATO), the BBC reported.

President Trump's visit coincides with the commemorations for the 75th anniversary of the D-Day landings, which the Queen, Trump and other heads of state will attend at Portsmouth on Wednesday. 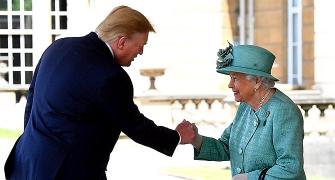 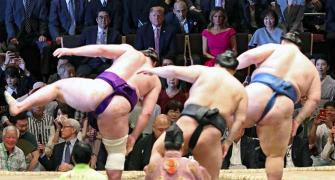