Donald Trump, known for his unpredictable leadership style, divisive rhetoric targeting both allies and opponents, and the only US president to be impeached twice, left the White House on Wednesday with a tainted legacy never seen before in American political history. 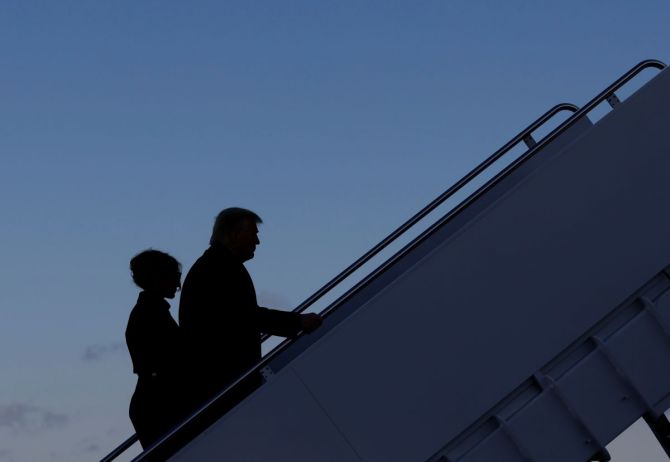 The 74-year-old real estate mogul-turned politician, who radically changed politics in the corridors of power in Washington, DC, over the past four tumultuous years, was impeached for a second time on the charges of "incitement of insurrection" for the violent storming of the US Capitol by his supporters just days before the end of his four-year term.

Trump, who lost his re-election bid to Democratic opponent and former US vice president Joe Biden, 78, in a bitterly-fought campaign marked by a resurgent COVID-19 pandemic, never conceded his defeat. Instead, he made unsubstantiated allegations of fraud in elections, charges dismissed by authorities and some senior members of his own Republican Party. IMAGE: Outgoing US President Donald Trump and first lady Melania Trump leave the White House to board Marine One ahead of the inauguration of president-elect Joe Biden, in Washington, DC, US, January 20, 2021. Photograph: Leah Millis / Reuters.

Trump, who is inseparable from controversies, was first impeached last year on charges that he abused power to boost his chances of re-election in 2020. He was subsequently acquitted by the Republican-dominated Senate in January last year.

Trump is also accused of mishandling a major public health crisis in the form of the COVID-19 pandemic that has claimed more than 400,000 lives and battered the economy. He repeatedly downplayed the threat from the Covid-19 that infected him in October last, dealing a blow to his hectic election campaign just weeks before the presidential election on November 3. IMAGE: Outgoing US President Donald Trump departs the White House aboard Marine One ahead of the inauguration of President-elect Joe Biden, in Washington, DC, US, January 20, 2021. Photograph: Andrew Kelly / Reuters.

During his campaign, Trump portrayed himself as a champion of Black people. It was in an apparent response to his criticism in the wake of the killing of African American George Floyd by a White police officer in Minneapolis that triggered large scale riots.

Trump faces several allegations such as alienating the US at the international forum, ignoring pandemic threats, paying low income tax, supporting white supremacists and playing divisive politics among others.

His four-year term in the White House was dogged by a record number of resignations by top administration officials, controversies and strain in ties with allies. 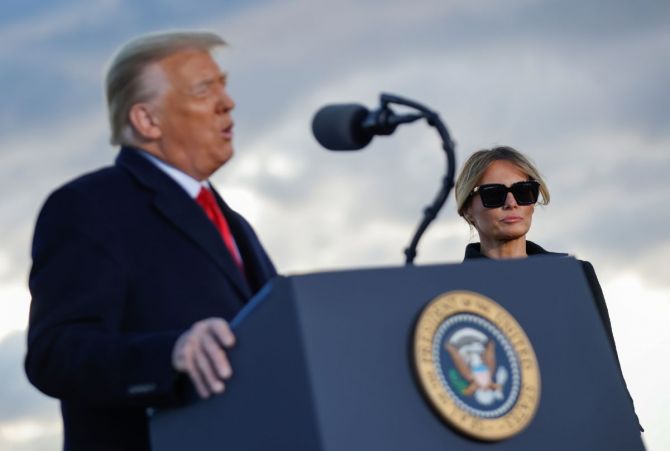 The US is now the second-largest arms supplier to India, growing from virtually no arms sales a decade ago to more than USD 20 billion today.

In 2016, the former real estate mogul ran an unconventional campaign against Democrat Hillary Clinton and tapped into the disillusionment of the average American against the establishment, moulding it into vicious anti-immigrant rhetoric which proved to be an electoral gold mine.

Trump had teased the idea of running for the presidency since 1987, but many feel the final straw for him was the 2011 White House Correspondents' dinner when he was made the unwitting target of President Barack Obama's pointed jokes.

Trump was born in Queens, the fourth child of New York real estate tycoon Fred Trump. He attended the Wharton School and got into real estate with a USD 1 million loan from his father before joining the company.

He helped manage his father's extensive portfolio of residential housing projects in the New York City boroughs, and took control of the company -- which he renamed the Trump Organisation -- in 1971.

Considered a ruthless businessman, Trump transformed his family's business from residential units in Brooklyn and Queens to high-class Manhattan projects.

Behind this veneer of success, however, are a series of failed ventures -- Trump has filed for bankruptcies and has been accused of not paying his contractors and selling small businesses that work for him short.

He is known as much for being an entertainment tycoon as he is for owning prime real estate across the world. He built an empire in the entertainment business, and from 1996 until 2015, was an owner in the Miss Universe, Miss USA, and Miss Teen USA beauty pageants. 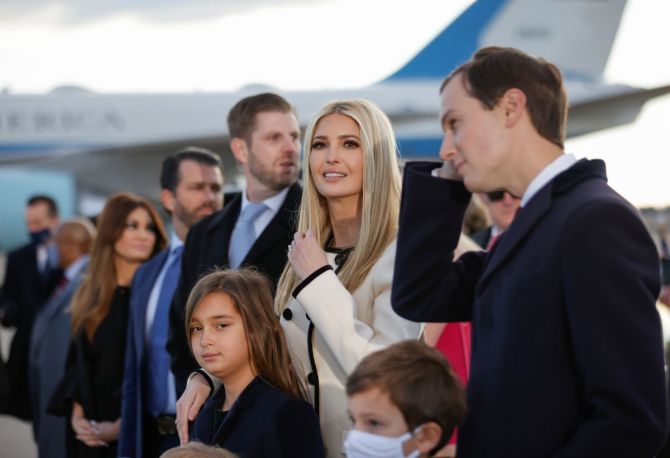 In 2003, he launched a reality television show called The Apprentice in which contestants competed for a shot at a job within Trump's organisation. The show, which became known for Trump's firebrand and brutal tagline ‘You are fired’, ran for 14 seasons.

He married thrice and is currently husband to Melania Trump. His children are Donald Trump Jr, Ivanka, Eric, Tiffany and Barron.

Trump, who is the only person to assume the US presidency without first having served in public office or in a high military rank, heavily relied on Twitter to deliver his messages to his supporters.

However, his social media accounts were blocked after the deadly attack on the Capitol, leaving him with little alternatives such as friendly news networks to get his message out at the time of leaving the White House.

Trump did not attend the oath ceremony of Biden, becoming the first president to skip his successor's inauguration since Andrew Johnson in 1869. Trump left the White House without welcoming his successor. 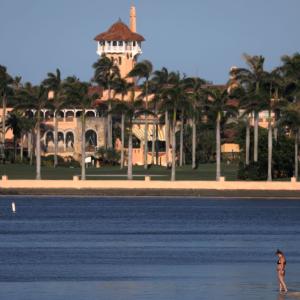 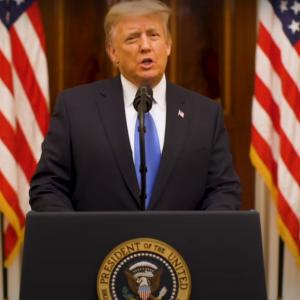