Various Central and state government offices were shut, shops and business establishments closed and public transport, including buses, were off the roads in Thiruvananthapuram Corporation limits as triple lockdown measurescame into force on Monday in the backdrop of the rise in COVID-19 cases. 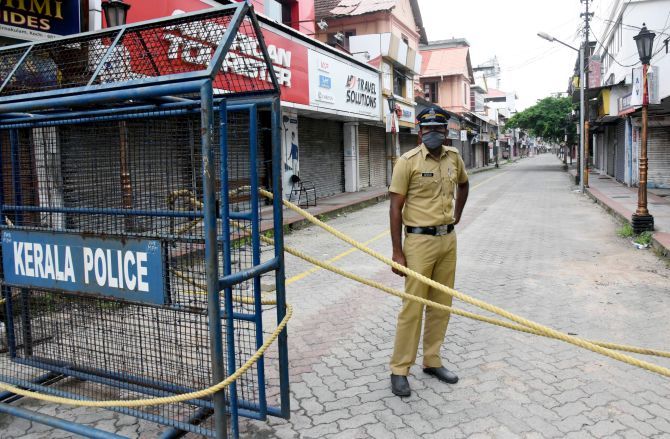 At the Secretariat, the seat of the administration housing important ministries and bureaucratic offices, only offices of the Chief Secretary, Homeand Revenue secretaries, were functioning, government sources said.

The triple lockdown in force from Monday would last for a week.

Tourism Minister Kadakkampally Surendran said as the situation was grim, stringent measures will continue in the state capital even after the week-long triple lockdown.

The capital city was "sitting on an active volcano" which could burst any time, the minister had said on Sunday adding the state government had also decided to conduct more antigen tests in the district.

Deputy Commissioner of Police Divya Gopinath told reporters since 6 am on Monday, all the wards in the corporation and highways have been sealed, adding cases would be registered and vehicles seized if people come out of their homes unnecessarily and violators would have to undergo institutional quarantine.

The aim of the stringent triple lockdown strategy, which was successfully implemented earlier in the northern Kasaragod and Kannur districts and in some parts of Malappuram, was to keep all positive cases and their primary and secondary contacts inside their houses to prevent community spread of the virus.

While 2,228 people are presently under treatment, over 3,000 people have recovered.

The state had reported 225 fresh cases on Sunday of which 38 were infected through contact, of whom 22 are from Thiruvananthapuram.

At least 130 people are currently undergoing treatment in various hospitals in the district.

"Epidemiological investigation has been carried out ineach and every case andtheir primary and secondary contacts have been traced for effective containment of further transmission of disease. Until Sunday, 30 cases of unknown sources have been identified in the last one month in Thiruvananthapuram district," district Collector Dr Navjot Khosa said.

The epidemiology of these cases is being established.

But their contact tracing has been completed and primary contacts, spread along various local-self governments in Thiruvananthapuram district, have been identified.

Most of these unknown cases and local contacts have a large number of contacts throughout the city, Khosa said.

"People have been directed to stay at home/indoor and not to come out. Only essential services will be allowed in containment zones. Movement of people in and out of containment zones or within the corporation areas will not be permitted except for medical emergencies, maintaining supply of essential goods and services," the collector said in an order.

People should avoid going out to buy grocery or food items and instead they can contact police for procuring the very essential items.

Door delivery will be made in deserving and essential cases, the order stated.

Prosecution procedures would be launched against those violating containment measures, the collector stated. 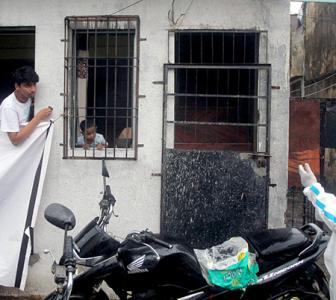 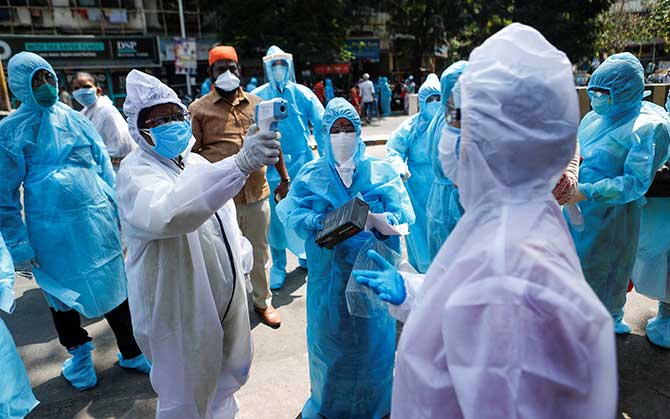 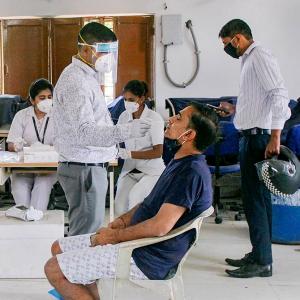