Floral tributes were paid on Friday to the martyrs who laid down their lives while fighting terrorists who attacked Mumbai on November 26, 2008. IMAGE: Police personnel pay tribute to the martyrs at the Police Martyrs' Memorial on the 13th anniversary of 26/11 terror attacks, in Mumbai, on Friday, November 26, 2021. All Photographs: Kunal Patil/PTI Photo

The martyrs' memorial has been relocated from the original site at Police Gymkhana in Marine Drive to the police headquarters at Crawford Market because of the ongoing work on the Coastal Road project, an official said.

Chief Minister Uddhav Thackeray, who is recuperating in a Mumbai hospital after spine surgery, also remembered the 26/11 martyrs. 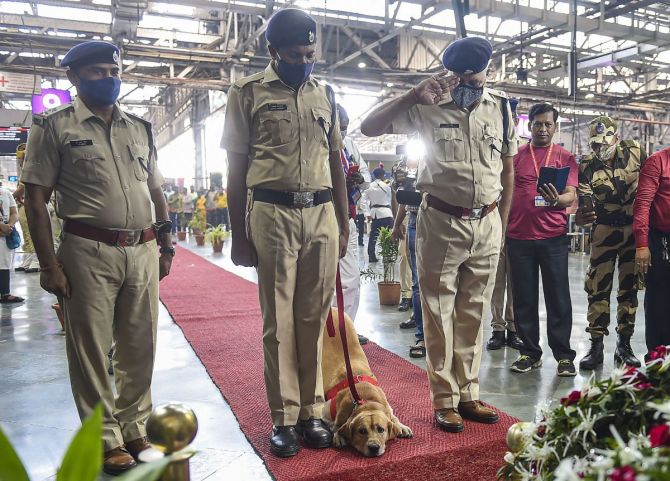 IMAGE: Railway Police Force (RPF) officers along with their sniffer dog pay tribute to the martyrs.

In a tweet, Thackeray said the terror attack was a clear example of the 'cowardly mindset' of terrorists.

The 13th anniversary of the deadly terror attack was attended by a limited number of people in the wake of the COVID-19 pandemic.

Tributes were also paid at Cama and Albless Hospital, Chhatrapati Shivaji Maharaj Terminus and near the Gateway of India, some of the places in south Mumbai that were targeted by the terrorists during the 26/11 attack. 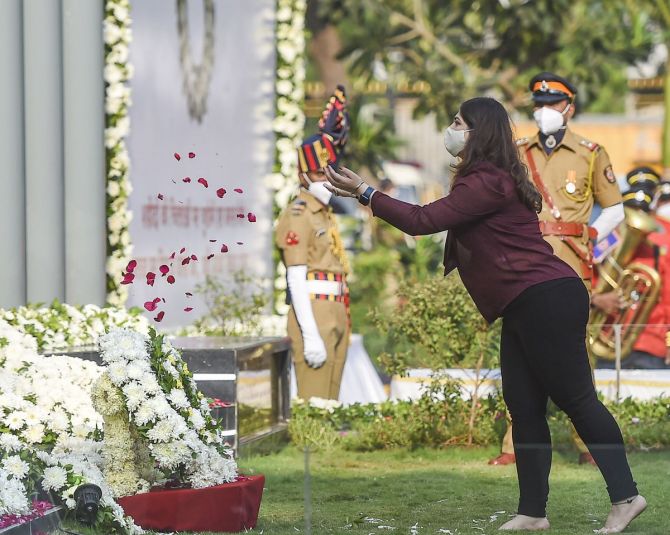 IMAGE: Daughter of late police inspector Vijay Salaskar, who was killed during the attacks, pays tribute at the memorial.

Banners and hoardings of martyrs were put up at various locations in south Mumbai, where floral tribute was paid by common citizens.

As a mark gratitude, people were seen offering flowers to the on-duty security personnel at the Gateway of India.

Police were deployed at various key locations in the city as a precautionary measure. 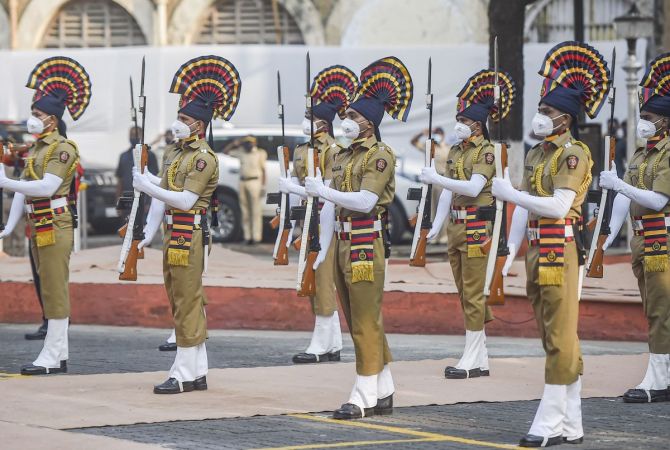 'Thirteen years have passed yet their courage in face of extreme adversities still inspires us. Remembering Mumbai's saviours on the anniversary of 26/11,' tweeted Mumbai police commissioner Hemant Nagrale, who along with Maharashtra Director General of Police Sanjay Pandey paid floral tributes at the memorial.

'We will forever carry their unyielding spirits in our hearts. Their sacrifice will always be remembered,' tweeted Mumbai Police.

President Ram Nath Kovind paid tributes to the martyrs and homage to the victims of the 26/11 Mumbai terror attacks, and said the nation will always be grateful to the security personnel who laid down their lives in the line of duty.

Union home minister Amit Shah saluted the daring of the security personnel who fought the terrorists and made the supreme sacrifice. 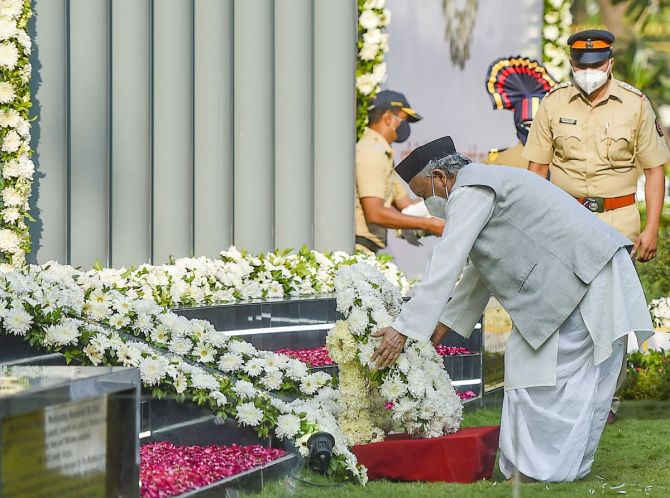 'The entire country is proud of your bravery and will always remember your sacrifice,' Shah tweeted.

Congress leader Rahul Gandhi remembered the martyrs of the 26/11 attacks and paid them rich tributes. He shared a two-minute video of the pictures of all the martyrs who gave the supreme sacrifice in the attacks.

On November 26, 2008, 10 Lashkar-e-Tayiba terrorists from Pakistan arrived by sea route and opened fire, killing 166 people, including 18 security personnel, and injuring several others during the 60-hour siege in Mumbai. 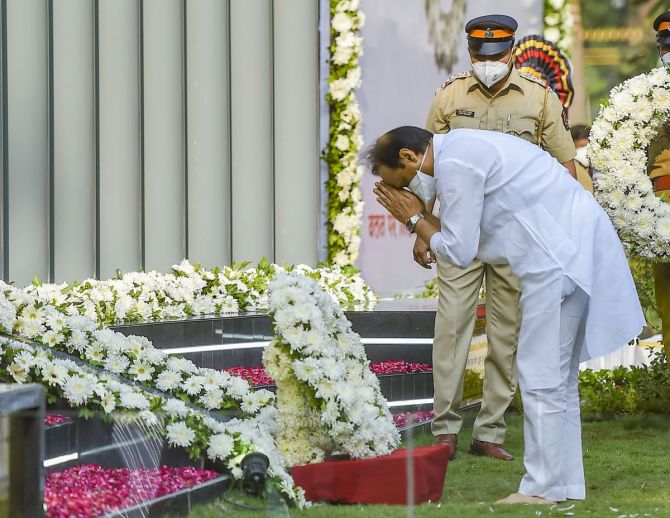 Nine terrorists were later killed by the security forces, including the NSG, the country's elite commando force. 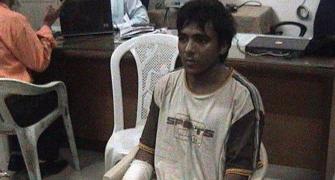 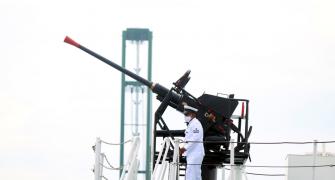 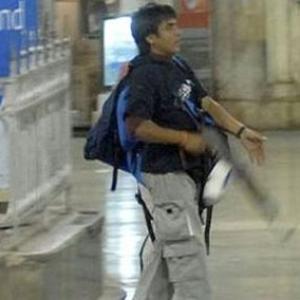 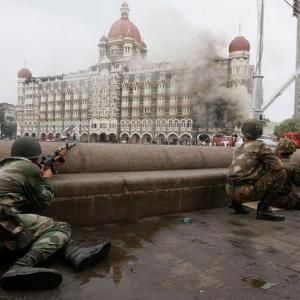 ISI yet again comes to rescue of 26/11 masterminds