Congress leader Manish Tewari has in his latest book criticised the United Progressive Alliance government for its response to the 26/11 Mumbai terror strikes, saying "restraint is not a sign of strength" and that India should have taken concrete action following the attack. The Bharatiya Janata Party on Tuesday latched on to his views to allege that the Congress-led UPA government put national security at stake by not responding strongly after the Mumbai terror attacks.

Tewari has also hit out at the Narendra Modi government, alleging that the scrapping of the Mountain Strike Corps is the "greatest disservice" that the BJP government did to India's national security.

In his book 10 Flashpoints: 20 years that is set to be released on December 2, the former Union minister looks back at the security situations that have impacted India in the last two decades.

Tewari is a member of the 'Group of 23' leaders who had written to Sonia Gandhi seeking organisational overhaul and elections for every post in the Congress party.

"Happy to announce that my Fourth Book will be in the market shortly - 10 Flash Points; 20 Years - National Security Situations that Impacted India. The book objectively delves into every salient National Security Challenge India has faced in the past two decades," Tewari said in a tweet in the morning while announcing his book.

He has in the book dissected the responses both in terms of success and failures and examined the tools and processes of Indian statecraft in terms of both diplomacy and intelligence.

"For a state that has no compunctions in brutally slaughtering hundreds of innocent people, restraint is not a sign of strength; it is perceived as a symbol of weakness," he said in his book.

"There comes a time when actions must speak louder than words. 26/11 was one such time when it just should have been done. It, therefore, is my considered opinion that India should have actioned a kinetic response in the days following India's 9/11," he said.

His reference were to targeted strikes against Pakistan and dismantle terror infrastructure after the Mumbai attacks, sources close to him said.

The nation would observe the 13th anniversary of 26/11 Mumbai terror attacks later this week.

The Congress, however, did not respond officially to the remarks made in Tewari's book. Party's national spokesperson Pawan Khera said the book is not yet out and one cannot comment without reading it.

Congress leader Adhir Ranjan Chowdhury, however, said it is strange that Tewari has woken up now on 26/11 attacks and he should focus his criticism on China and what it was doing on Indian territory instead.

This is the second time this month that the Congress had to grapple with remarks made by its leaders in their latest books.

Party leader Salman Khurshid recently raked up a row after drawing a parallel of Hindutva with Islamist radical outfits like IS and Boko Haram, drawing criticisms from within and the BJP.

Reacting to the contents of the book, BJP spokesperson Gaurav Bhatia said this confirms that the UPA government was "useless".

Hitting back at the BJP, Tewari said, "I am rather amused at BJP's reaction to one excerpt from a 304 Page book that tries to dissect responses to National Security situations that impacted India."

"I wonder would they react similarly to some 'hard analysis' about their handling of the National Security remit also," he asked.

Tewari attacked the BJP government over the scrapping of the Mountain Strike Corps which he termed as the "greatest disservice" it has done to India's national security.

The former minister said in July 2018, the defence and finance ministers of the subsequent Modi-led government shelved all the plans of raising the Mountain Strike Corps against China citing financial constraints.

Mounting pressure on the LAC leading to the Doklam crisis in 2017 could have been averted provided the mountain strike corps would have been raised, trained, resourced and efficaciously deployed, he said.

He also said while the triumphant Taliban claim that just as the fighting and fiercely independent people of Afghanistan had vanquished the Soviet Union, a superpower in the penultimate decade of the 20th century, it had similarly defeated the only remaining hyper-power, the US, in the second decade of the 21st century through guile, cunning and military tactics.

It would have profound consequences on Pax Americana and the US's reliability qua its allies around the world, he noted.

The Congress leader said the implication of such an assertion and the unfolding situation in Afghanistan is that it would give a huge fillip to all kinds of militant and terrorist organisations in West and South Asia from the lslamic State-Daesh and al-Qaeda to the LeT and JeM respectively.

"Both radicalism and extremism would be exacerbated.This will have implications on the security situation in Jammu and Kashmir and the other north-estern border states also," he noted. 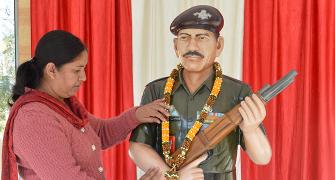 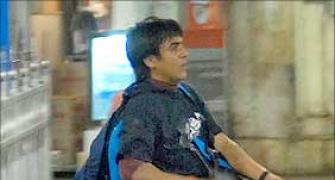 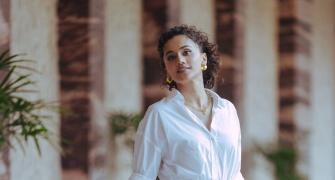