Survivors of the Hirakhand Express mishap on Sunday recounted their horrific experience when the trains nine bogies and the engine jumped off the track near Kuneru in Andhra Pradesh. 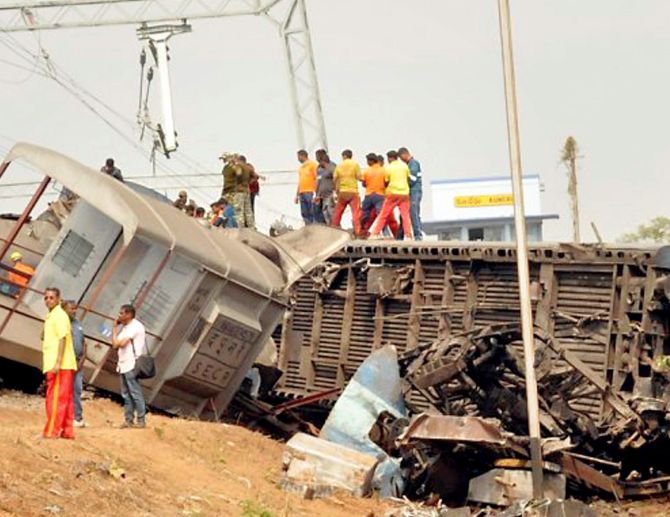 IMAGE: The mangled remains of Hirakhand Express which met with an accident near Kuneru station. Photograph: PTI Photo

“It was horrific and frightening. I was among the lucky ones to have escaped narrowly after the mishap that struck late last night,” said Ranjan Mohanty, a Baripada college
principal.

Mohanty, who was returning in the Jagdalpur-Bhubaneswar Hirakhand Express train after attending the wedding ceremony of a relative, said he was sleeping and woke up with a sudden jerk and deafening sound to find himself on the floor.

While the derailment claimed at least 39 lives, the passengers, Mohanty said, travelling in his coach escaped with minor injuries and fractures.

However, the adjacent S-9 coach was perhaps one of the worst affected, Mohanty said, adding he was among the survivors who were sent by a special train to Bhubaneswar via Sambalpur from where he would proceed to Baripada.

Similar was the experience of Prakash Sahu, a youth who failed to figure out as to what exactly had happened when a loud bang woke him up from deep sleep and he was flung from the berth.

Sahu said he along with some fellow passengers managed to move out of the coach with much difficulty and to comprehend what had happened.

“We are lucky enough to be alive though our belongings, mobile phones and other articles were lost,” he said. 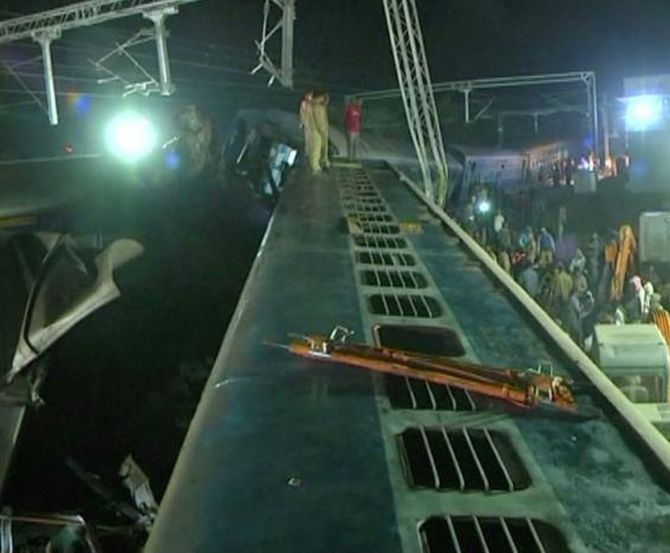 IMAGE: Derailed coaches of a Hirakhand express train from Jagdalpur to Bhubaneswar are seen near Kuneri station, in the state of Andhra Pradesh. Photograph: Reuters TV

For little girl Sai Suchitra, who suffered injuries and was taken to Rayagada hospital, it was a nightmare.

Bhagban Majhi, a youth who left with a fractured limb after the mishap, said it was pitch dark and he could only hear screams of injured passengers and wailing relatives who lost their dear ones.

It took some time for the rescue teams to reach the mishap site.

Another youth who travelled by the special train to Bhubaneswar via Sambalpur after the derailment said there was panic among the passengers and the whole area was filled with cries of accident victims.

“After we moved out of our coach, we could see the devastating effect of the derailment. Bodies could be seen in the severely mangled coaches,” he said, adding that passengers of unaffected bogies also tried to help those trapped in derailed coaches but darkness was a major hurdle before rescue teams arrived at the scene.

Among the survivors was a couple travelling to Bhubaneswar from Bhawanipatna to attend a marriage function.

Sanjay and his wife Jhili were about to sleep after dinner when there was loud sound and the bogie jolted violently and luggage of passengers fell scattered all around.

Those unhurt in the mishap made efforts to pull out the children and women, said Sanjay. 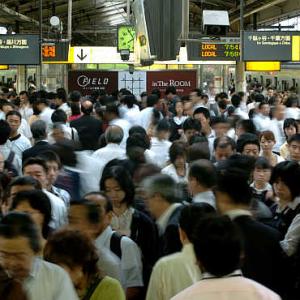