News
Business
Movies
Sports
Cricket
Get Ahead
Money Tips
Shopping
Sign in  |  Create a Rediffmail account
Rediff.com  » News » NASA images reveal how we light up the world at night

NASA images reveal how we light up the world at night

National Aeronautics and Space Administration scientists on Thursday released new global maps of Earth at night, providing the clearest yet composite view of the patterns of human settlement across our planet. 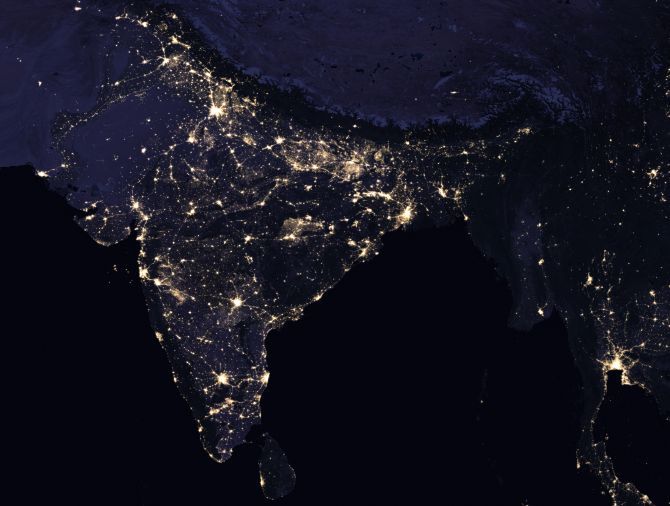 IMAGE: A night time view of India and its neighbouring areas in 2016.

Satellite images of Earth at night -- often referred to as ‘night lights’ -- have been a source of curiosity for public and a tool for fundamental research for nearly 25 years.

They have provided a broad, beautiful picture, showing how humans have shaped the planet and lit up the darkness.

Produced every decade or so, such maps have spawned hundreds of pop-culture uses and dozens of economic, social science and environmental research projects. 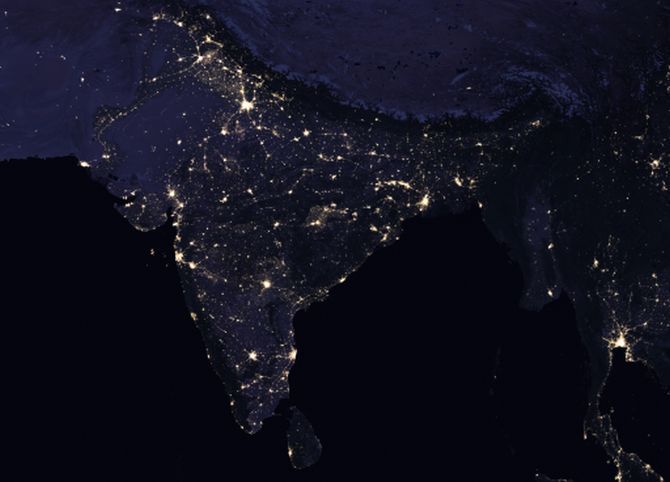 Now, a research team led by Earth scientist Miguel Roman of NASA’s Goddard Space Flight Centre in the United States plans to find out if night lights imagery could be updated yearly, monthly or even daily.

In the years since the 2011 launch of the NASA- National Oceanic and Atmospheric Administration Suomi National Polar-orbiting Partnership satellite, researchers have been analysing night lights data and developing new software and algorithms to make night lights imagery clearer, more accurate and readily available. 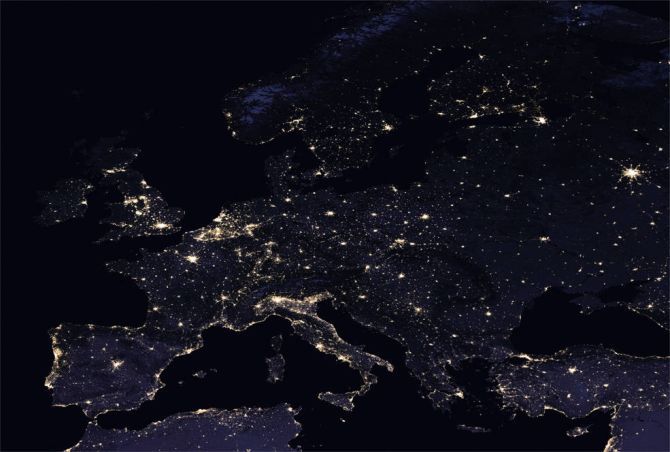 They are now on the verge of providing daily, high-definition views of Earth at night, and are targeting the release of such data to the science community later this year.

Since researchers from the National Oceanic and Atmospheric Administration and NASA released a new Earth at night map in 2012, Roman and teammates at NASA’s Earth Observing Satellite Data and Information System have been working to integrate night time data into NASA’s Global Imagery Browse Services and Worldview mapping tools.

The new global composite map of night lights was observed in 2016. The NASA group has examined the different ways that light is radiated, scattered and reflected by land, atmospheric and ocean surfaces.

The principal challenge in night time satellite imaging is accounting for the phases of the moon, which constantly varies the amount of light shining on Earth, though in predictable ways. 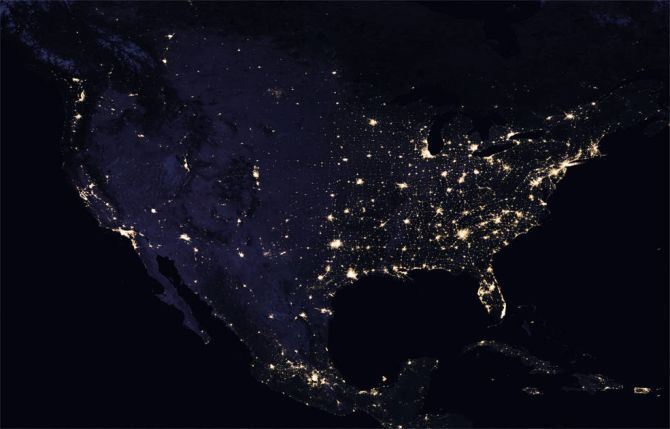 IMAGE: The United States and other North American countries in 2016.

Likewise, seasonal vegetation, clouds, aerosols, snow and ice cover, and even faint atmospheric emissions (such as airglow and auroras) change the way light is observed in different parts of the world.

The new maps were produced with data from all months of each year. The team wrote code that picked the clearest night views each month, ultimately combining moonlight-free and moonlight-corrected data.

Suomi NPP observes nearly every location on Earth at roughly 1.30 pm and 1.30 am (local time) each day, observing the planet in vertical 3,000-kilometre strips from pole to pole. 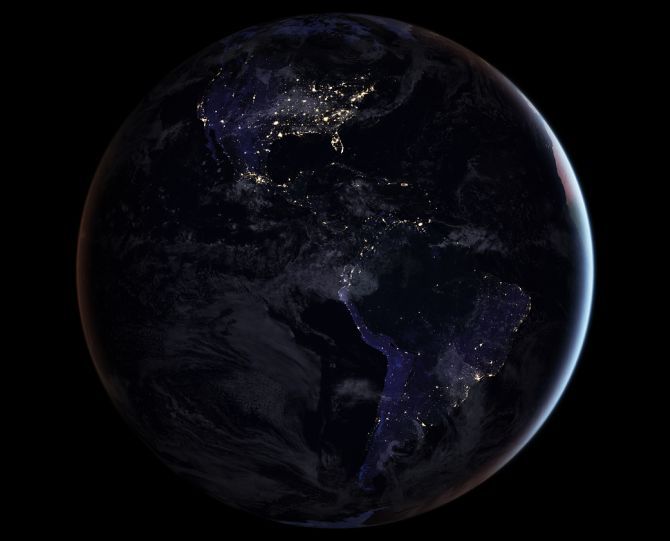 IMAGE: The western hemisphere in 2016.

Suomi NPP data is freely available to scientists within minutes to hours of acquisition.

Armed with more accurate nighttime environmental products, the NASA team is now automating the processing so that users will be able to view night time imagery within hours of acquisition.

This has the potential to aid short-term weather forecasting and disaster response. 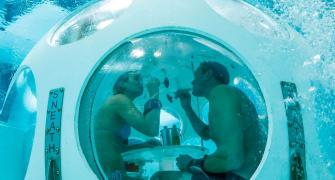 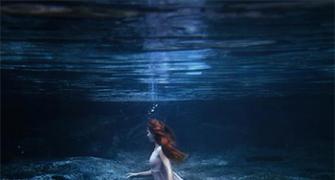 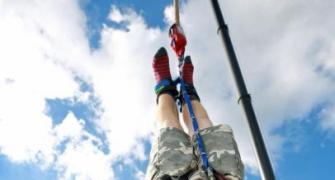 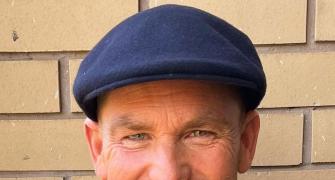 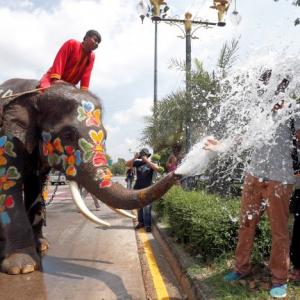 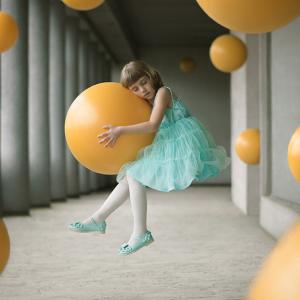