They have been working for years and decades in fields ranging from water conservation to cleanliness to disability rights, but their messages spread far and wide like never before this Sunday as seven woman achievers got to use Prime Minister Narendra Modi's accounts on social media to share their stories. 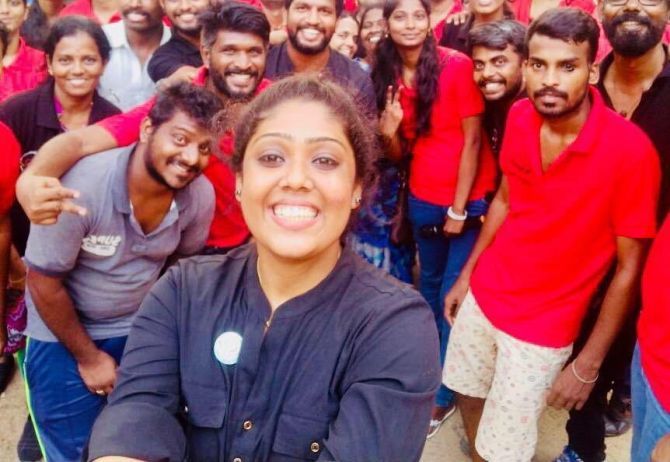 Women like Kalavati Devi, a Kanpur-based sanitation activist, Veena Devi, an innovative farmer from Munger in Bihar, Vijaya Pawar, who promotes handicrafts from the Banjara community of rural Maharashtra, and Arifa Jaan, who highlights traditional crafts of Kashmir, are not on Twitter but their work was the talk of the social media platform through the day.

They gave a call for women to be self-reliant and asked people to join them in their respective cause.

"When tradition meets modernity, wonders can happen. I experienced this in my work. It is designed to suit the modern day market. My first business activity was participating in an exhibition of handmade items in New Delhi. This exhibit attracted a good clientele and a turnover," Jaan said. 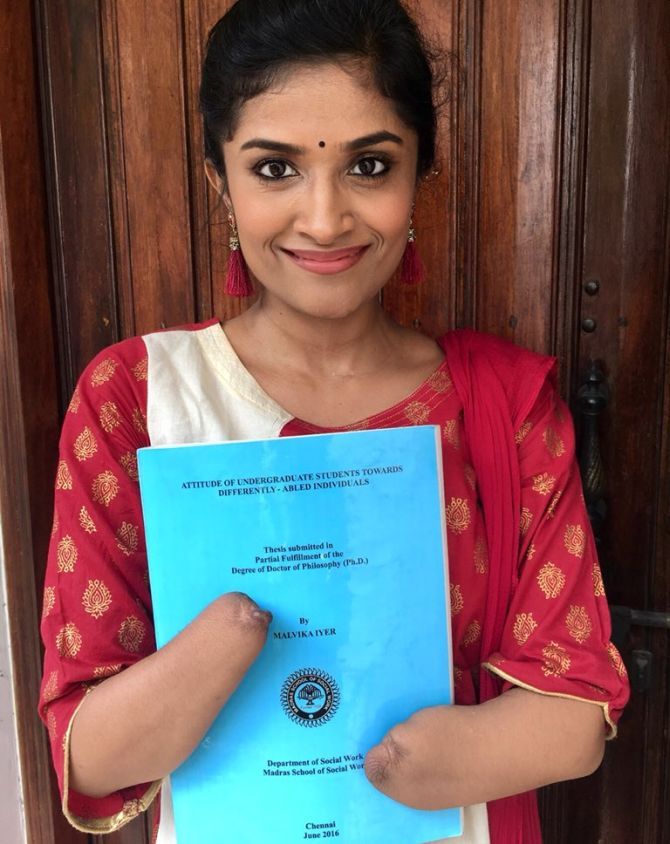 IMAGE: Malvika Iyer survived a gruesome bomb blast at the age of 13 that blew off her hands and severely damaged her legs.

Praising Modi for the initiative, she said this will help her to work harder for the betterment of craft as well as the artisans all over Kashmir.

"I feel it is important for more women to focus on becoming self-reliant and help other women," she said.

People also heard the inspiring story of Malvika Iyer, who survived a bomb blast at the age of 13 that blew off her hands and severely damaged her legs, and went on to become a motivational speaker, disability rights activist and model.

"Giving up is never an option. Forget your limitations and take on the world with confidence and hope... I believe education is indispensable for change. 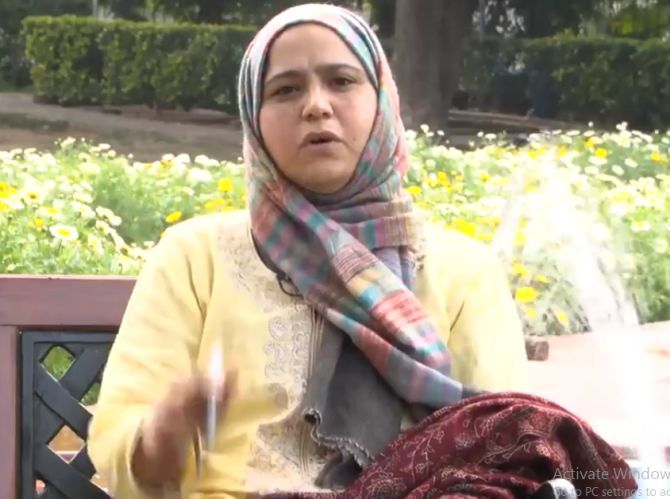 IMAGE: Arifa Jaan from Kashmir has revived the traditional crafts of Kashmir.

"We need to sensitise young minds about discriminatory attitudes. We need to show people with disabilities as role models instead of showing them as weak and dependent," she tweeted from the PM's personal handle.

There were also moments of humour as they responded to some messages they received.

One person was given a followback on Twitter by Modi's handle, which was then used by one of these women, while other was told "New India, try logging in" when he sought password of the account.

A Twitter user commended the exercise as a "noble endeavour" and thanked Modi for "introducing these extraordinary women with unparalleled inspirational stories", after Sneha Mohandoss, who works to eradicate hunger, shared her story.

She urged the people to feed the homeless. 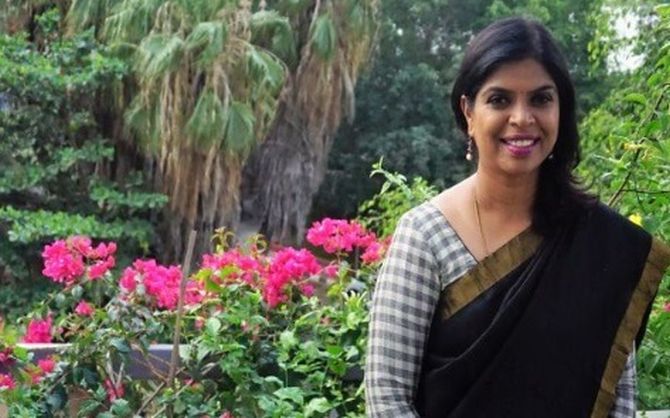 "I am using the PM's handle to spread awareness on the need to remove hunger. Will you and others help me? It's simple. Feed the needy, ensure no food goes waste," she said.

She said she works with volunteers, many of whom are outside India, to work towards eradicating hunger, and takes initiatives like mass cooking, cooking marathons and breast feeding awareness drives. 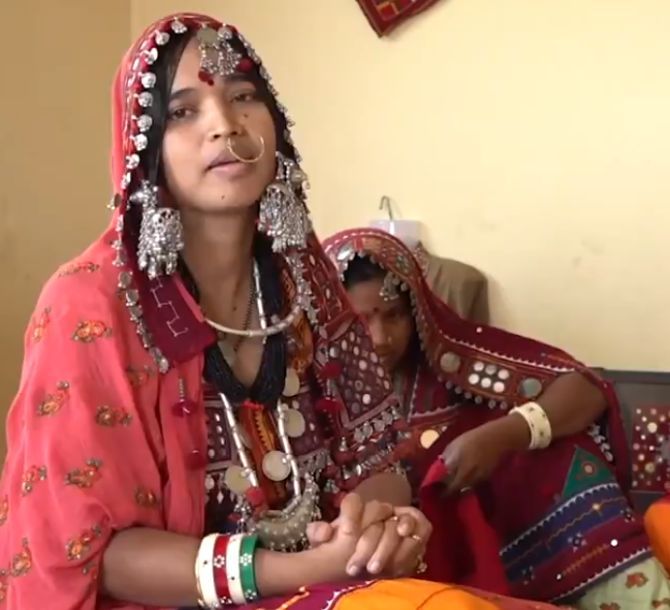 Arifa Jaan said she always dreamt of reviving the traditional crafts of Kashmir because this is a means to empower local women.

After witnessing the poor conditions of woman artisans, she began working to revive Namda craft, she said.

"I never imagined I could bring back birds to a lake or tweet from our PM's handle. With a firm resolve, the impossible can emerge. We can bring a change in the communities with collective action on how we manage water resources. Let us be become problem solvers," she tweeted from Modi's handle.

The number of Twitter followers of some of them saw a huge jump during the day. 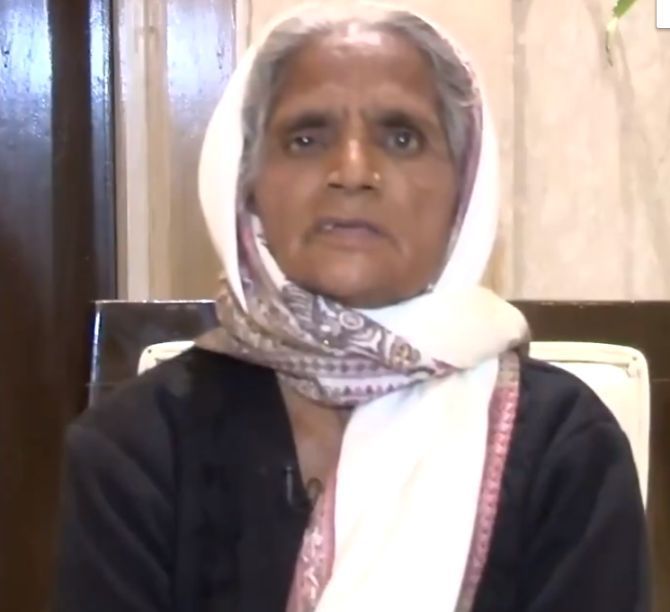 When a user pointed out that Mohandoss' followers on Twitter had doubled in an hour, she hoped that efforts towards removing hunger also double now and wished that all her followers will also follow her mission

Veena Devi, the Munger-based farmer, said, "Where there is a will, there is a way. Anything can be achieved with willpower. My real recognition came from cultivating one kilo of mushrooms under bed. This not only made me self-sufficient but also gave me a new life by boosting my self-confidence." She became a sarpanch and also trains other women.

She made a name for herself by successfully cultivating mushrooms under bed at home due to lack of space.

They used the hashtag "she inspires us" for their tweets. IMAGE: Veena Devi of Munger in Bihar is known as the Mushroom Mahila.

Kalavati Devi recalled that the place where she lived was full of garbage and filth, but she was of firm resolve that things can be changed. She worked to educate people about the need for hygiene and collected money to build toilets. "At last I succeeded," she said.

Vijaya Pawar said, "You have heard about handicrafts from different parts of India. My fellow Indians, I present to you handicrafts of the Banjara community in rural Maharashtra. I have been working on this for the last 2 decades and have been assisted by a thousand more women."

Some of them posed video messages as well to highlight their journeys. 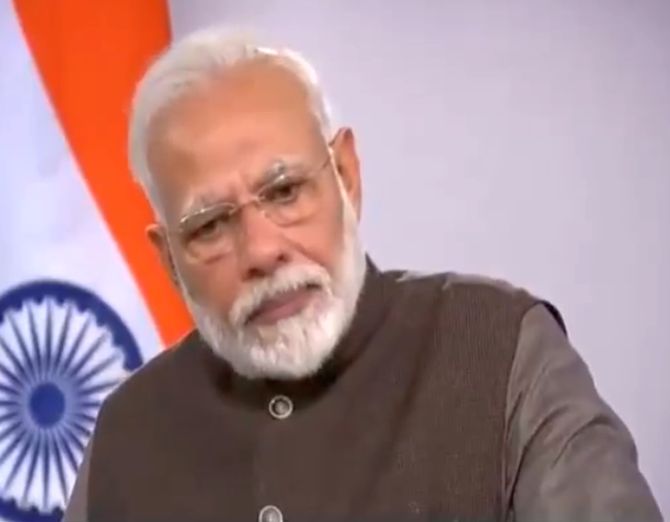