News
Business
Movies
Sports
Cricket
Get Ahead
Money Tips
Shopping
Sign in  |  Create a Rediffmail account
Rediff.com  » News » The heat is on!

Parts of the country are reeling under severe heat wave conditions, resulting in temperatures soaring in the 40s.

In fact, Banda in Uttar Pradesh recorded the highest temperature of 47 degree Celsius on Monday.

India is really feeling the heat and these images prove it… 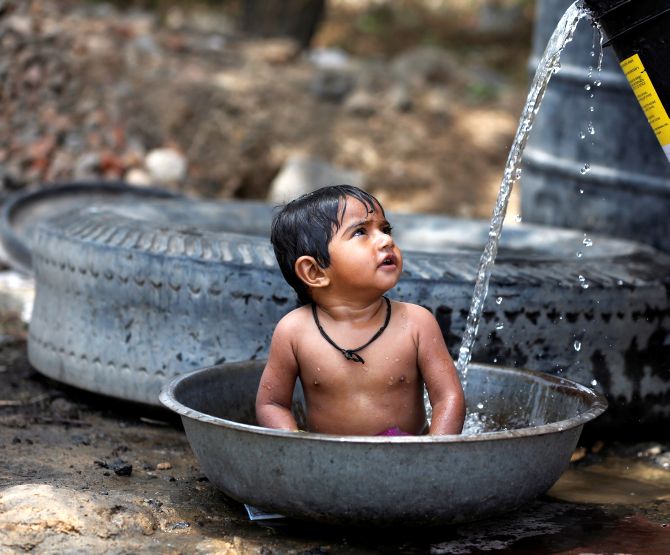 Thanda, thanda paani: A baby girl cools off as her mother (not pictured) fills the tub with water on a hot summer day, outside a farm on the outskirts of Ahmedabad. Photograph: Amit Dave/Reuters 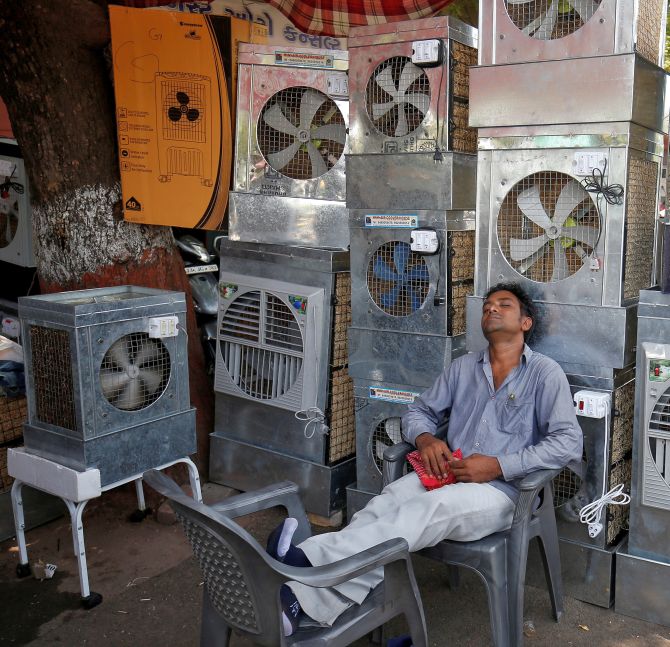 Cool idea: A vendor finds a way to beat the heat by surrounding himself with air coolers! Photograph: Amit Dave/Reuters 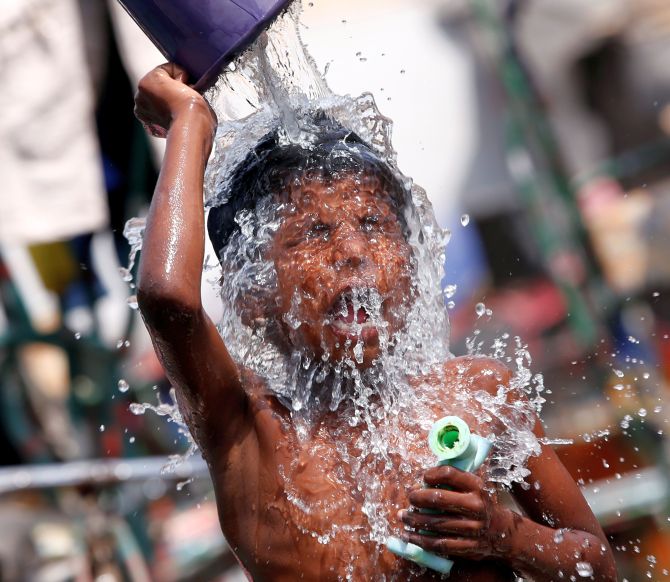 Wet and wild: Soaking yourself in cold water seems to be the best bet to keep the heat at bay. Photograph: Adnan Abidi/Reuters 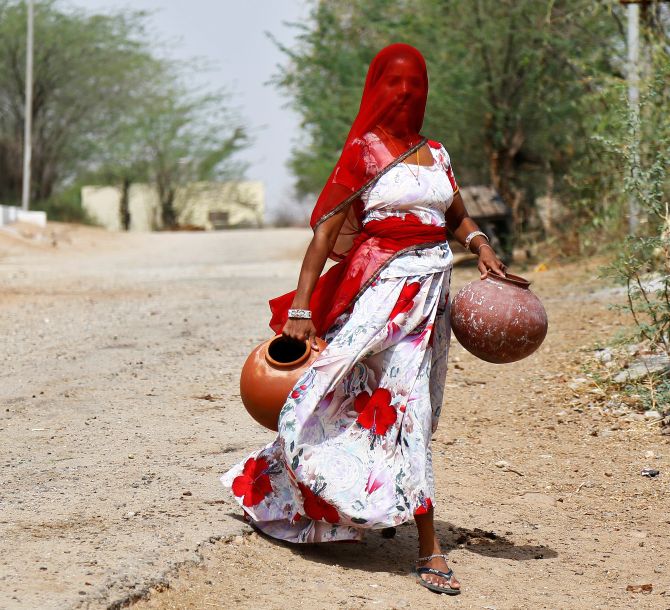 Water woman: A woman trudges her way in the scorching heat to collect water on the outskirts of Ajmer, Rajasthan. Photograph: Himanshu Sharma/Reuters 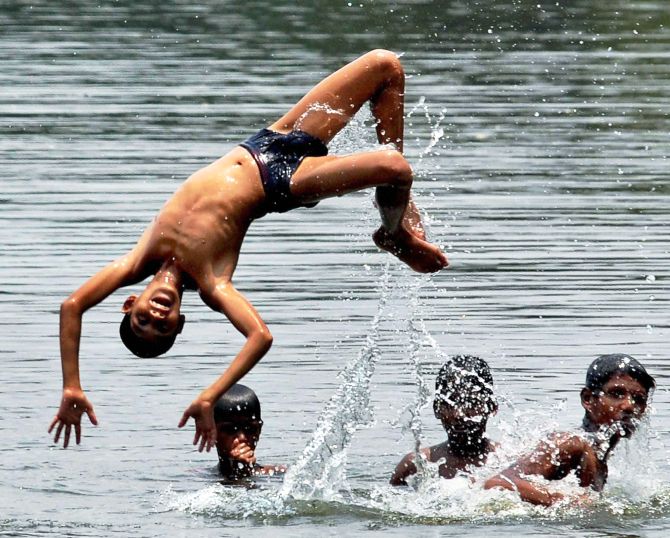 Making a splash: A boy dives into water to beat the heat at Rabindra Sarobar lake in Kolkata. Photograph: PTI Photo 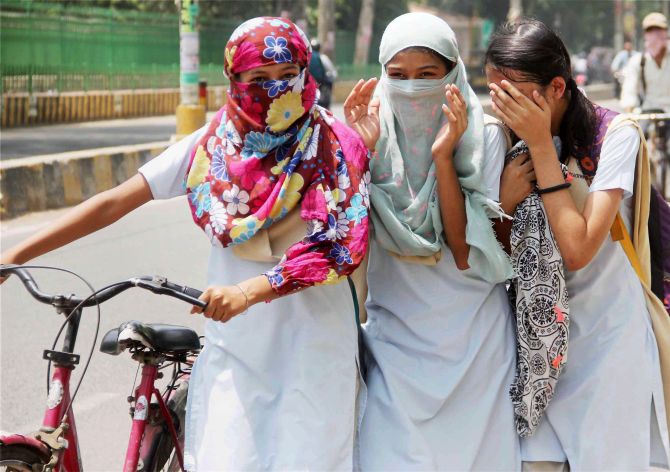 Desi version of sunscreen: Girls cover their faces with scarves to protect themselves from the scorching heat in Allahabad. Photograph: PTI Photo 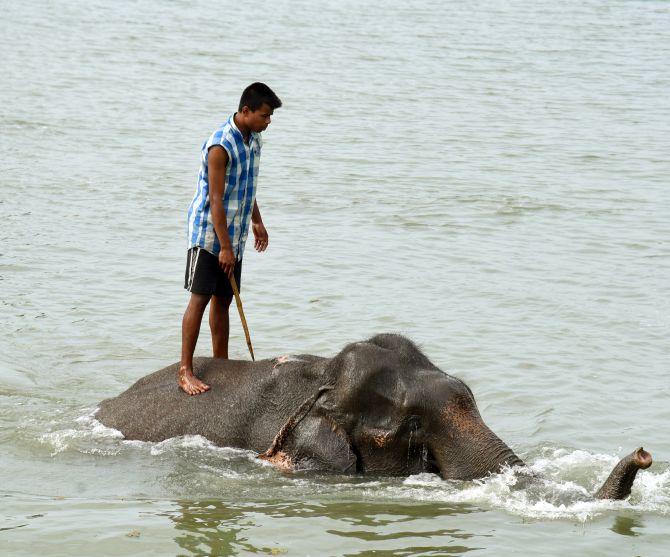 A mahout rides his elephant in a lake at Pobitora Wildlife Sanctuary on a hot summer day in the Morigaon district, in northeastern Assam. Photograph: Anuwar Hazarika/Reuters 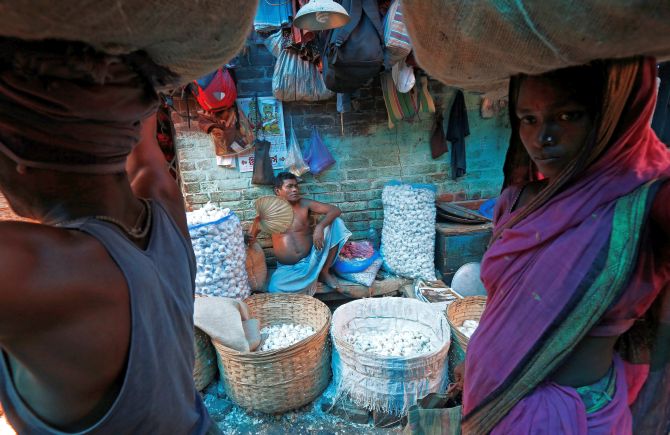 'Fan'-tastic: A vendor fans himself as he waits for customers at a wholesale vegetable market on a hot summer day in Kolkata. Photograph: Rupak De Chowdhuri/Reuters 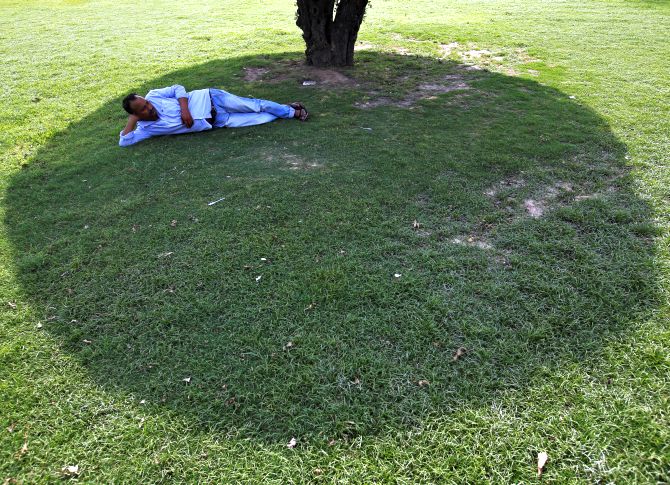 Siesta time: A man rests under the shade of tree on a hot summer day at a public park in New Delhi. Photograph: Adnan Abidi/Reuters 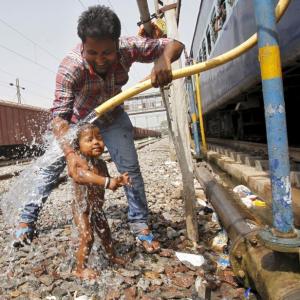