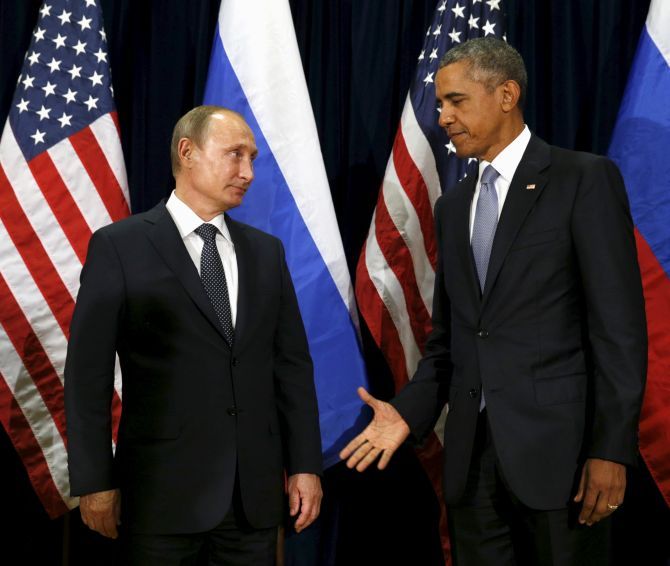 Rarely has been a meeting between two world leaders been so intense and tensed, but on Monday the meeting between United States President Barack Obama and Russia’s Vladimir Putin was, by their own high standards, weird. 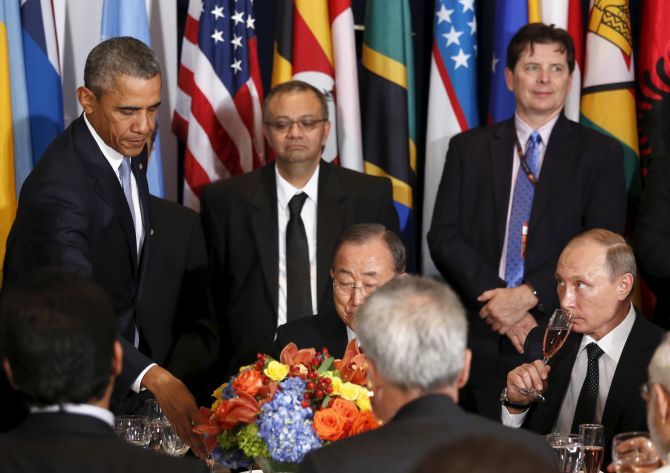 Cheers, but no cheers! The two heads of state went through the motions, grinning and bearing it for the cameras. However, it clearly looked like Obama and Putin wished to be anywhere but there. Photograph: Kevin Lamarque/Reuters 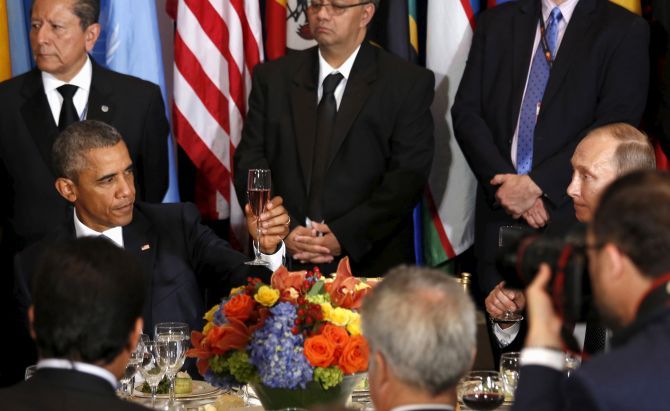 Can we get this over with it? Putin with a smirk on his face raises a toast to Obama whereas the US president’s smile disappears and his face hardens. Mashable’s global news editor, Louise Roug, put it best when she wrote, “They clearly see side-eye to side-eye on things.” Photograph: Kevin Lamarque/Reuters

Put it there partner: US President Barack Obama puts his hand out for a handshake. You can cut the tension with a knife. But, the question remains: Did Putin shake hands with Obama? Wait and watch… Photograph: Kevin Lamarque/Reuters 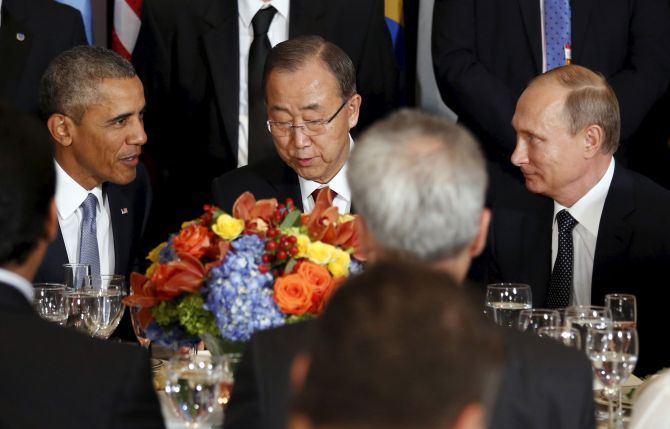 Keeping the peace: ‘Oh how I wish I wasn’t sitting here’, is what United Nation Secretary General Ban ki-moon seems to be saying to himself as he is seated between Putin and Obama at a table. Photograph: Kevin Lamarque/Reuters 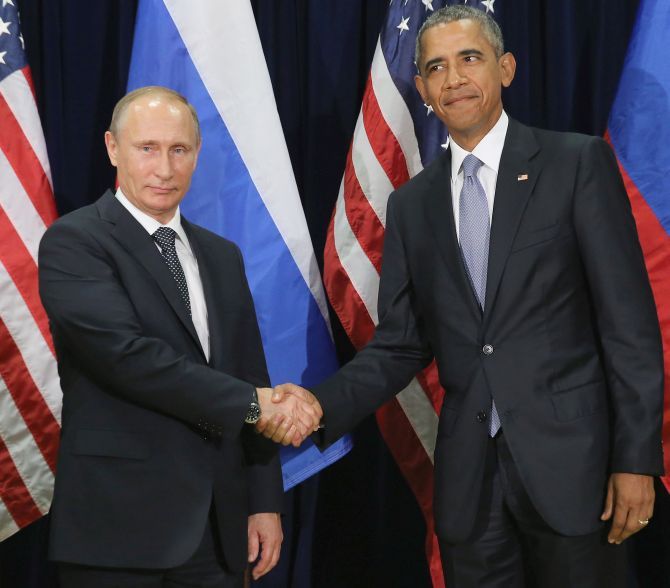 He did it, he finally did it: The Russian macho president, much to his own annoyance, extends his hand to Obama, forcing a smile from the US president. Obama might be thinking, “I made him do it, Putin finally yielded.” Photograph: Chip Somodevilla/Getty Images 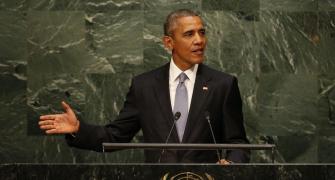 No room for 'apolcalyptic cult' like ISIS, Al-Qaeda: Obama 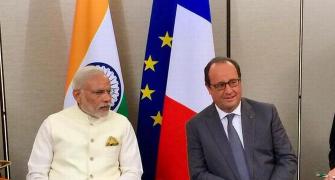 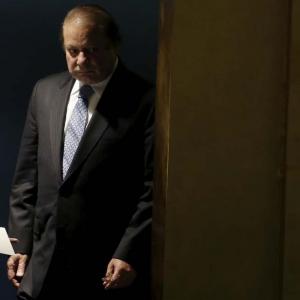 Modi, Sharif wave at each other at UN peacekeeping summit 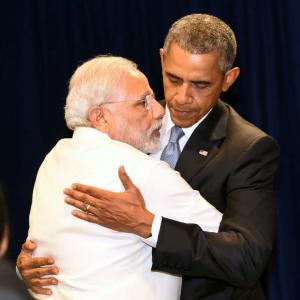 He gives PM a warm hug, calls him Narendra