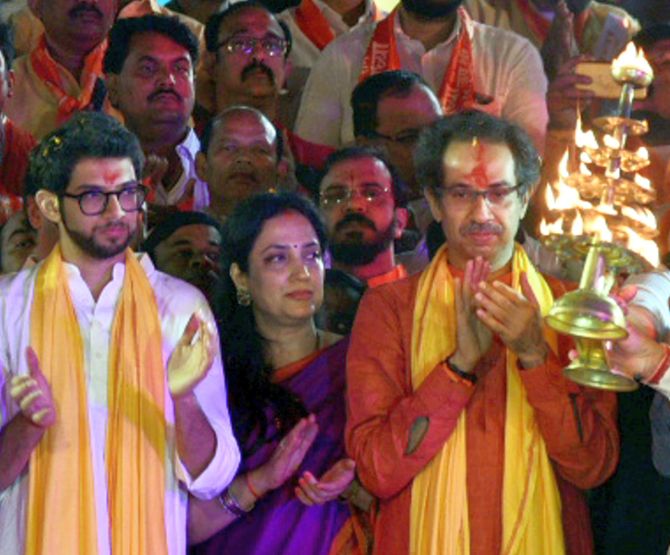 Arriving in Ayodhya ahead of Sunday's Vishwa Hindu Parishad rally for a Ram temple, Shiv Sena chief Uddhav Thackeray on Saturday asked the Narendra Modi government to wake up from a “Kumbhakarna-like slumber” and declare the date for its construction.

He urged the government to bring legislation or an ordinance for construction of the Ram temple in Ayodhya, saying his party will support it.

“Day, months, years and generations have passed,” he said Saturday on what he described as his first visit to the town.

“Mandir wahin baneyange, par date nahin batayenge (You say you will make the temple there, but won't tell the date),” he said. 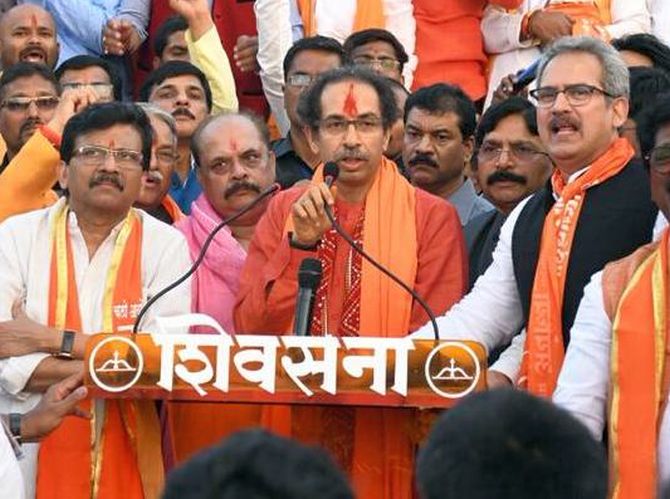 “First say when you will construct the temple, the rest we will talk later,” he said in what sounded like a dare to the Bharatiya Janata Party-led government.

Thackeray and scores of Sena supporters arrived in Ayodhya just a day ahead of the Dharam Sabha being organised separately by the Vishwa Hindu Parishad to push for the construction of a Ram temple on a disputed site.

There is a massive deployment of police in the city as seers and other people arrive for the VHP event.

The VHP has claimed that tens of thousands of people will attend its event. Thackeray came with his family for a two-day visit, which he said was to get a ‘darshan' of Lord Ram.

He attacked the government over the “delay” in the construction of the Ram temple on the disputed site in Ayodhya where the Babri Masjid was demolished in 1992. 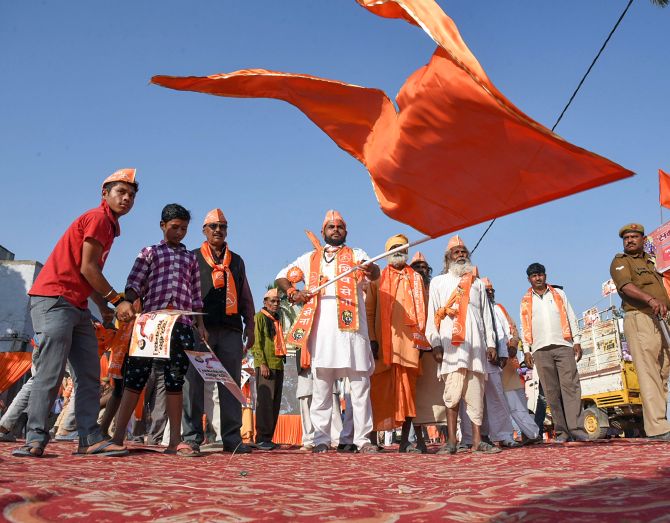 "There should be a temple of Lord Ram at the Shri Ramjanmabhoomi,” he said.

“I have come here to awaken the Kumbhakarana,” he said, indirectly comparing Modi, or his government, to the Ramayana character known for sleeping for months at a stretch.

“Today's Kumbhakarna has been sleeping for the past four years," he said.

He said there is a BJP government at the Centre and also in the state. “Bring an ordinance or law, the Shiv Sena will support it,”' he said.

He said bringing a law on the temple's construction may have been difficult during Atal Bihari Vajpayee's term as it was a coalition government then. But the current government is strong, he said. 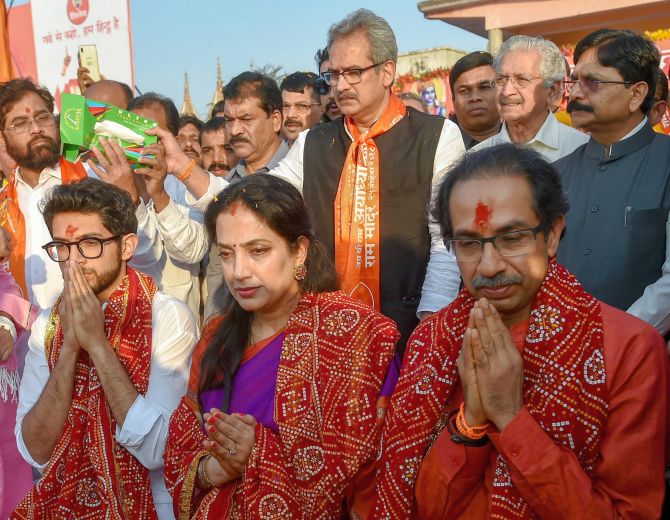 "Ram temple is a matter concerning faith and the government needs to bring a law before the court verdict,” he said, referring to the Ram Janmabhoomi-Babri Masjid land case before the Supreme Court.

The apex court has said it will set the dates for the future course of hearings only in January.

"There is no political motive behind my visit to Ayodhya,” he claimed. 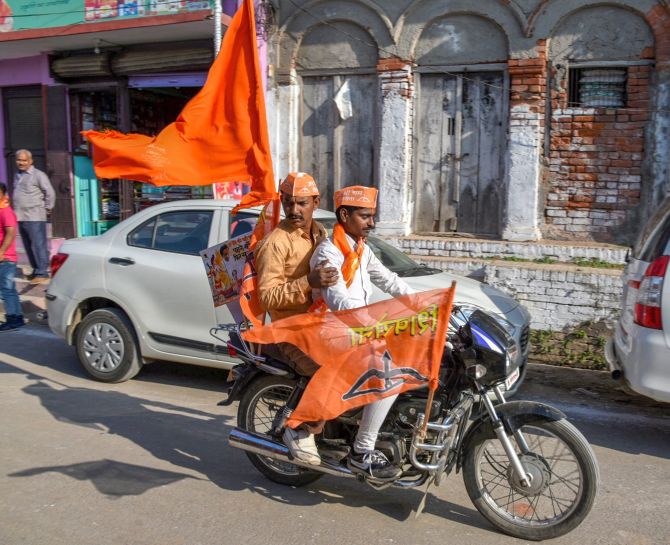 IMAGE: Shiv Sena activists holding a flag as they arrive on a bike to attend the Ram Temple event at Lakshman Kila, in Ayodhya. Photograph: PTI Photo

The Sena chief was greeted with slogans of "Jai Shri Ram" when he arrived in Ayodhya with his wife Rashmi and son Aditya.

After his remarks at Lakshman Kila, he went to the banks of the Saryu river in the evening to offer prayers.

The Sena is believed to have sent in about 3,000 party supporters from Maharashtra by two trains.

The supporters took a dip in the Saryu river and then prayed at Ram Lalla and Hanuman Garhi, Sena leaders said.

Thackeray is reported to have brought a pot of soil from Shivneri fort in Pune to be handed over to the priest at the Ram Lalla's temple when he meets him later.