The winner of the Photographer of the Year title will be announced on 21 April before an exhibition of the photographs is held from 22 April-8 May.

Six Indian photographers –- one in the professional category, and five in the open competition have also been shortlisted in the awards.

Professional; shortlisted in the Sport category 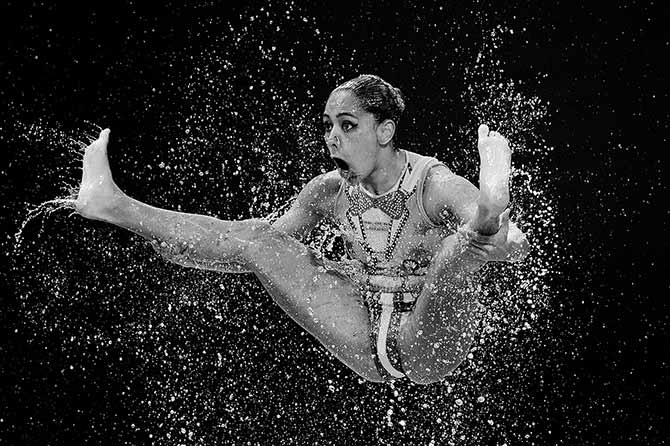 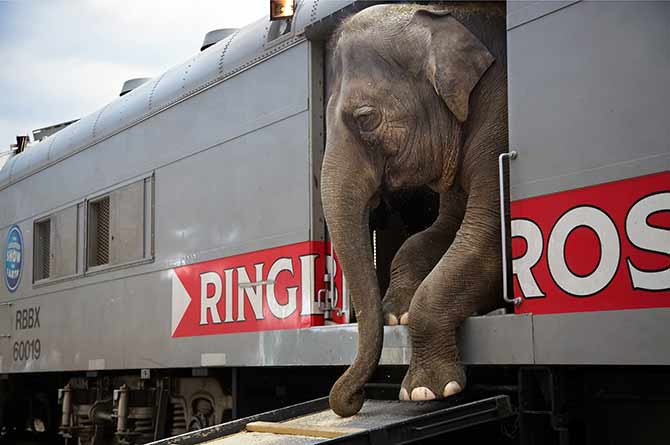 There are more than 300 people that with the Ringling Bros. and Barnum & Bailey circus blue unit, representing 25 different countries and speaking everything from Russian to Arabic to Guarani. A few travel in cars and trailers, but a majority, 270, live on the trains. They spend 44 weeks of the year travelling an average of 20,000 miles from coast to coast on a train that is 61 cars long. It is a life of close quarters and rigorous training, a life that many of the performers began in childhood. Their job is to convince the world that the circus still matters. Photograph: Stephanie Sinclair/Sony World Photography Awards 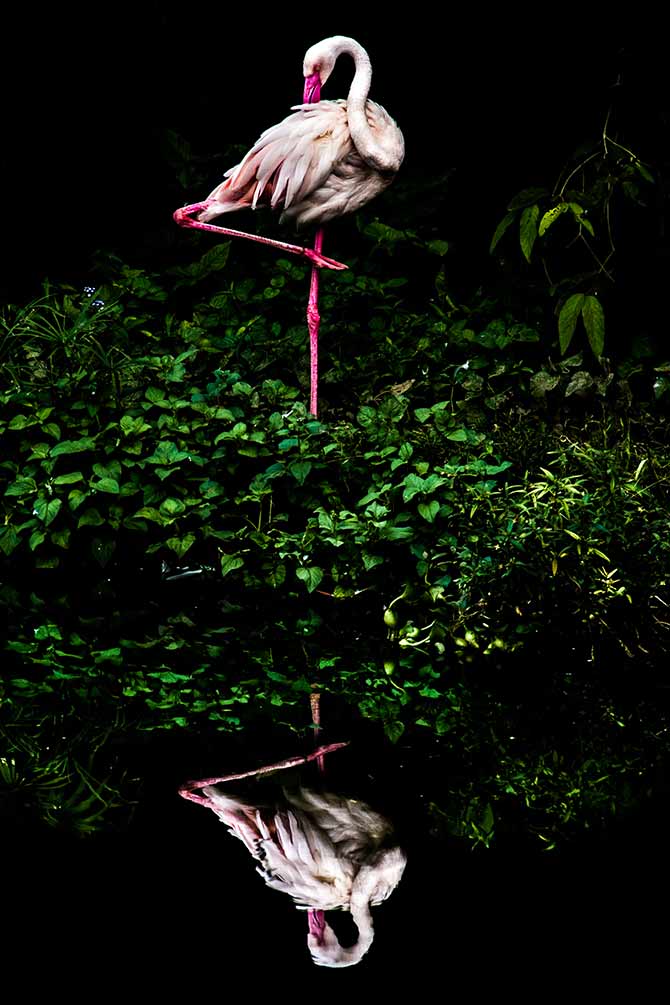 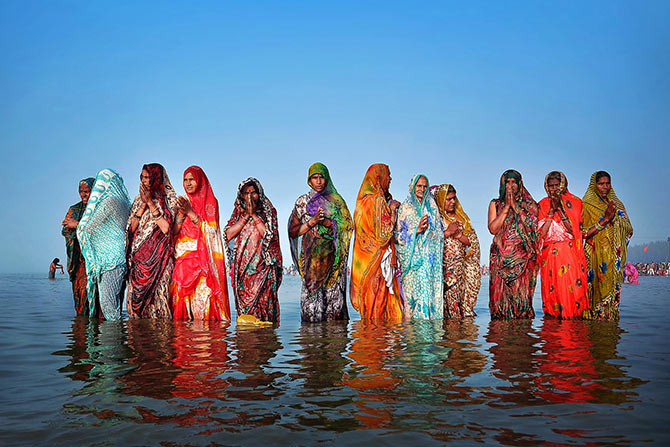 Banerjee, based in Kolkata, has been shortlisted for ‘Gangasagar Fair’, a stunning portrait of India’s second largest fair which takes place every year in the month of January. The image captures devotees while they worship the sun just after their bath. Photograph: Abhjit Banerjee/Sony World Photography Awards 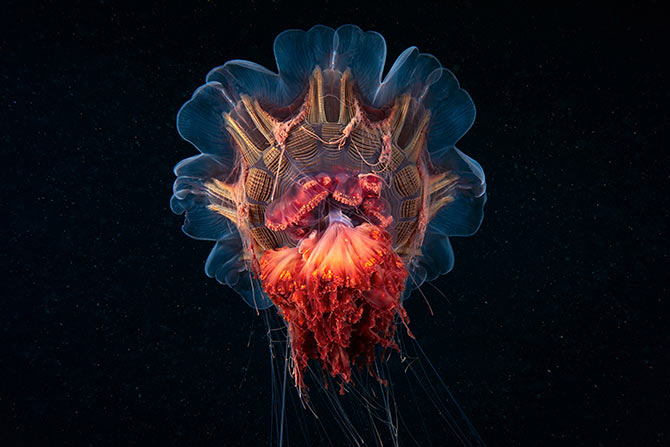 “This series represent exploration of the most extreme and far cold-water seas, washing the coasts of Russia, because only few people in the world had chance to dive there. These seas are true pearls of nature, hiding mysteries and treasures not only for divers and scientists - there is another universe with it’s own aliens and fantastic creatures.” Photograph: Alexander Semenov/Sony World Photography Awards 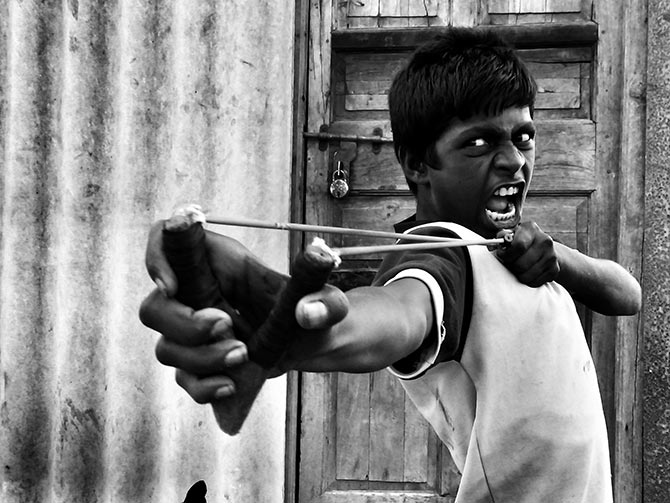 Rathod, age 28, is a film director and photographer living in Mumbai who is most interested in capturing life on streets – its raw emotions and civilization. His shortlisted image ‘Bird hunter’ was taken in Mumbai and shows a young the energy of a child aiming for birds in the sky using a sling-shot. Photograph: Nikunj Rathod/ Courtesy Sony World Photography Awards 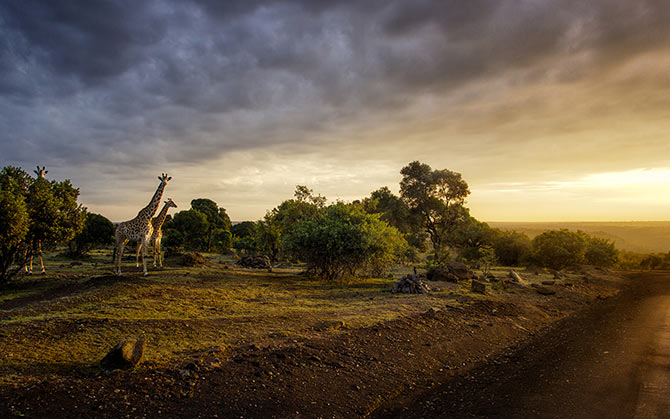 Singh found photography as a young boy but began a career in the industry in 2012. He currently lives in Dubai which is where his shortlisted series ‘Landscape' was shot. Photograph: Prakash Singh/ Courtesy Sony World Photography Awards 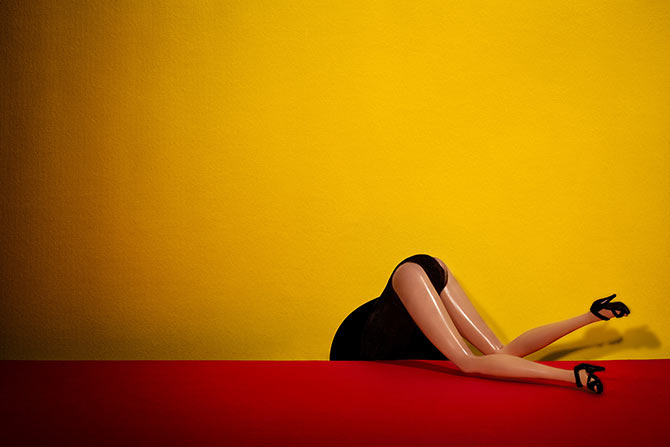 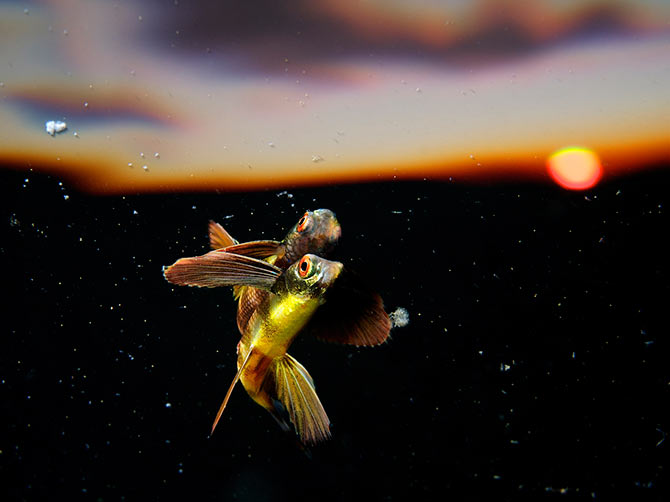 “I came across this juvenile flying fish while diving near Tubbataha Reefs, Philippines, hovering just below the surface. It took me hours to get close enough and this photograph was taken just when the sun was setting.” Photograph: Eric Madeja/Sony World Photography Awards 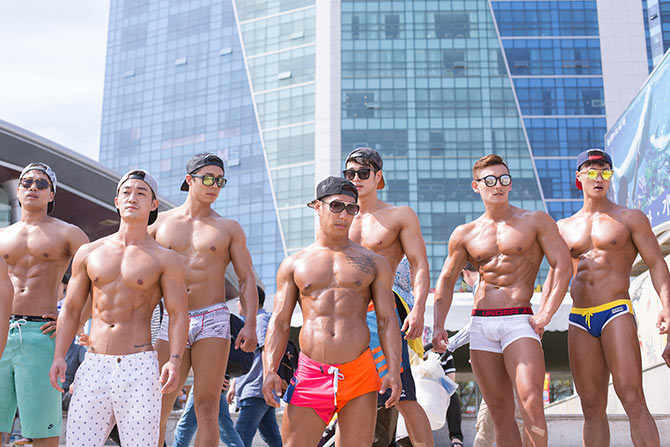 “Until the 1960s, South Korea was almost a medieval country, poor and underdeveloped. After just 50 years, South Korea is now one of the most advanced countries in the world. The rush towards modernity has been fostered by imposing a huge sense of competition and a painstaking effort to reach scolastic, aesthetic and professional perfection - aesthetic models are totally conformed, obtained through a massive use of plastic surgery.” Photograph: Filippo Venturi/Sony World Photography Awards 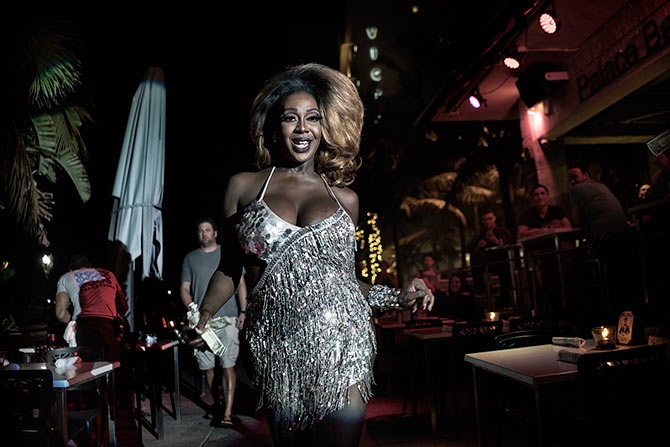 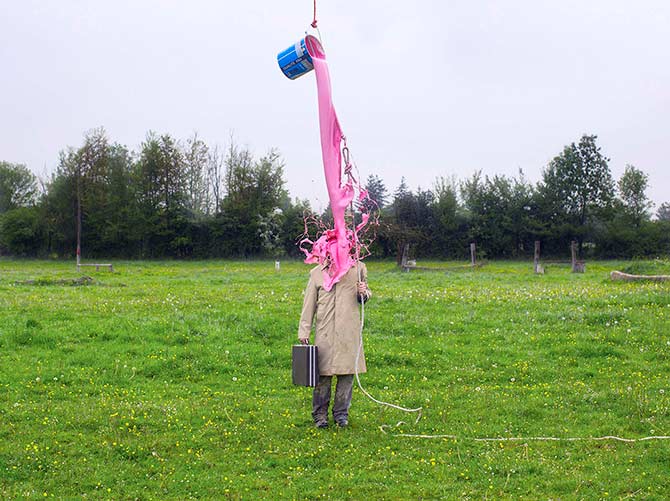 As an expression of absurdity in an absurd world, eruption of freedom in skimpy landscapes, anarchic dancing in a shabby architecture, the pictures of ‘The Philosopher’ are the result of improvised events, born out of the search “at the whim of improvised journeys “of places favourable to disruption, to reinvention”.

The settings are those of the institutional planning. Confined in their useful role, they become inhuman when pushed by. Between dada poetry and punk controversy, the body that is staged here wants to wake up life. Absurdity in an absurd world, eruption of freedom in skimpy landscapes, anarchic dancing in a shabby architecture, the clichés of the philosopher are the result of improvised events, born of research at the discretion of improvised trips the two artists. Photograph: Juliette Blanchard/ Sony World Photography Awards 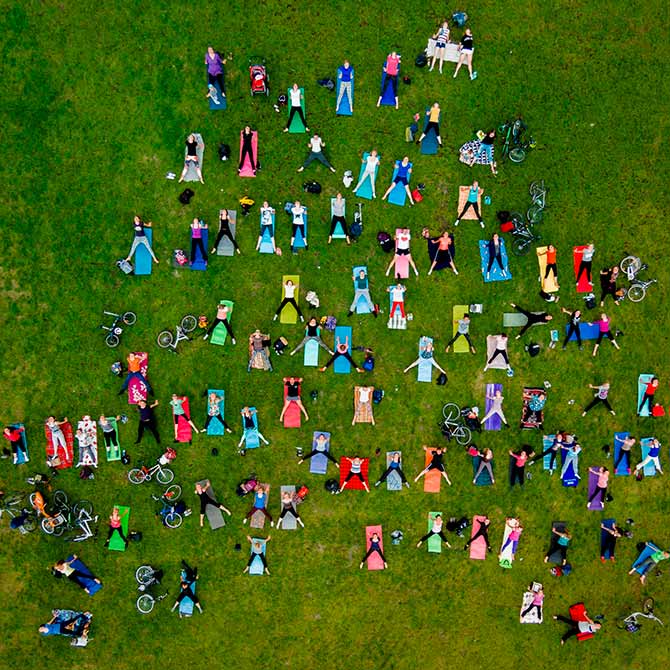 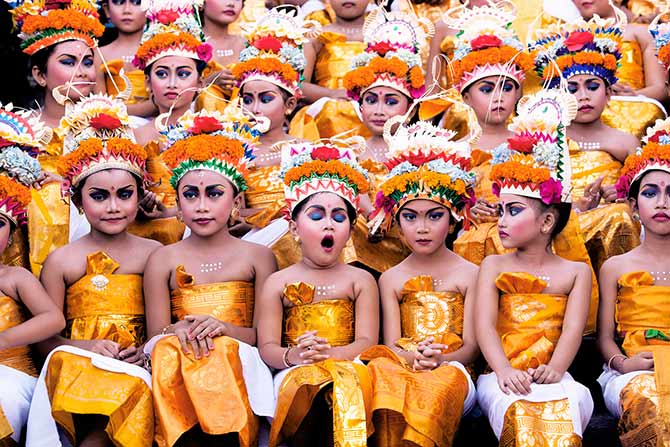 Young girls wait for their turn to perform during the Melasti festival: “They looked stunning with their bright costumes and heavy make-up; however the expression on each of the girls’ faces – especially the yawning girl – gives this image extra oomph.” Photograph: Khairel Anuar Che Ani/Sony World Photography Awards 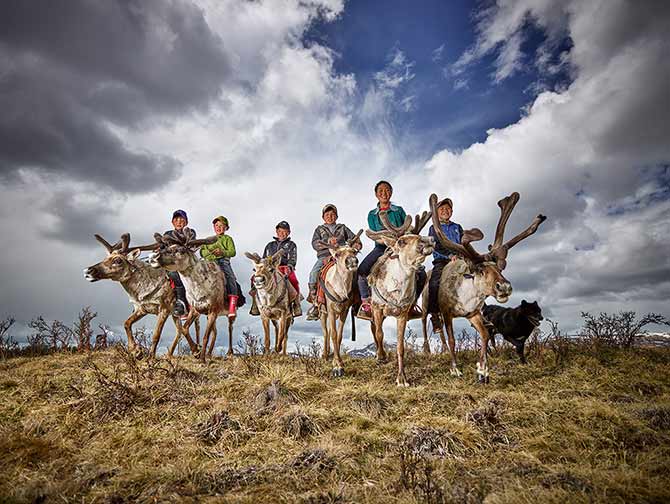 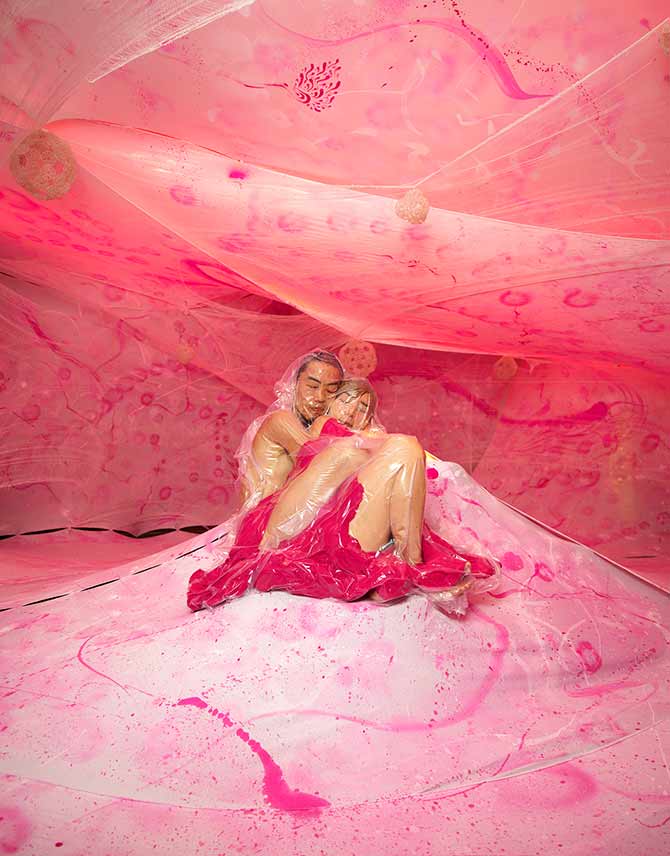 Men and women are attracted to each other and try to become one. This fundamental desire carries an energy that affects all matter in the world. I wonder what is the reason we have to make such an effort to become one. Possibly we were originally one. Since I believe this, I intend to visualize this power of love by adhering and unifying couples.

The closer the distance between them, the stronger the power. The law of gravity also shows the pull is stronger when two objects become closer; and glue, too, is stronger when it is applied thinner. To be adhered shows their strength. I decided to vacuum-pack couples as a method to express coherence. Because the couple cannot breathe in the bag, the vacuum-packed state can only be kept for several seconds. This is why I chose photography to capture these pieces. Photograph: Photographer Hal/ Sony World Photography Awards 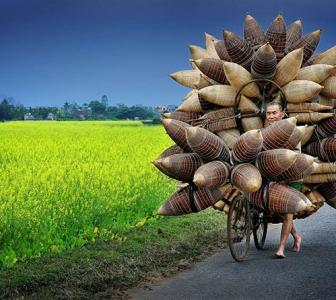 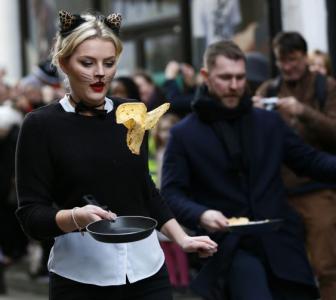 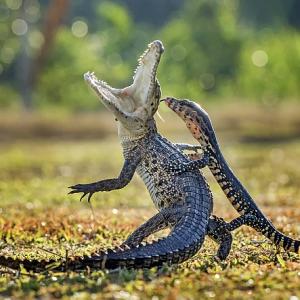 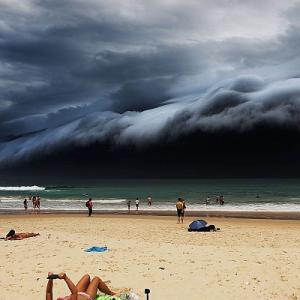