As the #MeToo movement intensifies in the country, a group of journalists on Saturday held a protest in the nation’s capital expressing solidarity with their women colleagues who have come out and demanded proper implementation of the prevention of sexual harassment act to ensure dignity at workplace. 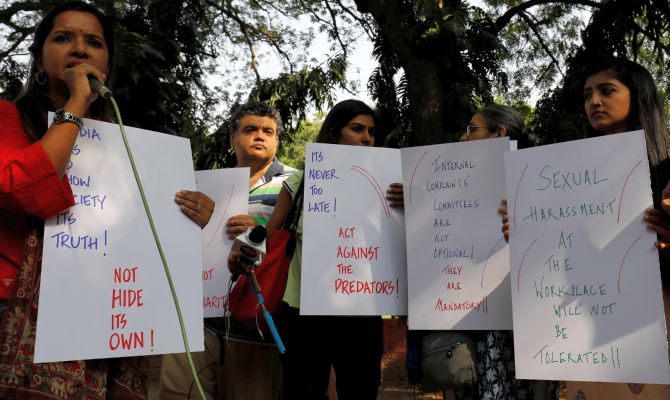 IMAGE: Journalists hold placards during a protest against sexual harassment in the workplace in New Delhi. Photograph: Anushree Fadnavis/Reuters

They also demanded the removal of Union Minister M J Akbar, who has been accused of sexual harassment by a number of women journalists, when he was an editor of several publications, a few years ago.

The scribes also held placards bearing messages that sexual harassment at workplace was not acceptable and said “accountability begins from the top” with protesting journalists raising slogans seeking removal of Akbar.

The group of journalists also passed a joint resolution seeking justice for the victims. 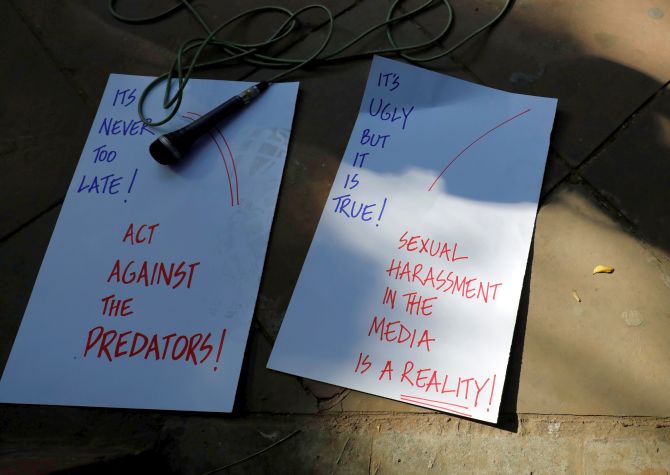 IMAGE: A microphone and placards are placed on the pavement Indian journalists attend the protest. Photograph: Anushree Fadnavis/Reuters

“Sexual harassment at workplace is non-negotiable. We salute those women who have come out and shared their trauma. It is not easy to speak out and takes a lot of courage to speak up about such incidents,” senior journalist and Indian Women’s Press Corps president T K Rajalakshmi said.

Besides members of the IWPC, journalists from some print and electronic media assembled in front of the Free School Church on Parliament Street and raised slogans, demanding proper implementation of the Sexual Harassment of Women at Workplace (Prevention, Prohibition and Redressal) Act.

“We, the assembled journalists today express our complete solidarity with all those ho have come out and spoken courageously against the harassment they have faced by colleagues and superiors,” the resolution said.

The IWPC president said such incidents need to be checked also through proper monitoring of the internal complaints committee.

“Such cases also show that ICCs are either not there or not effective in media organisations,” she said.

Union Minister Maneka Gandhi and Congress chief Rahul Gandhi on Friday had strongly backed women who narrated their experiences of sexual misconduct and more as the #MeToo floodgates opened wider. 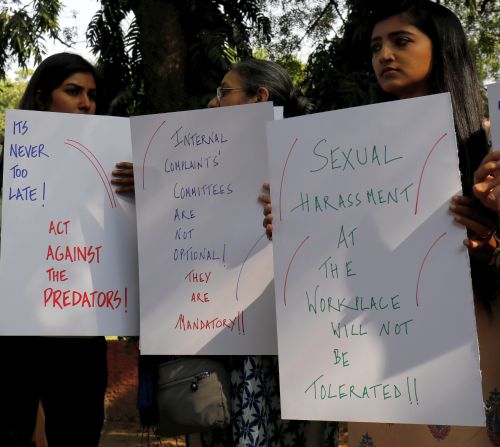 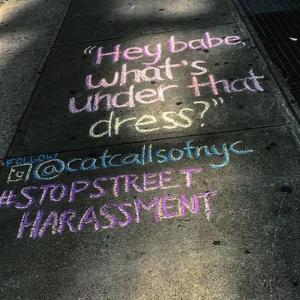