Two terrorists, including Junaid Ashraf Khan 'Sehrai' whose father is chairman of the separatist conglomerate Tehrek-e-Hurriyat, were killed on Tuesday after a 15-hour long gun battle with security forces in a densely populated area in downtown Srinagar, officials said. 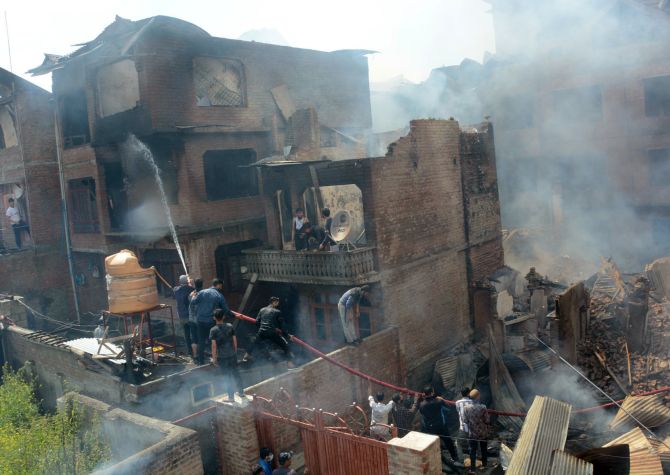 IMAGE: Locals try to douse a fire at a residential house burnt down during a gunfight between security force and terrorists in Srinagar. Photograph: Umar Ganie/Rediff.com

Khan, an MBA from the Kashmir University, had joined militancy in March 2018.

Before returning to the Valley and joining the Hizbul Mujahideen terror group's ranks, he had worked in a couple of multinational companies in Delhi.

The second terrorist killed in the encounter, Tariq Ahmed Sheikh, was a resident of Pulwama and had joined militant ranks and files in March, he said.

They were killed in an encounter with police and para-military forces, the DGP said. 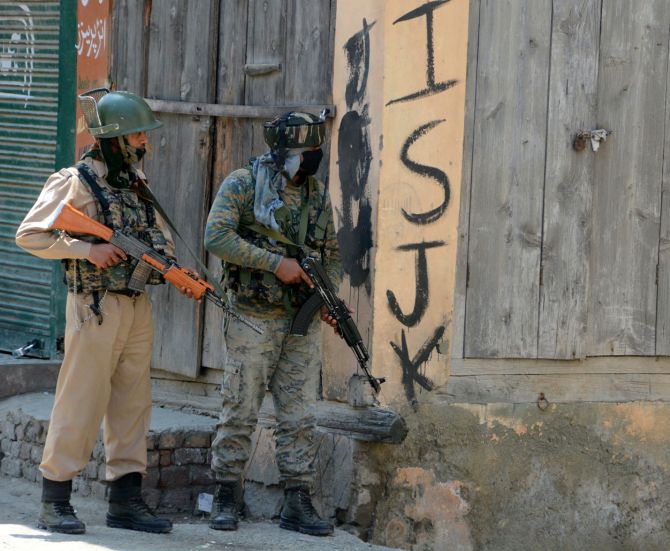 As the encounter broke out slightly after midnight, authorities snapped all private mobile networks and shut down mobile internet in Srinagar district as a precautionary measure.

After the encounter, which ended this afternoon, angry residents poured out on streets as some houses caught fire during the 15-hour long operation in the densely populated Nawakadal area.

Tuesday's encounter was a signal to security forces that militants had entered Srinagar city, which had been cleared completely by 2014. The last encounter that took place within the city was in 2018 when three militants were killed. 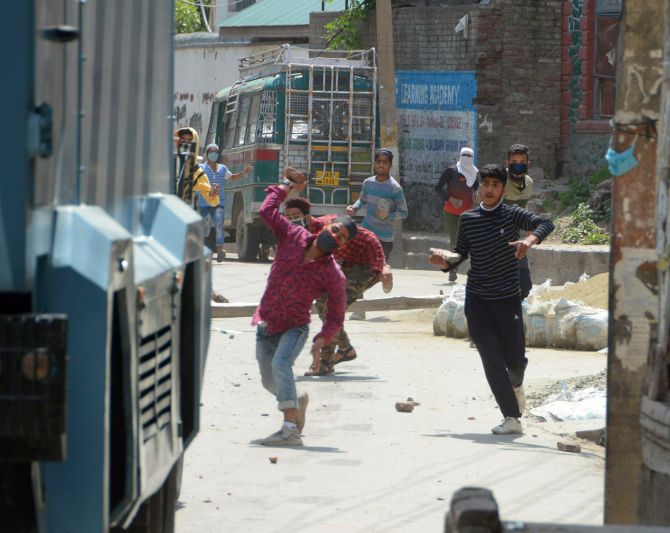 Junaid was the first such case where a son of a separatist leader of Jammu and Kashmir had joined a terror group. The kins of other separatist leaders are working with government departments or are settled abroad.

He had three cases registered against him which included injuring special police officer Umar Rashid in Srinagar city last year.

His father Ashraf Sehrai, who dislodged pro-Pakistan separatist leader Syed Ali Shah Geelani from the chairmanship of Tehrek-e-Hurriyat, had declined from making a public appeal to call his son back from militancy. 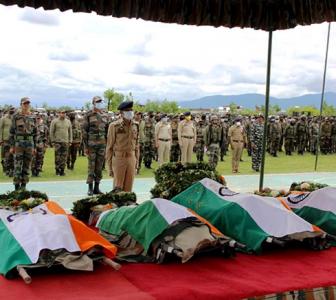 'Life will go on, so will our grief' 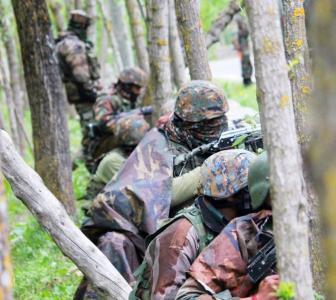 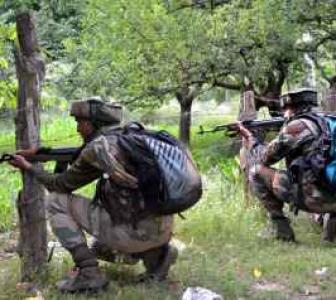 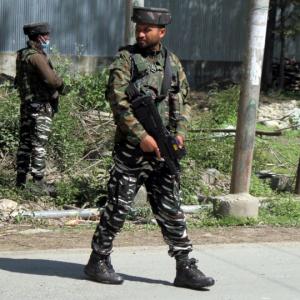 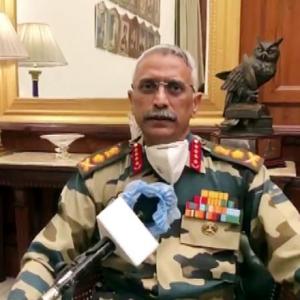