9 killed, over 10 injured as UP bus catches fire

Nine persons were on Tuesday killed and over 10 others injured when a roadways bus caught fire in Peeparpur area, police said. 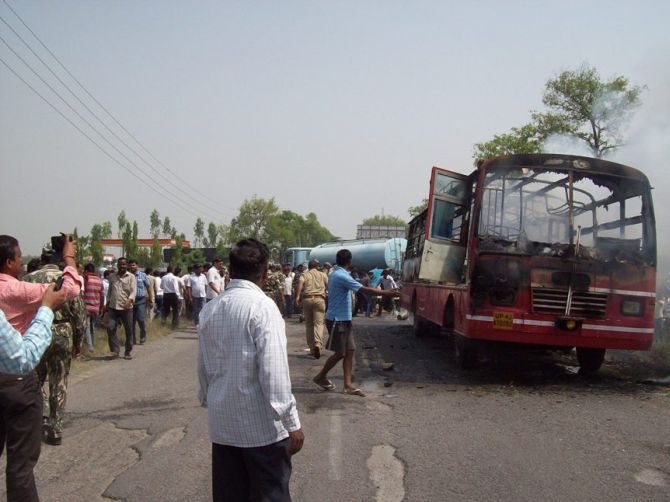 He said 42 passengers were on board and the lucky ones escaped by smashing window panes of the ill-fated bus which suddenly went up in flames and moved some 100 metres before it came to a halt.

The SP said efforts were being made to identify the victims as their bodies were charred beyond recognition in the inferno. He said the injured were rushed to hospital in Sultanpur and Pratapgarh.

Lal said the fire was suspected to have been caused by a short circuit in the engine.

UPSRTC Managing Director Mukesh Meshram, however, said in Lucknow that whether the incident occurred due to short circuit or was triggered by leakage in an LPG cylinder could be ascertained only after a thorough inquiry. The bus was carrying an LPG cylinder, which was taken out safely, he said. The Uttar Pradesh government announced an ex-gratia of Rs five lakh each to the kin of those killed, Rs one lakh to those grievously injured and Rs 50,000 to those suffering minor injuries.

Local MP and Congress vice-president Rahul Gandhi expressed profound grief over the incident and directed party workers to provide all possible help to the injured, his representative Chandrakant Dubey said.

He said Gandhi, who was preoccupied with Parliament session at present, might come to meet the injured.

The UPSRTC managing director said that District Magistrate Amethi Jagatram Tiwari has ordered a magisterial inquiry into the incident and the manager responsible for maintenance of buses at UPSRTC depot in Faizabad Santosh Kumar has been suspended. 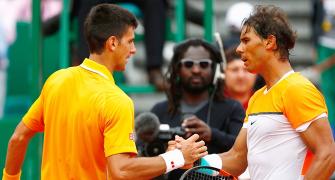 I am used to threat posed by unstoppable Djokovic: Nadal 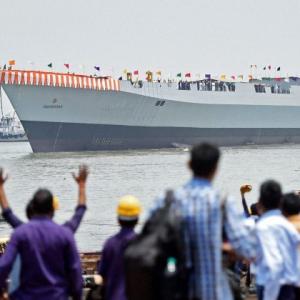 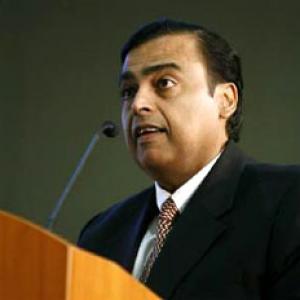 The real reason why Reliance stock has taken a beating