REWIND: 10 moments from the day gone by

Here's are 10 moments from around the world of the day that went by. 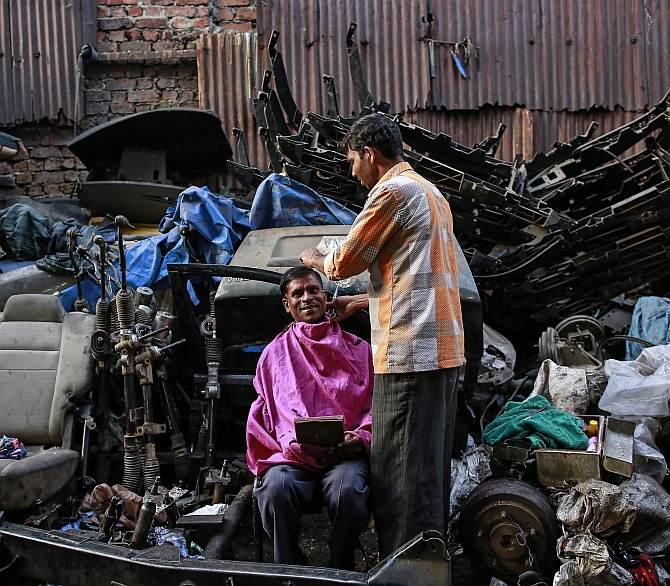 A man gets a haircut from a roadside barber at an automobile spare parts market in Mumbai. Photograph: Danish Siddiqui /Reuters US President Barack Obama and first lady Michelle Obama look towards one another during the National Prayer Breakfast in Washington. Photograph: Kevin Lamarque/Reuters 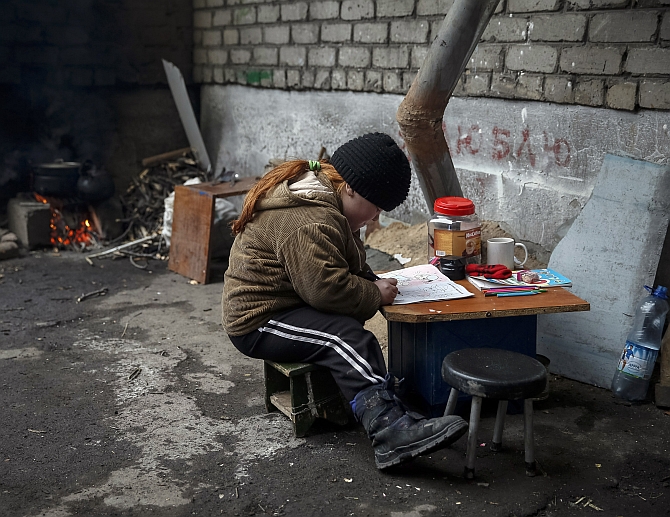 A child draws near her house in Debaltseve, eastern Ukraine. Photograph: Gleb Garanich/Reuters 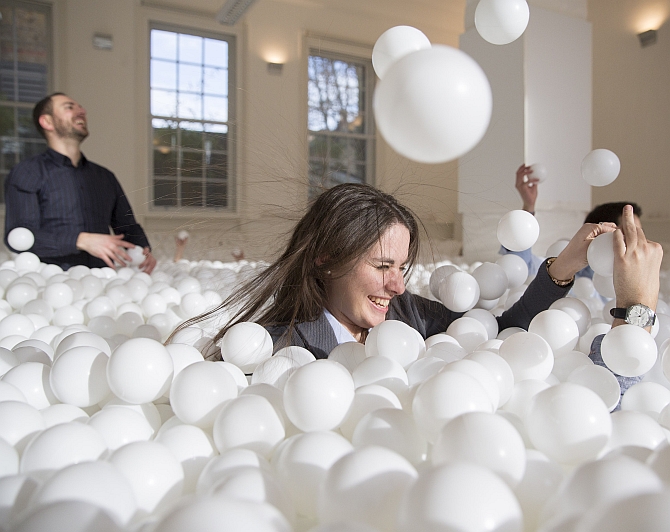 Visitors interact with the "Jump In" installation at the Pearlfisher gallery in west London. Photograph: Neil Hall/Reuters 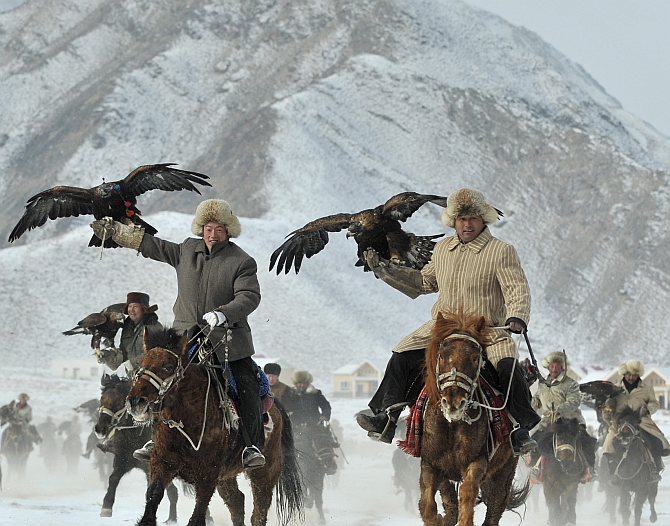 Herdsmen from the Kyrgyz ethnic group hold their falcons as they ride on horses during a hunting competition in Akqi county, Xinjiang Uighur Autonomous. Photograph: Reuters 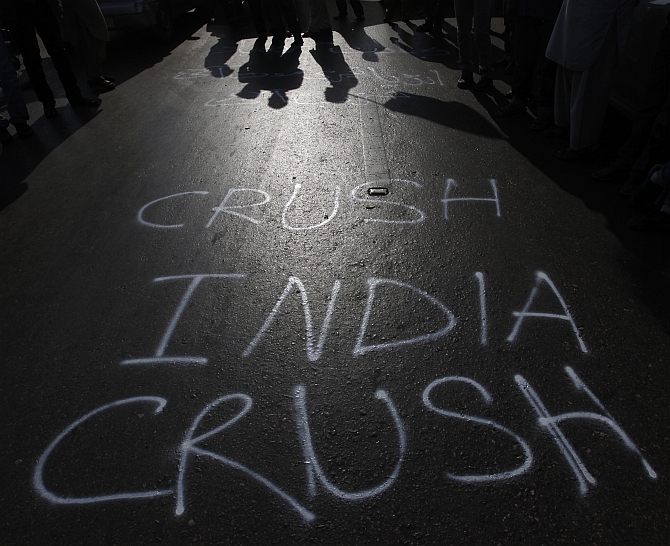 Supporters of the Jamaat-e-Islami political party are silhouetted on a road with bearing anti-India graffiti during a rally to mark Kashmir Solidarity Day in Karachi. Photograph: Akhtar Soomro/Reuters 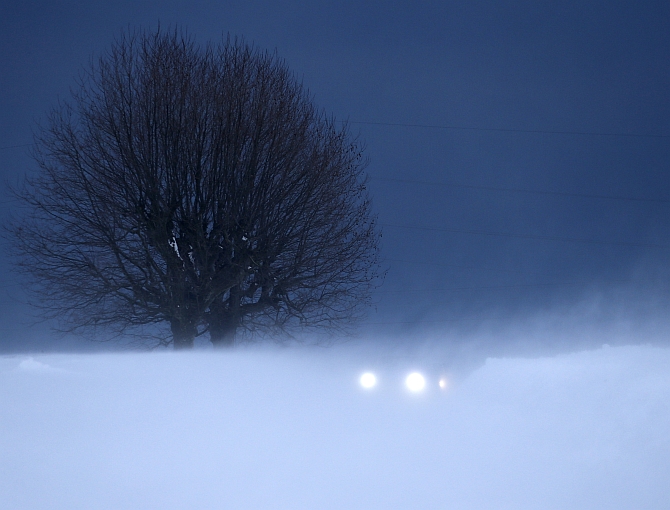 The lights of a car are seen through a gust of wind on a secondary road in Lussy near Lausanne. Traffic in the West part of Switzerland was disrupted by heavy wind creating drifts on roads. Photograph: Denis Balibouse/Reuters Houses on stilts are seen as the sun sets around the Manila bay in Manila. Photograph: Romeo Ranoco/Reuters 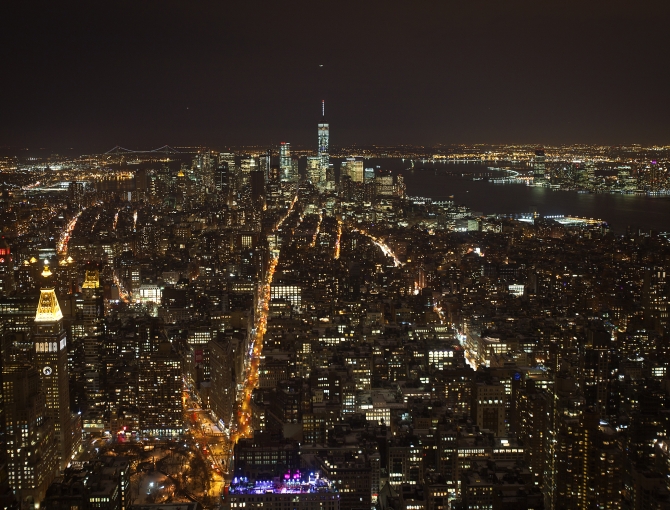 Downtown Manhattan and the One World Trade building are seen from the observation level of the Empire State Building in the Manhattan borough of New York. Photograph: Carlo Allegri/Reuters 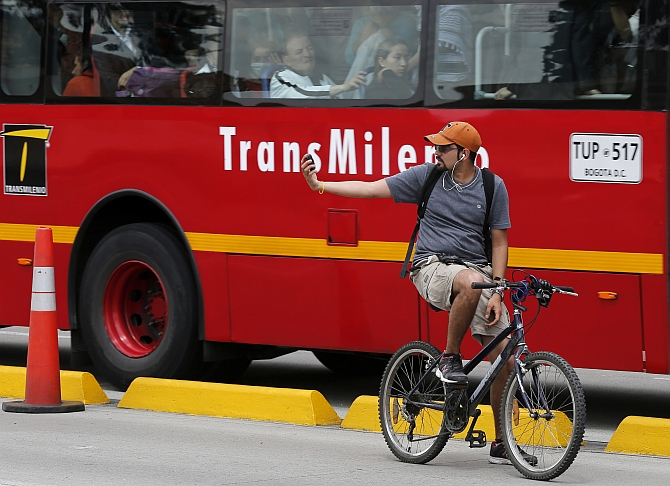 A cyclist takes a selfie next to the Transmilenio bus during "No Car Day" in Bogota, Colombia. The event was organized by the mayoral office of Bogota to encourage residents to use other modes of public transportation to help reduce the amount of pollution. Photograph: John Vizcaino/Reuters 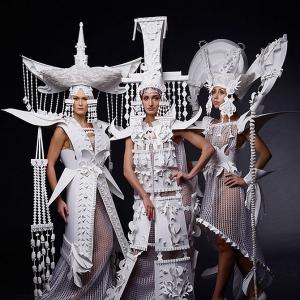