Firing a fresh salvo at Prime Minister Narendra Modi, Congress president Rahul Gandhi on Saturday alleged the government “does not want to accept” that there was a “job crisis” in the country, and said the PM should hold discussions with the youth to address the issue. During an interaction -- Shiksha: Dasha Aur Disha -- with university students at the Jawaharlal Nehru Stadium in Delhi, he also alleged that the country’s wealth is “concentrated” in the hands of “a few people”.

The Congress chief asserted that the state must pay for a large part of education of students.

There was no immediate reaction from the government.

China is growing economically and one sees ‘Made in China’ labels on so many products in the country, Gandhi said, adding that he was “absolutely convinced” that India could go ahead of China.

He reiterated the per hour job figures to attack the prime minister on the issue.

“In a county of over 1.2 billion people India is creating about 450 jobs per 24 hours, while China is creating 50,000 jobs in the same 24 hours,” he said, claiming that “these are not my figures, but of the Finance Ministry given in the Lok Sabha”. 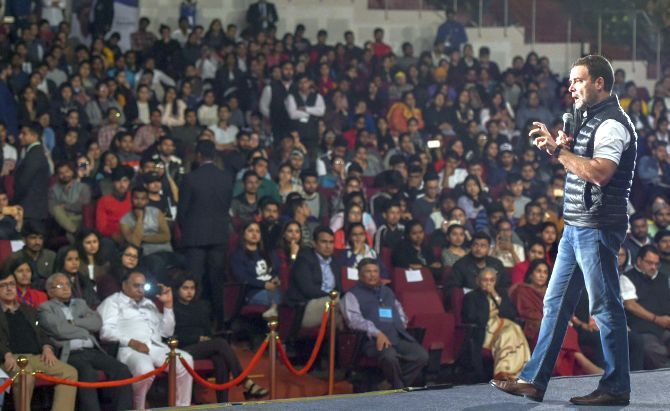 IMAGE: At the event, the Congress chief asserted that the state must pay for a large part of education of students. Photograph: Vijay Verma/PTI Photo

However, the government “does not want to accept” that there is a “job crisis” in the country, he alleged.

“Our prime minister doesn’t seem to think this is a problem,” Gandhi said.

“We need to first acknowledge that there is a problem and then we need to galvanise support to fight it. That is what we (Congress) believe in,” he said.

Gandhi said he has already challenged the prime minister to debate with him on Rafale, corruption, job and other issues.

“But has he come and interacted with you (students) like this, taking questions from you,” the Congress president asked the students.

The prime minister should interact with the youth and listen to their views on the job scenario and “say that he needs your support to address this issue,” Gandhi said.

He said “the prime minister should not be telling his views to the youth, but listen to their voices”. 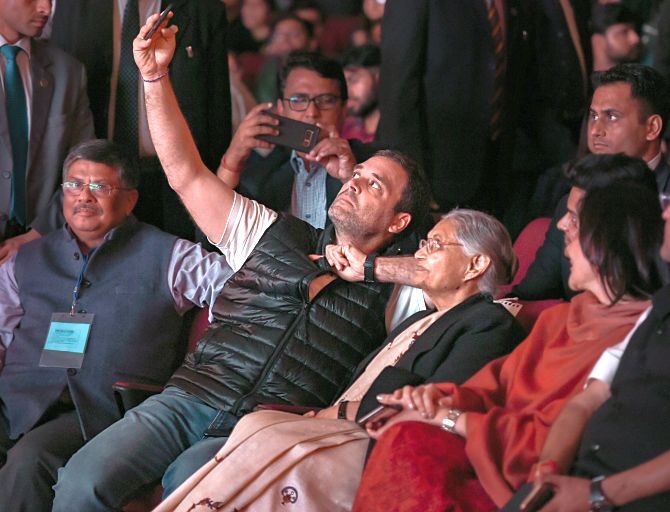 Responding to another question, Gandhi said the share of the education sector in the budget should be increased.

Wealth is “concentrated” in the hands of “a few people”, he alleged and asserted that the state must pay for a “large part of education” of students.

Attacking the Bharatiya Janata Party, the Congress chief also alleged there has been a “steep decline” in the amount spent on education today by the government, compared to the expenditure when the United Progressive Alliance was in power, Gandhi claimed.

“The BJP (government) is convinced that private industry should be used to support education and that privatisation is the key to education. We don’t believe that,” he said.

The Congress does not support that privatisation is the way to improve the education system, the party chief said.

“And, if you see, there has been a fall in every single of these metric, in the BJP regime,” the Congress chief alleged. 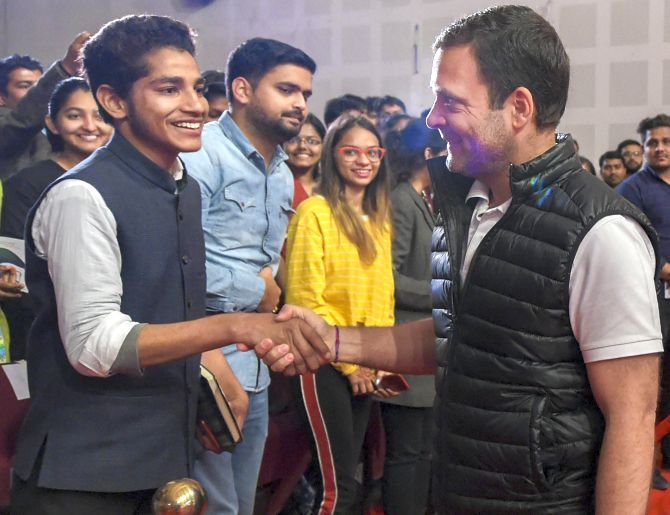 Gandhi also hit at the Centre over appointment of vice-chancellors in various universities in the last few years, alleging, “VCs belonging to an organisation, having a certain ideology, are being appointed in universities one by one.”

“They are not concerned with global vision and feelings of students. They are only concerned with their own ideology and want to use India’s education system as a weapon. It is frankly an insult to you (students),” he said.

To a question on the Jio University, Gandhi said, “IIT brand was not built over time and not overnight unlike one institution which has achieved eminence without having a single student.”

Gandhi on Saturday also said paramilitary personnel who are killed in the line of duty will be accorded with ‘martyr’ status if his party comes to power.

Donning a pair of denim and a jacket over a white tee, he spoke to the students in a rather informal manner, speaking both in English and Hindi.

“I have not come here dressed up in my normal uniform (pyjama kurta), but there is logic to it... I want to understand your issue and what is troubling you. I have come here to listen to you,” Gandhi said.

A two-minute silence was also observed in honour of the 40 Central Reserve Police Force jawans who died in the deadly Pulwama terror attack on February 14 and a musical tribute was given to them. 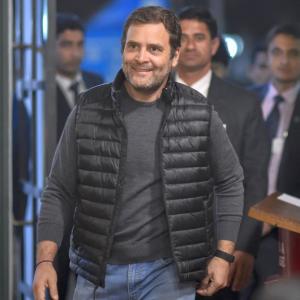