Various facets of Mahatma Gandhi's life journey were displayed by the 22 tableaux that rolled down the Rajpath during the 70th Republic Day Parade to mark the 150th birth anniversary of the father of the nation. 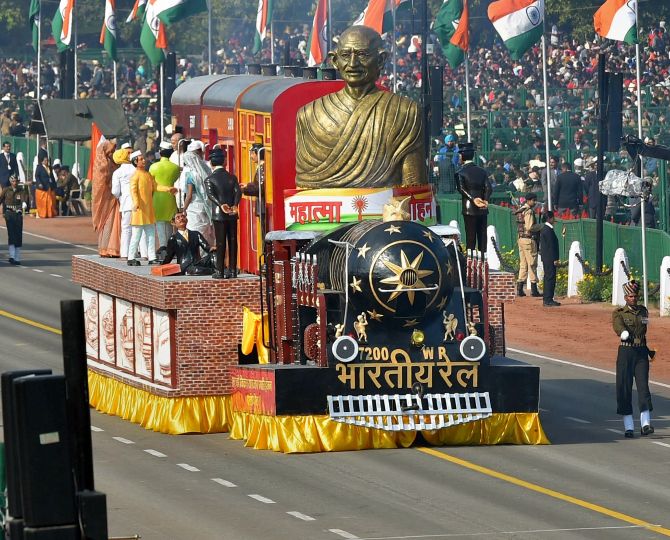 The Railways Ministry, whose tableau made a come back at the Republic Day parade after three years, depicted the "transformation of Mohandas Karamchand Gandhi to Mahatma Gandhi" and highlighted the yet-to-be-launched bullet train and Train 18. The tableau highlighted the incident in 1893, when the young Mohandas was thrown out of a "European only" compartment at Pietermaritzburg railway station in South Africa which acted as a catalyst for him to practice ''Satyagrah''. 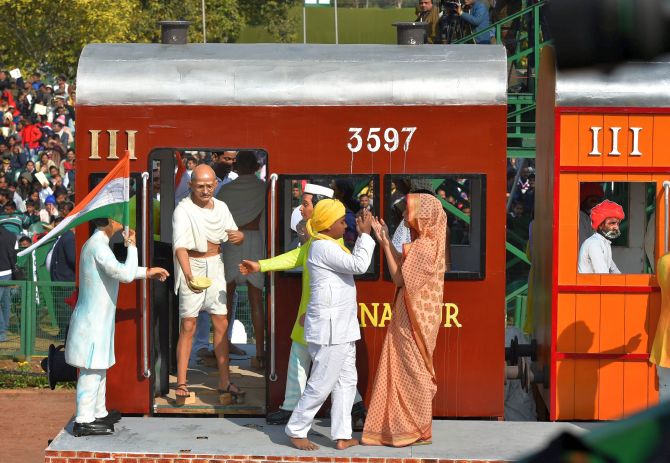 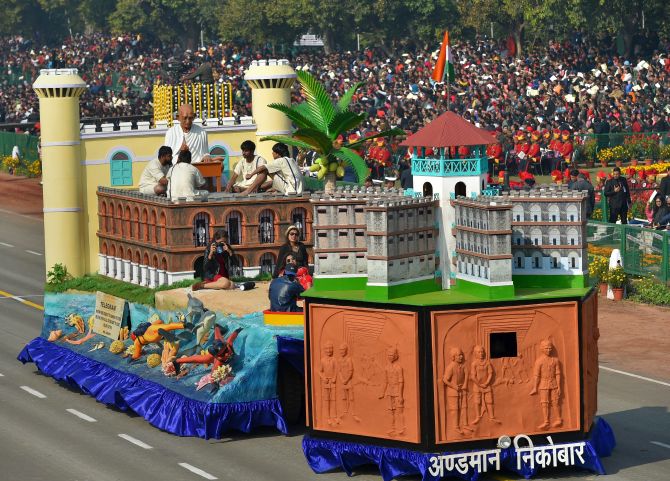 The theme for Andaman and Nicobar's tableau was "Role of Gandhiji on inmates of Cellular Jail in Andaman". The tableau showcased the effect that Mahatma Gandhi had amongst the inmates of the historic jail. 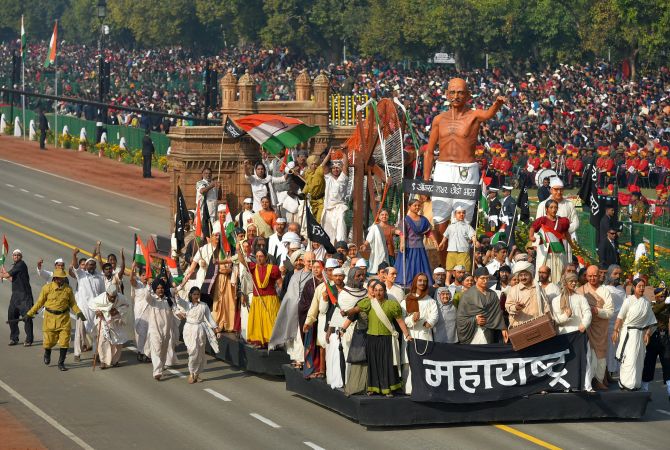 The tableau of Maharashtra shows, the scene from Quit India Movement. 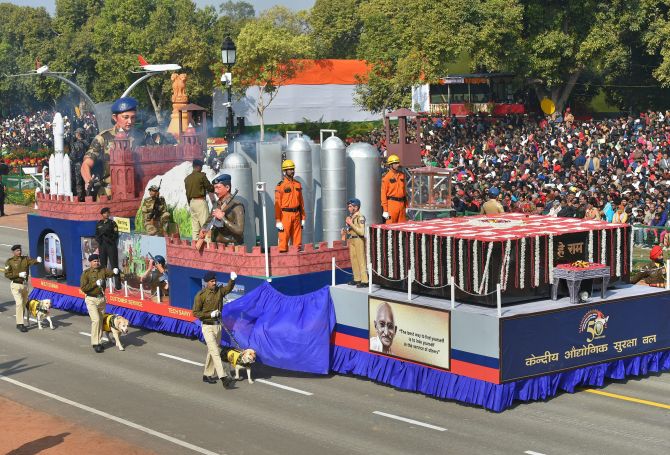 After a gap of 11 years, the tableau of Central Industrial Security Force made a comeback at Republic Day parade. The front portion of the tableau depicted the CISF security cover to the "Samadhi" of Mahatma Gandhi and the middle portion shows the force providing security to various government installations like petrochemical and nuclear power plants. 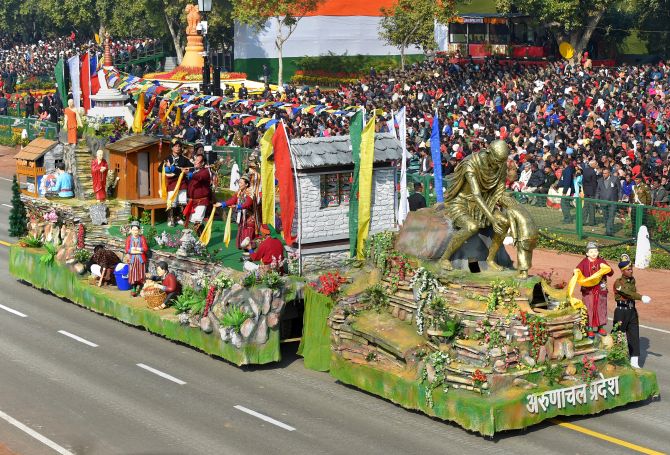 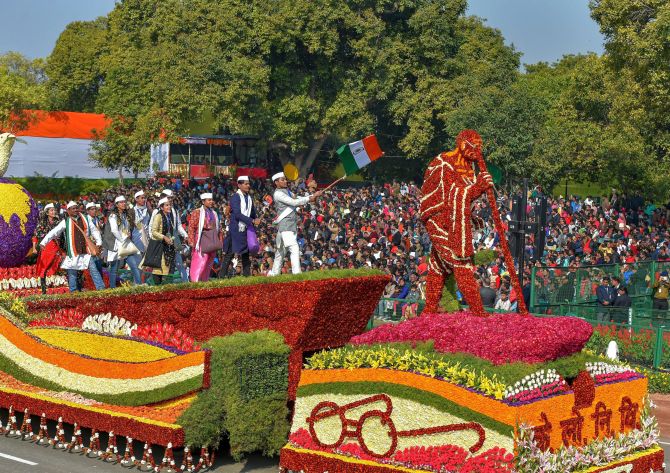 The Central Public Works Department tableau showcased the non-violent struggle by Gandhi, which led to freedom of India. The tableau was crafted in natural flowers. The front part of the tableau showed Gandhi, the middle part showed his non-violent followers while the rear portion depicted the message given by him for world peace and unity. 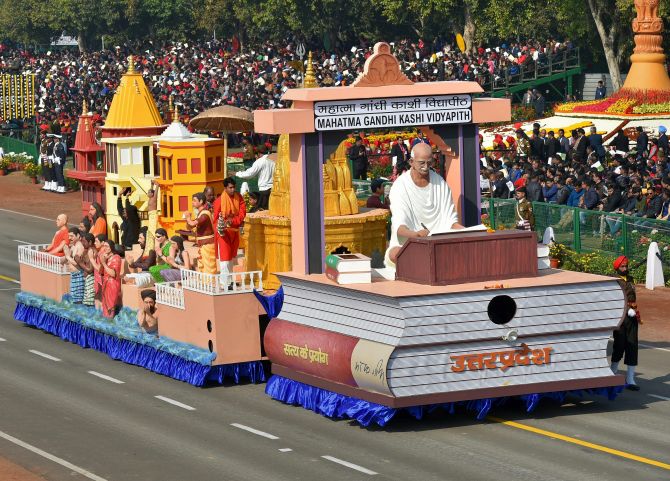 The Uttarakhand tableau featured Kausani's Anasakti Ashram where Mahatma Gandhi had stayed in 1929. The tableau showed Gandhi writing his book 'Anasakti Yoga' at the ashram in the backdrop of mountains and deodar trees. 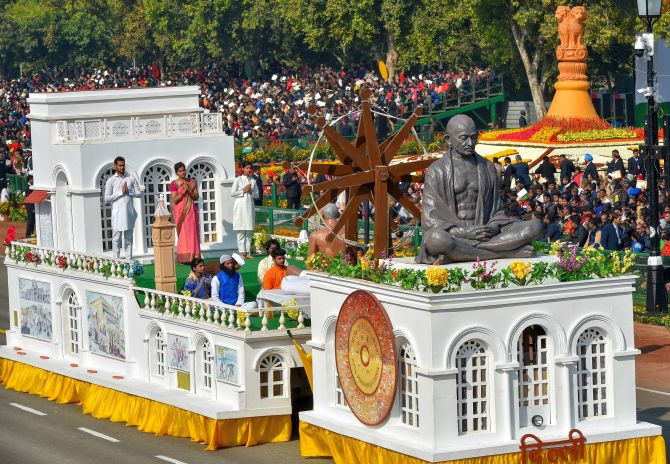 The Delhi tableau showcased a theme of "Mahatma Gandhi and Delhi" and displayed his association with the national capital and the Birla House which is now known as Gandhi Smriti. 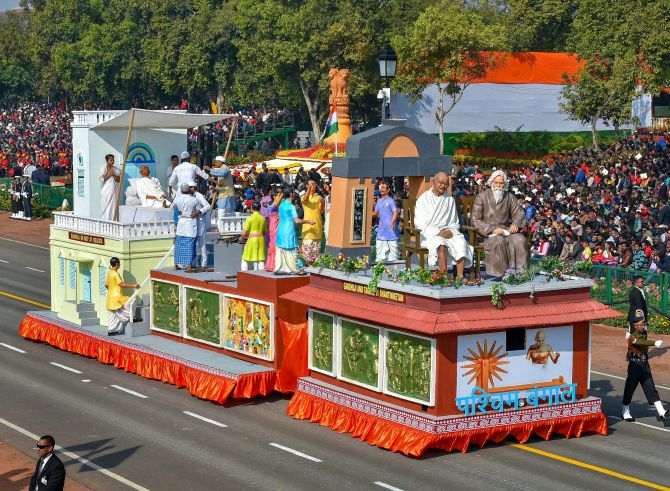 The tableau of West Bengal depicted two phases in Mahatma Gandhi's life -- his stay in Kolkata during India's Independence and association with Rabindranath Tagore. 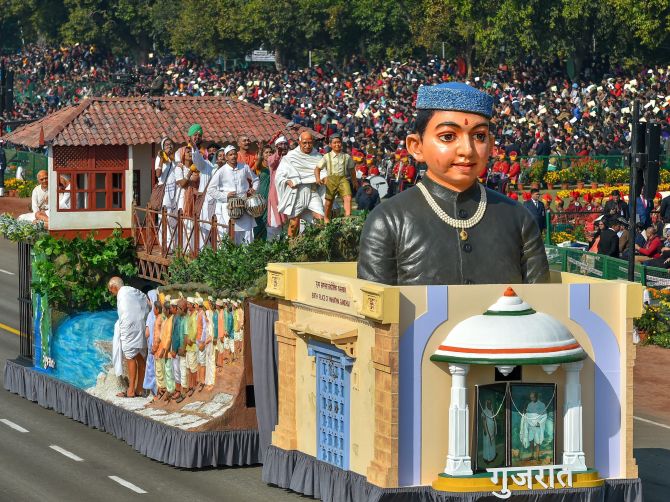 Gujarat with the "historical Dandi March" theme depicted the great movement which shook the foundation of the British Empire by lifting a handful of salt. 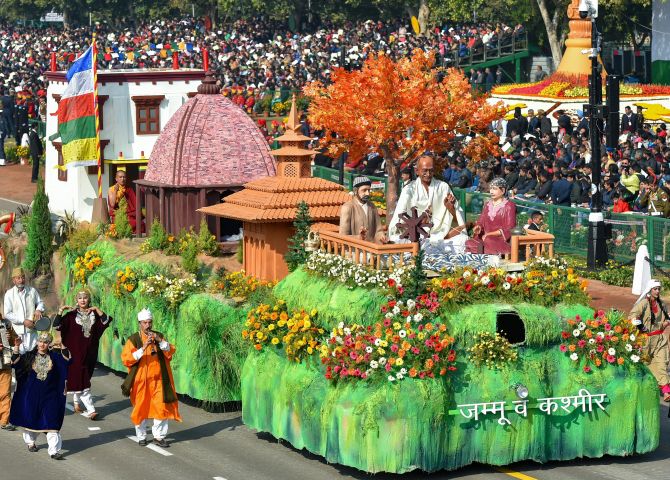 "Gandhi's ray of hope – our composite culture" was Jammu and Kashmir's tableau theme this year. The tableau showcased Gandhi along with his charkha and ethnic diversity of the Valley. 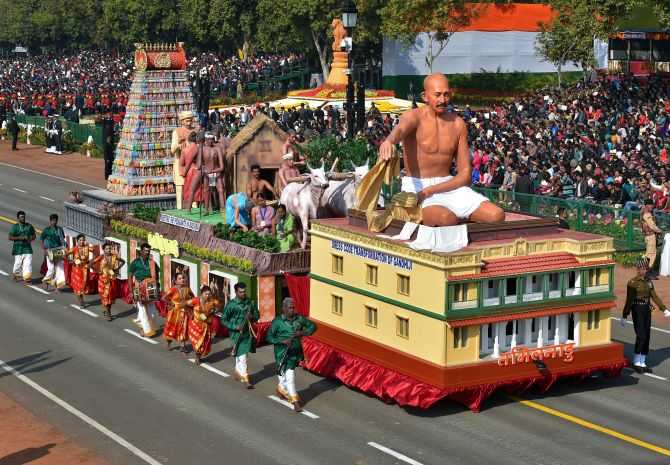 The tableau of Tamil Nadu will have "transformation of dress code of Mahatma Gandhi" as theme. 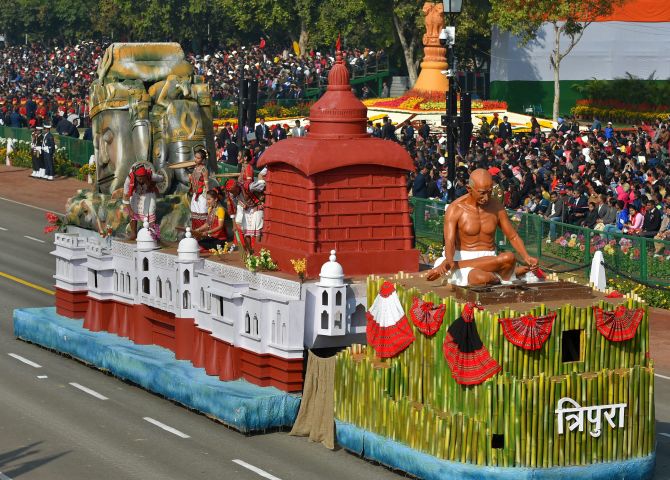 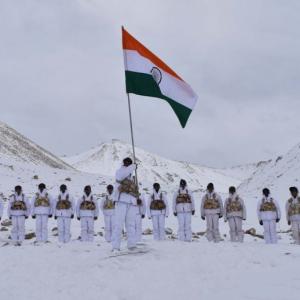