Pranab Mukherjee -- rewarded as president yet not trusted enough to be prime minister. 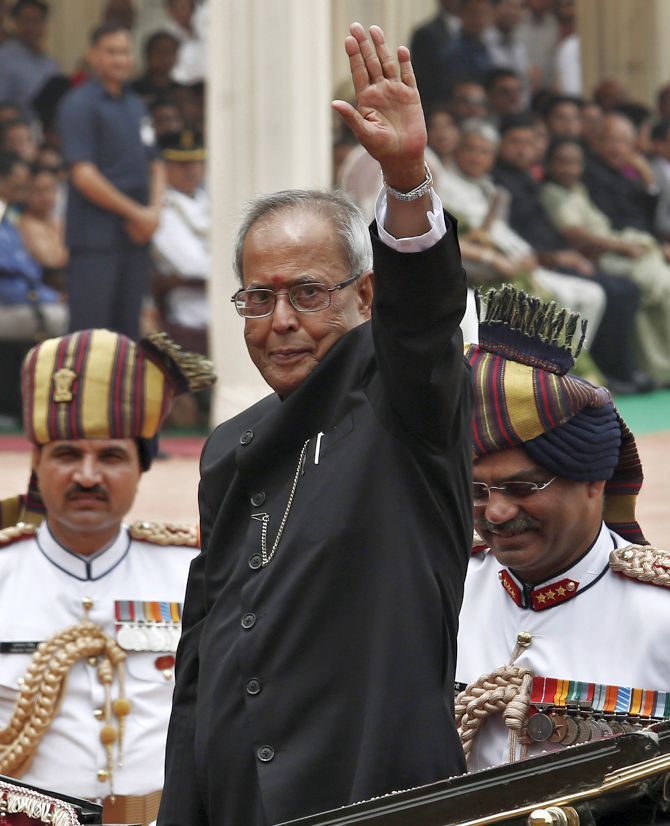 IMAGE: President Mukherjee's journey has been a long and extensive one. He became India’s youngest finance minister of India in 1982 at the age of 47. From 2004, he went on to head three crucial ministries -- external affairs, defence and finance -- and became the first occupant of the Rashtrapati Bhavan to have this distinction. Photograph: Adnan Abidi/Reuters

Sitting on the verandah of his home in New Delhi, Pranab Mukherjee, then a young MP, saw horses from the Rashtrapati Bhavan pass by and jokingly told his sister that he would like to be a presidential horse in his next birth.

Indulgent as ever, Annapurna Banerjee, older to him by 10 years, prophesied that he would be president in this life itself.

On Monday, President Pranab Mukherjee’s last day in office, is the culmination of that prophecy for a man known as the quintessential Man Friday of the Congress, rewarded as president yet not trusted enough to be prime minister.

And the horse vignette from an interview that Banerjee gave could illustrate what is a fitting end note to a remarkable five-decade political career -- some dreams do come
true.

India’s 13th president will step down on Tuesday for Ram Nath Kovind, a long way from the reluctant schoolboy of West Bengal’s Mirati village who grew to be one of India’s most respected politicians.

It all started when Indira Gandhi spotted him during a by-election in Midnapore where he was V K Krishna Menon’s election agent. His astute management saw Menon, a Malayali contesting in West Bengal as a candidate of Congress’ rival faction Bangla Congress, win with a huge margin.

Impressed with his political acumen, Gandhi brought Mukherjee into the Congress and initiated his parliamentary journey through the Rajya Sabha in 1969.

There have been many firsts since then for the 81-year-old, fondly known as Pranab Da.

He became India’s youngest finance minister of India in 1982 at the age of 47. From 2004, he went on to head three crucial ministries -- external affairs, defence and finance -- and became the first occupant of the Rashtrapati Bhavan to have this distinction. 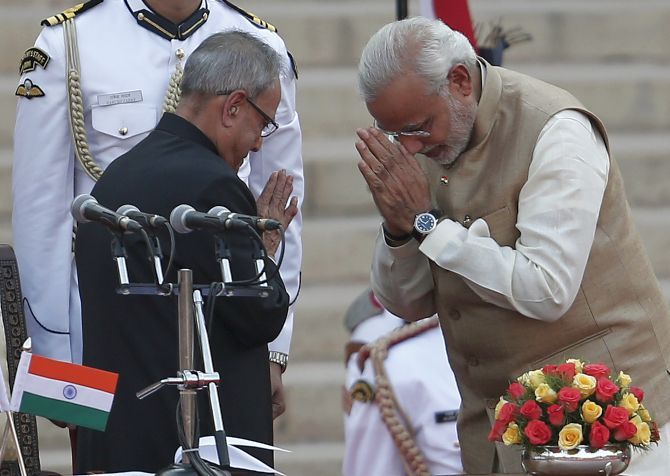 IMAGE: Prime Minister Narendra Modi greets President Pranab Mukherjee after taking his oath at the presidential palace in New Delhi in 2014. The PM has called Pranab a father figure who hand-held him through the maze of national governance after he became the prime minister in 2014.
Photograph: Adnan Abidi/Reuters

He will also go down in the history as the only non-prime minister who was the leader of the Lok Sabha for eight years.

Known for his political acumen and ability to form consensus across party lines, Mukherjee was heading 24 of 39 GOMs when he became president in 2012. Between, 2004-12, he had chaired 95 GOMs.

That is why friends and rivals will agree that there was enough politics left in him when he accepted his retirement from active politics in the form of the presidency.

It’s a mixed bag legacy for the politician who won his first election in 2004 from Jangipur in West Bengal.

Mukherjee’s lasting contribution as finance minister, for instance, includes introduction of an egregious tax change -- a retrospective amendment to the Income Tax act that targeted Vodafone and allowed closed tax cases to be reopened. That amendment shook foreign investor confidence in India as a safe investment destination, say experts.

A tough taskmaster, avid reader and history aficionado, Mukherjee has ensured that he leaves his mark on the presidency.

He has made it easier for common people to visit the Rashtrapati Bhavan.

The long-neglected Durbar Hall was given a fresh lease of life with Mukherjee ensuring that important events were held under its dome that had pigeons nestling in it.

The library was renovated. Books, including some rare ones, were catalogued and researchers given access.

The impressive presidential palace also opened its gates for writers, artists, innovators, scientists and students through an in-residency programme

Author Amitav Ghosh, who spent four days in Rashtrapati Bhavan as part of the programme, described the initiative as an attempt at “democratising an essentially profoundly undemocratic building”. 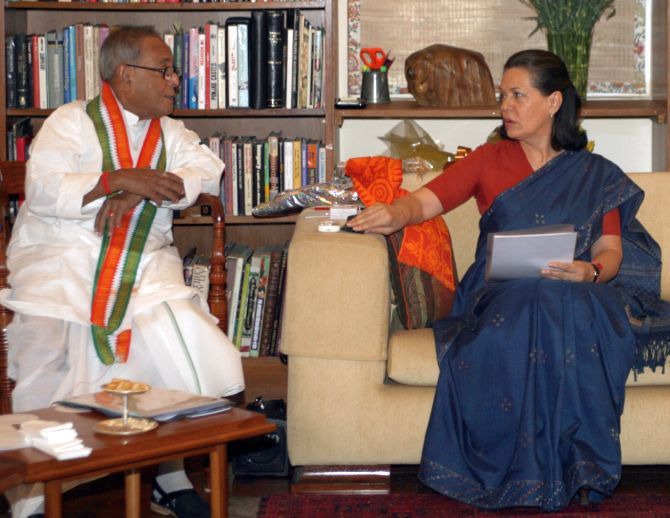 Mukherjee is known to have generously shared his experience with others, cutting across party lines.

Prime Minister Narendra Modi called him a father figure who hand-held him through the maze of national governance after he became the prime minister in 2014.

In the last five years, Mukherjee has often spoken out on headline issues.

After the infamous Delhi gang rape case, for instance, he cautioned society to reset its “moral compass”.

He also termed universities as “bastion of free thinking” and “reasoned debate” in the backdrop of media onslaught on Jawaharlal Nehru University and Delhi University students.

And in his farewell speech, he cautioned the government against using the ordinance route to bring in a law, saying it should be used only in a compelling situation and not taken recourse to in monetary matters.

As he prepares for retirement, friends and family say he has always been a workaholic. When his wife of 58 years Suvra Mukherjee passed away in 2015, Mukherjee took refuge in his work and was back in office within four hours of attending her last rites.

Blessed with a photographic memory, Mukherjee gives credit to his mother -- and to his childhood days when he would recount the day’s happenings to his mother.

What will the People’s President do after he leaves office?

“I will melt into the masses” was his prompt response at a conference earlier in the year.

The old order changeth, yielding to the new. But melting into the masses may not be as easy as Pranab Da imagines. 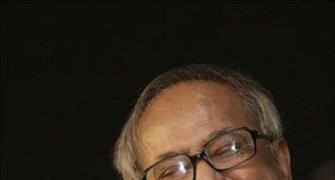 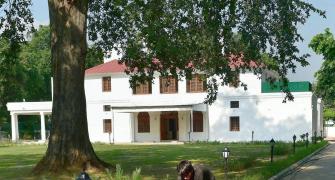 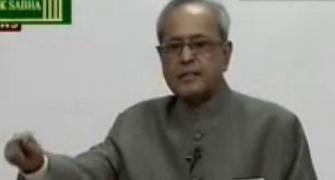 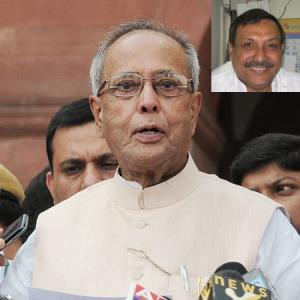 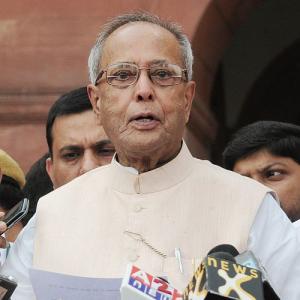