A powerful earthquake has rocked the city of Sapporo in northern Japan just hours after large parts of the south of the country was battered by the biggest typhoon to hit in 25 years.

No tsunami warning was issued after the quake. Rescue workers search for survivors from a house damaged by a landslide caused by an earthquake in Atsuma town in Japan's northern island of Hokkaido. Yet another natural disaster has struck part of Japan, continuing a summer of chaos that has seen the country weather deadly floods, typhoons, earthquakes, landslides and heatwaves. Photograph: Kyodo/Reuters At least eight people have been killed when a magnitude-6.8 quake struck the northern island of Hokkaido early Thursday, causing landslides which buried a "large" number of homes at the foot of a ridge. Photograph: Kyodo/Reuters Flights and public transport across the region have been brought to a standstill. Photograph: Kyodo/Reuters 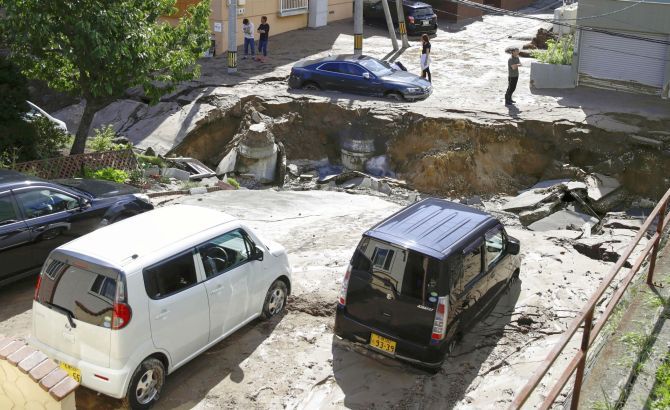 The powerful quake lasted almost a minute, jolting residents from their beds and collapsing roads. Near the epicenter, landslides wiped out houses in the tiny town of Atsuma, home to 40 residents. Officials told NHK at least five people were buried in the rubble. Photograph: Kyodo/Reuters Officials warned of the risk of further quakes. An official said that the risk of housing collapses and landslides had increased in the area hit by the quake. Photograph: Kyodo/Reuters

More than 4,000 defense force soldiers have been deployed to help with rescue operations, Japanese Prime Minister Shinzo Abe said, and that number could rise to 25,000 if needed. Photograph: Kyodo/Reuters 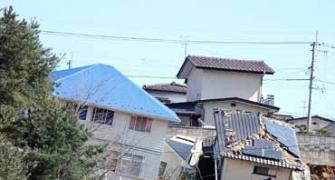 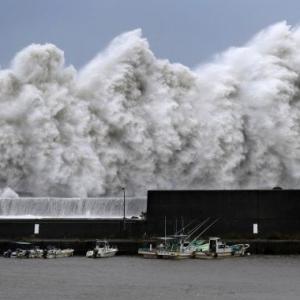 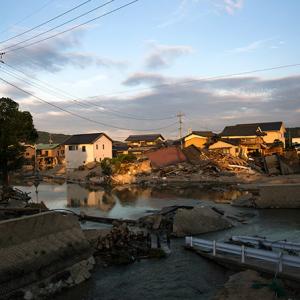