PM hosts dinner for MPs; Rahul, Sonia give a miss

Only vegetarian dishes were served at the official dinner held at a state-run five-star hotel. 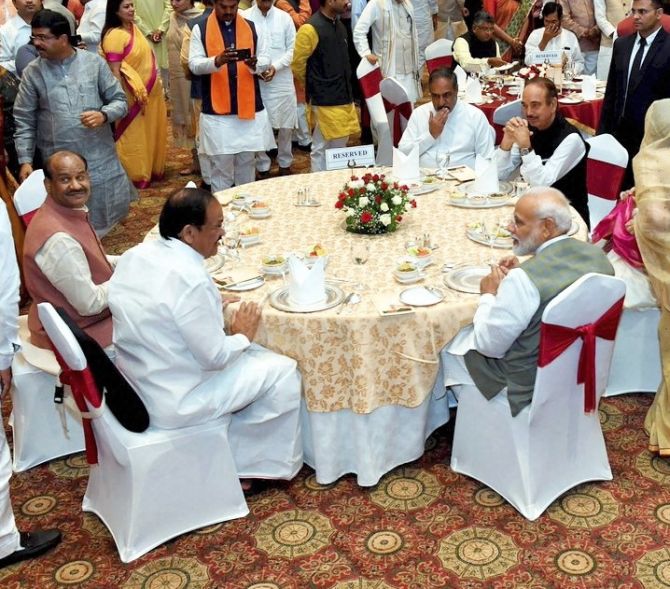 Prime Minister Narendra Modi on Thursday hosted a dinner for all members of parliament, which did not see the presence of prominent leaders like Sonia Gandhi, Rahul Gandhi and Akhilesh Yadav.

MPs from the Trinamool Congress, Left parties like the Communist Party of India-Marxist and CPI, the Bahujan Samaj Party and the Rashtriya Janata Dal abstained from the dinner.

The parliamentary affairs ministry had earlier sent out invites to all members of both the Houses -- over 750 MPs.

Only vegetarian dishes were served at the official dinner held at a state-run five-star hotel. 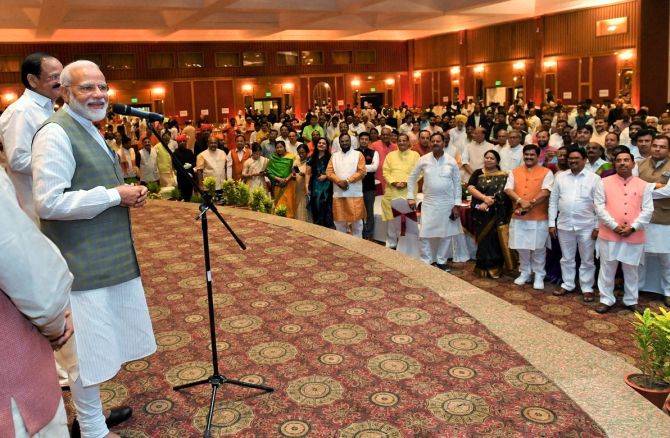 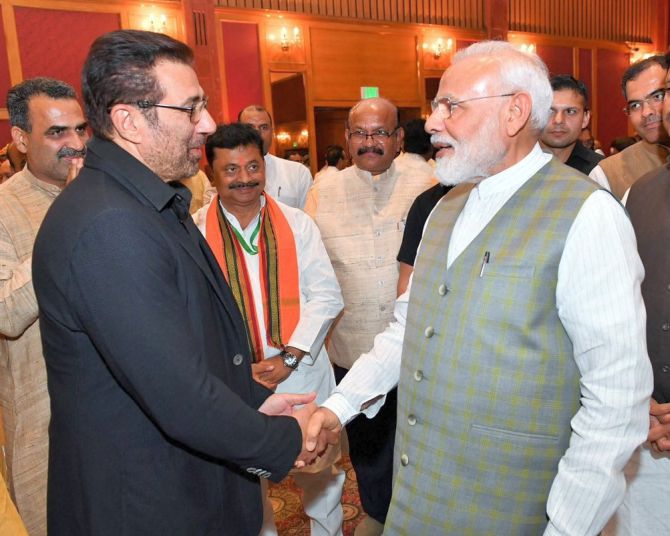 Sources said the dinner was hosted so that the prime minister and other members of the Union council of ministers could meet all MPs from both the Houses in an informal atmosphere.

"The MPs interacted with the prime minister in a very informal manner and they were seen clicking selfies with him," BJP leader Rajiv Pratap Rudy said, adding that the atmosphere was very congenial. 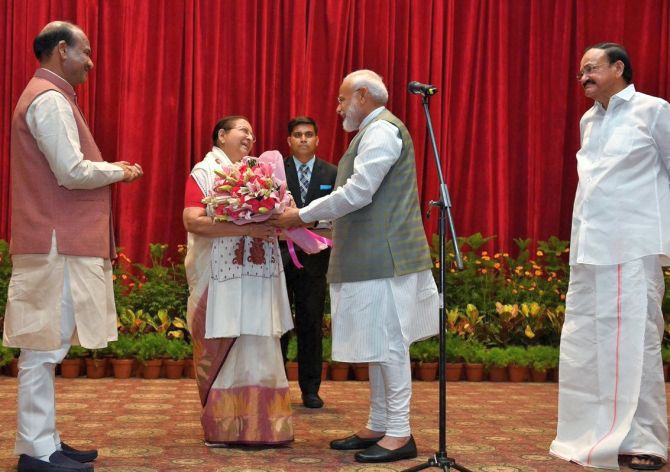 The prime minister reportedly lauded the role played by previous Speaker Sumitra Mahajan at the gathering, the source said.

During the all-party meet on Sunday, ahead of the start of the Parliament session, Modi had told leaders that political differences can be kept aside to discuss issues related to public interest. 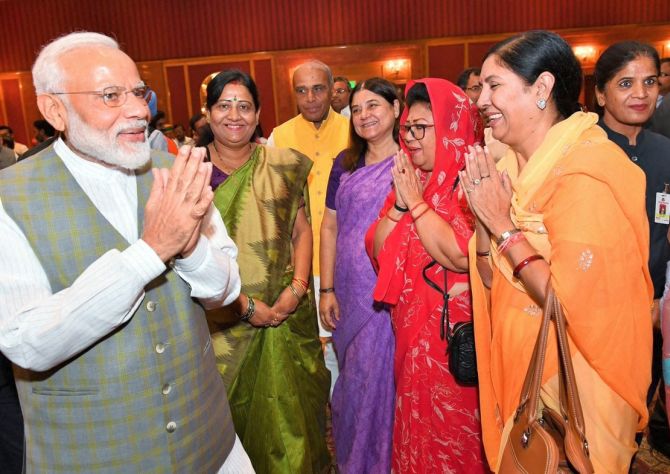 Later, PM Modi tweeted that he had a "wonderful" evening with MP colleagues over dinner. 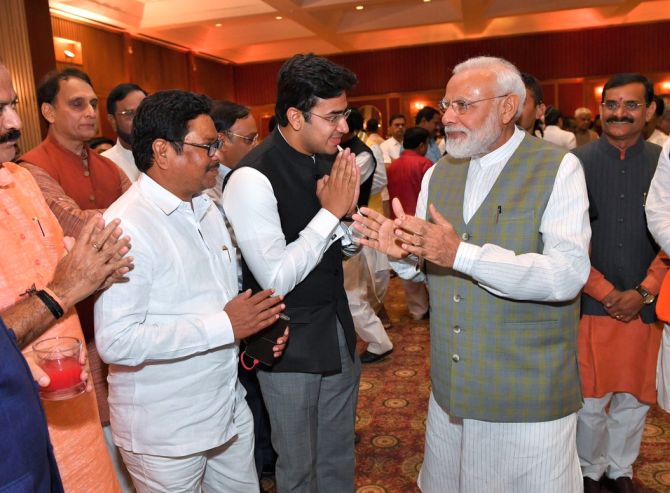 "Cutting across party lines, we had great conversations through the programme," he said and also posted some pictures of the event.