The incredibly odd world we live in

10 images from around the world that show we live in a mad, mad world. A runner high fives a driver passing by after completing the 15th annual Santa Speedo Run, a charity run through the streets of the Back Bay, in Boston, Massachusetts. Photograph: Brian Snyder/Reuters 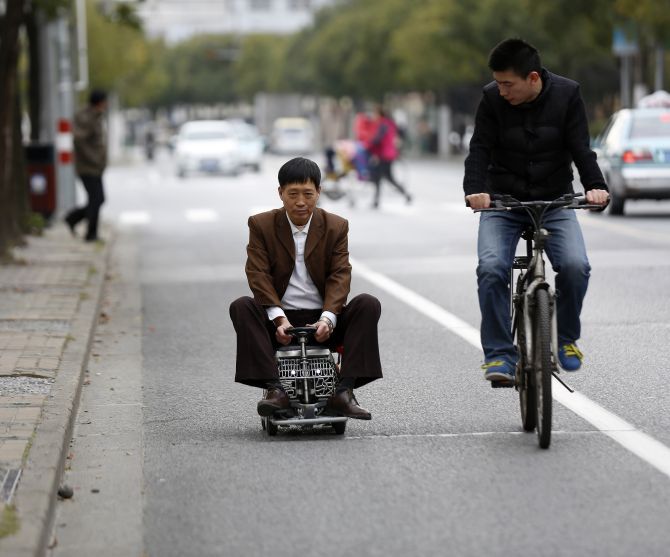 Xu Zhiyun, 60, drives his home-made motorised mini-vehicle along a street in Shanghai. Xu spent over two years to complete the mini-vehicle measuring 60 cm by 35 cm, which has a 77cc engine and five gear ranges. Photograph: Aly Song/Reuters 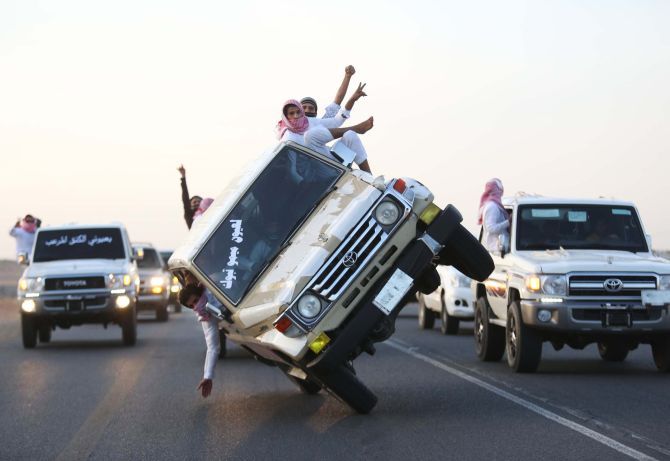 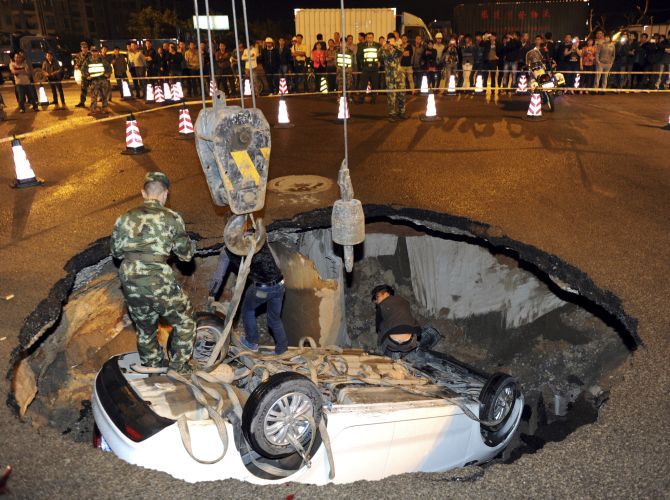 People try to pull out a car which was stuck after a road caved-in in Quanzhou, Fujian province. Photograph: Reuters An EiffelTower replica made from hundreds of macaroons by luxury baker and sweets producers Laduree is displayed as part of holiday season decorations in the Grand Hotel in Paris. Photograph: Charles Platiau/Reuters 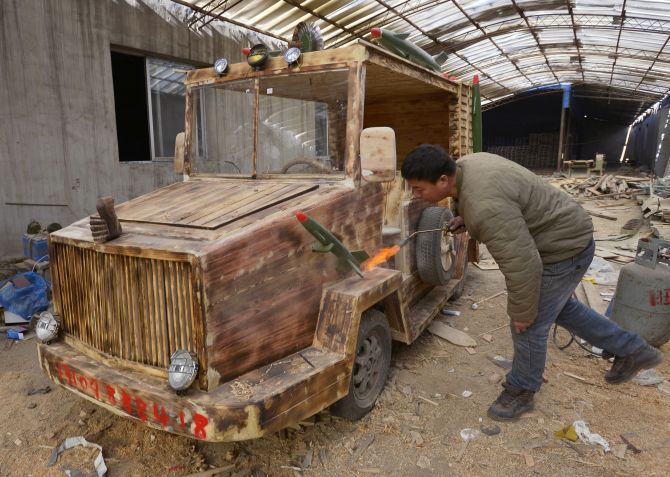 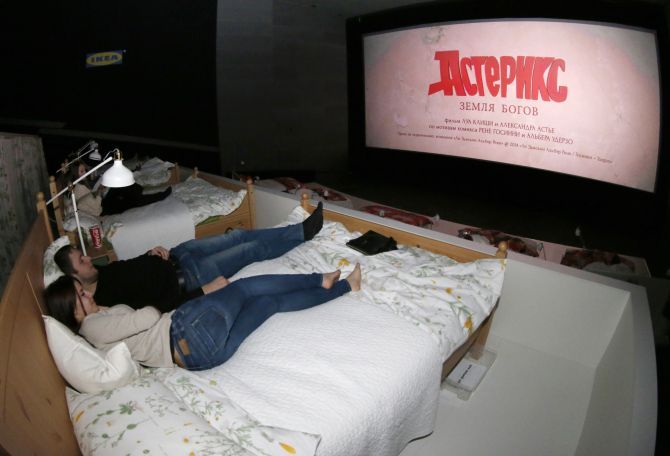 Spectators await the start of a cinema screening at a Kinostar De Lux Multiplex in the Moscow suburb of Khimki. Furniture retailer IKEA has converted one of the cinema halls, completely replacing standard seats with their furniture, according to local media. There are 17 double beds fitted in the hall, which was renamed to ‘It wakes love’. Photograph: Sergei Karpukhin/Reuters 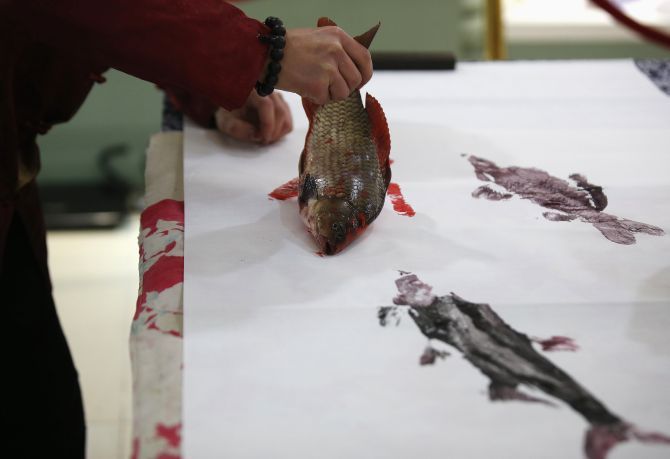 Folk artist Han Xiaoming demonstrates block printing with a live fish in Hangzhou, Zhejiang province. Han dips his tongue in ink to paint on paper, and uses his fingers to fill in final adjustments. The artist also uses a paintbrush held with his mouth and utilizes fish and vegetables as paint tools, local media reported. Photograph: Aly Song/Reuters 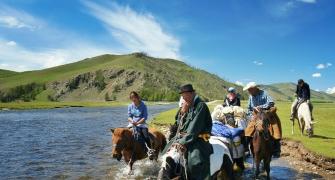 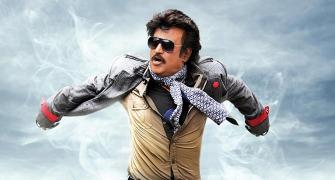 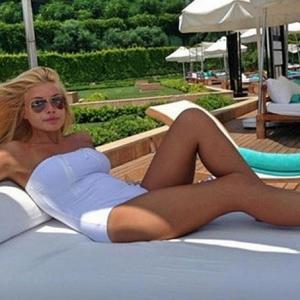 Meet the 'hot' Ukrainian MP who knows nothing about Ukraine 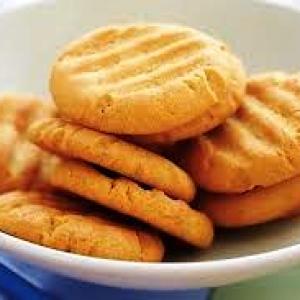 Battles over biscuits: The winners and losers