News
Business
Movies
Sports
Cricket
Get Ahead
Money Tips
Shopping
Sign in  |  Create a Rediffmail account
Rediff.com  » News » 8 odd photos that you simply have to see

It's truly a wonderfully weird world around us. Want proof? Take a look. 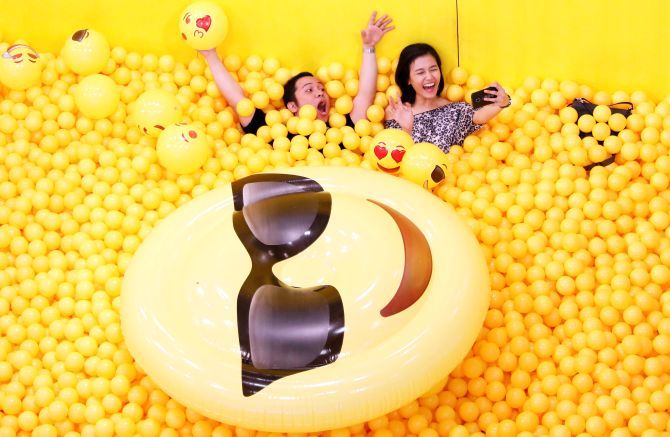 An elderly woman plays with a robot named NAO, manufactured by Softbank Robotics, in her retirement home in Bordeaux, France. Photograph: Regis Duvignau/Reuters An elephant plays basketball during a show at the national zoological gardens in Colombo, Sri Lanka. Photograph: Dinuka Liyanawatte/Reuters A photographer takes a picture of a representation of what museum officials claim is the world's biggest discovered winged dinosaur prior to its exhibition at the Altmuehltal Dinosaur Museum in Denkendorf, Germany. Bones of the dinosaur were found in the Transylvanian region of Romania and the museum has dubbed the creature 'Dracula.' The species of the dinosaur is so far unnamed, though it is part of a class of flying dinosaurs called Pterosaurs and is approximately 66 million years old. Photograph: Andreas Gebert/Getty Images 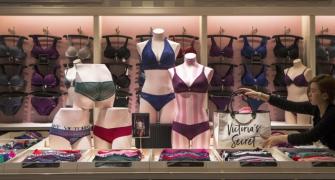 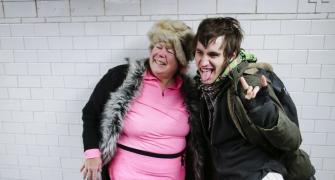 Dropping their pants on the Metro! 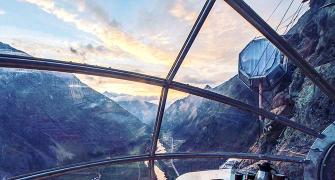 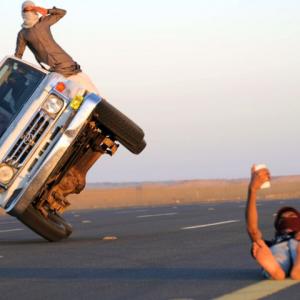 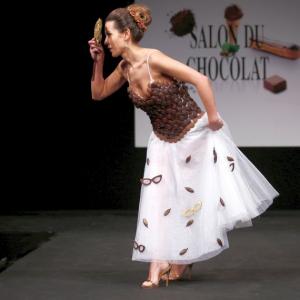