She's the boss: Michelle reveals how to get fit

Michelle Obama has posted a workout video online that shows her pumping iron, crunching her abs with a medicine ball, and smacking a punch-bag with a roundhouse kick. 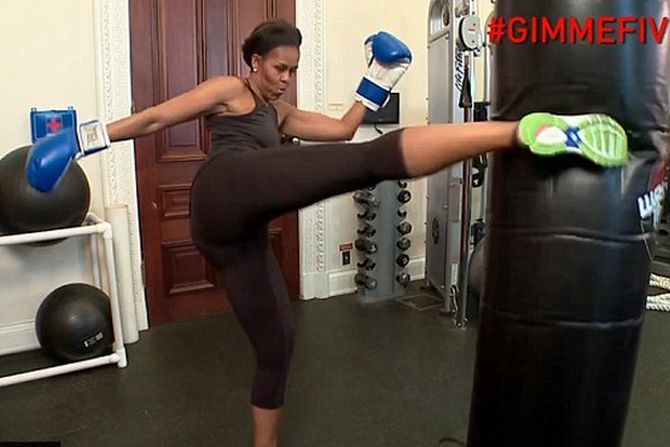 The two-minute clip shows Michelle in full workout gear in the gym with the family’s personal trainer Cornell McClellan putting her through her paces.

The First Lady tweeted the video to husband Barack Obama after the president posted his own film showing him going running in a suit and drinking water with Joe Biden in the Oval Office.

The video is part of the First Lady’s Let’s Move campaign, which is aimed at inspiring children to get out and get active. As part of the campaign, she has been asking celebrities and ordinary folk to ‘Gimmie Five’, meaning five way to keep fit and active.

Five days ago, US President Obama posted his own video on five ways he stays active, which includes jogging in his suit, and hosting ‘walk and talk’ meetings rather than sitting down. While the US President’s video only attracted a handful of likes and retweets in five days, Michelle’s clip has already garnered 3,000 retweets and almost 5,000 favourites in just a few hours. 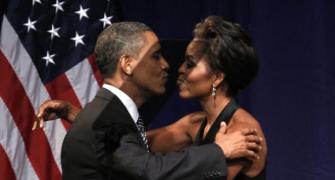 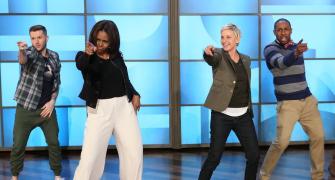 WATCH: When Obama was caught on camera pumping iron In PHOTOS: Michelle Obama in a tug of war in London