A 14-member council of ministers, headed by Bihar Chief Minister Nitish Kumar, was on Monday sworn in by Governor Phagu Chauhan. 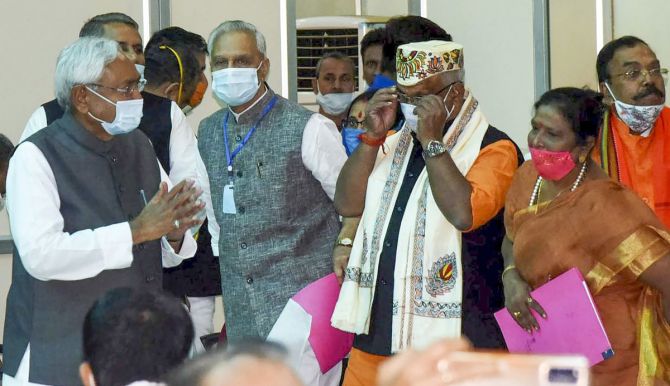 Those who were administered oath of office included two Deputy Chief Ministers -- Tarkishore Prasad and Renu Devi -- both from the Bharatiya Janata Party, which bagged a lions share of seven berths.

Prasad is a fourth term MLA who is getting inducted into the council of ministers for the first time.

Renu Devi, who is a former national vice president of the BJP and a four-term MLA from Bettiah, has previously served as a member of the council of ministers headed by Nitish Kumar in 2010.

Since the post of a deputy CM is not a constitutional one, the two took oath as ministers and their posts would be notified by the cabinet in due course.

The two sat alongside Kumar on the podium which confirms their elevated position in the cabinet.

Five ministers were from the JD-U, which is headed by Kumar, while one each was from smaller allies Hindustani Awam Morcha and Vikassheel Insaan Party. 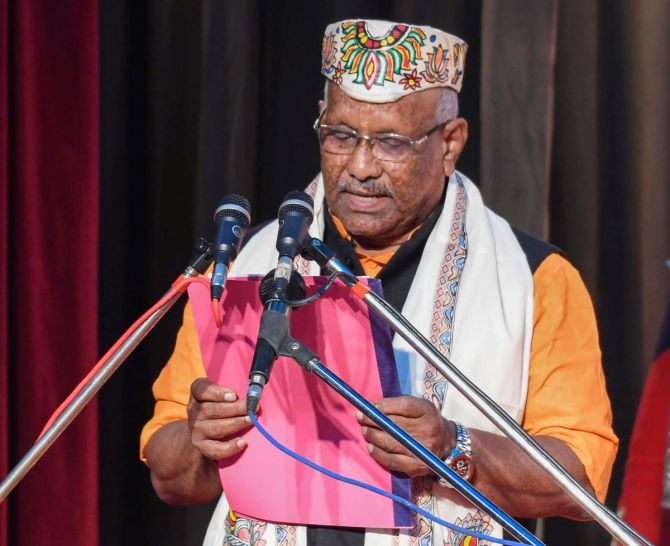 Other than the two Deputy CMs, those from the BJP included Mangal Pandey who held the health portfolio in the previous government besides Amarendra Pratap Singh, Ramprit Paswan, Jibesh Kumar and Ram Surat Rai.

HAM MLC Santosh Kumar Suman, whose father Jitan Ram Manjhi is a former chief minister and the national president of the party, also took oath besides Mukesh Sahni, the founder of VIP who formerly worked as a set designer in the film industry.

A political greenhorn, Sahni could not tame his exuberance and shared a screenshot of the communication he had received from Raj Bhavan on his Twitter handle much before the ceremony, attended among others by Union Home Minister Amit Shah and BJP president J P Nadda, commenced.

Ramprit Paswan, who is the MLA from Rajnagar in Madhubani, and Jibesh Kumar who represents Jale in Darbhanga, took oath in their native Maithili language. 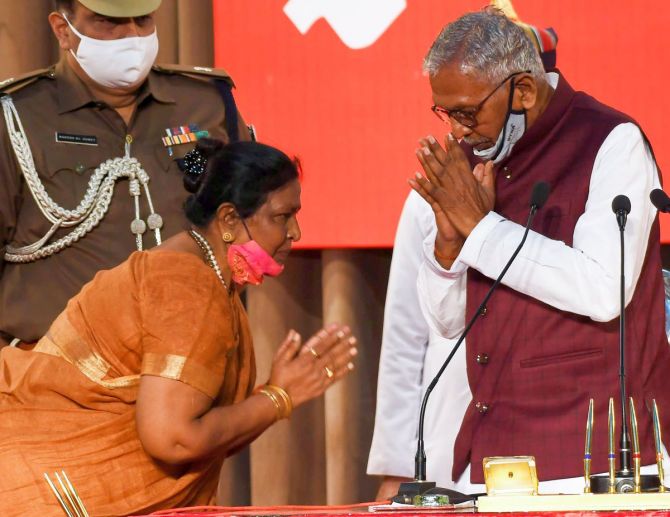 Vijay Kumar Chaudhary, a close aide of the chief minister, was the Speaker of the previous assembly.

It is being said that veteran BJP leader Nand Kishore Yadav, who has been a member of the state cabinet whenever his party has been part of the ruling coalition in Bihar, would be the next Speaker.

As per the rule, a maximum of 36 ministers can be appointed to the 243-member Bihar assembly. 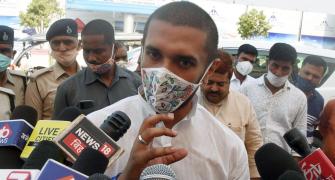 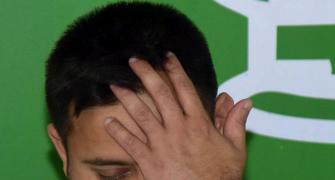 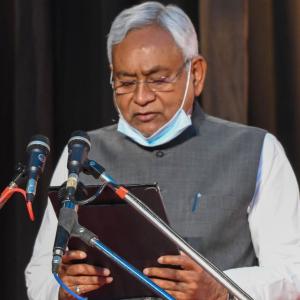 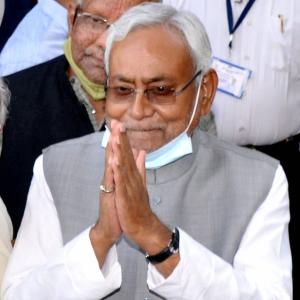