Lok Sabha proceedings were disrupted for the fifth consecutive day on Friday due to sloganeering by Opposition members seeking a discussion on the riots in Delhi, which claimed at least 53 lives. In between spells of adjournments, the House conducted business for a brief period and passed two Bills -- the Mineral Laws (Amendment) Bill and the Insolvency and Bankruptcy Code (Second Amendment) Bill -- amid continuous protests by the Opposition.

As soon as Lok Sabha assembled at 11 am, some members of the Congress and other Opposition parties such as the Dravida Munnetra Kazagham and the Indian Union Muslim League trooped into the well of the House, seeking discussion on the riots and raising slogans demanding Home Minister Amit Shah's resignation.

Speaker Om Birla had earlier announced that the House would discuss the Delhi violence after the Holi break.

Many Opposition members also wore black bands on their arms in protest.

On Thursday, seven Congress members were suspended for the rest of the ongoing Budget Session for unruly behaviour.

Congress leader Rahul Gandhi was among those who sported black bands. However, he did not join the members protesting in the well. 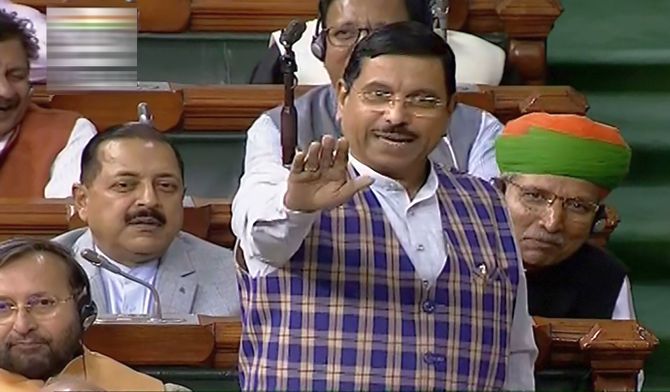 Adhir Ranjan Chowdhury, Leader of the Congress in Lok Sabha, was also in the Well. He was seen picking up a book, apparently the rule book of Parliament, and showing it to the chair.

As the commotion continued, Kirit Solanki, who was presiding the proceedings, announced adjourning the House till 2 pm. He later revised the adjournment time to 12 noon.

The Congress has been seeking discussion on the recent communal violence in northeast Delhi which claimed 53 lives and left over 200 injured.

As the House reassembled at noon, the protests and sloganeering by the opposition continued.

However, amidst the noisy scenes, the House passed the Mineral Laws (Amendment) Bill.

The chair again adjourned the House for about 10 minutes till 12.45 pm.

When the Lok Sabha resumed business, it took up the Insolvency and Bankruptcy Code (Second Amendment) Bill amidst the Opposition protests.

The bill was declared passed by Rajendra Agarwal, who was in the chair, amidst continuous protests by Congress members.

The House will reassemble on Wednesday (March 11) after the Holi break. 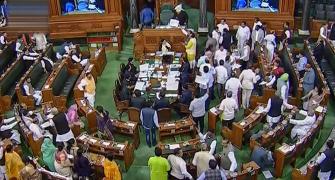 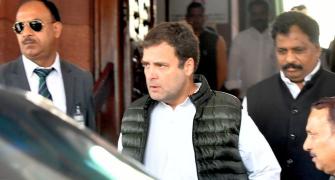 MP says Gandhis should be tested for coronavirus 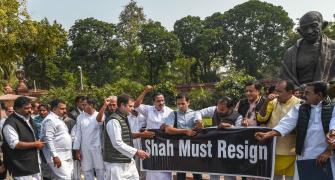 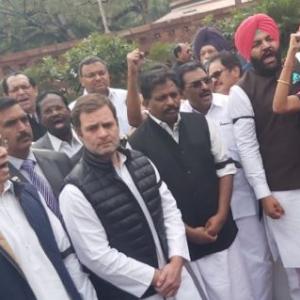 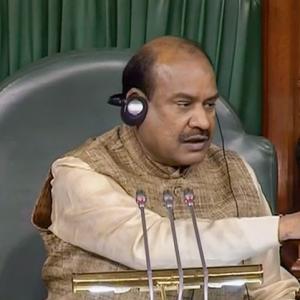