Kashmir shuts down for second day over Article 35A

Life in Kashmir remained severely affected on Monday for the second consecutive day due to a complete shutdown called by separatists against the legal challenge in the Supreme Court on the validity of Article 35A. 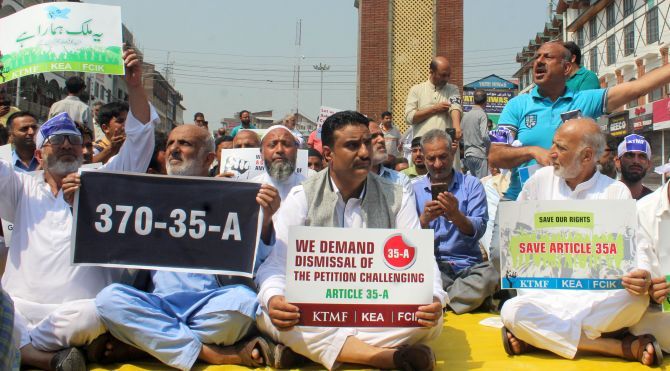 The two-day strike called by the Joint Resistance Leadership -- comprising Syed Ali Shah Geelani, Mirwaiz Umar Farooq and Mohammad Yasin Malik -- comes as the Supreme Court is scheduled to hear a PIL challenging the validity of Article 35A later in the day.

Article 35A, incorporated in the Constitution by a 1954 Presidential Order, confers special status to the permanent residents of Jammu and Kashmir, and bars people from outside the state from acquiring any immovable property in the state. 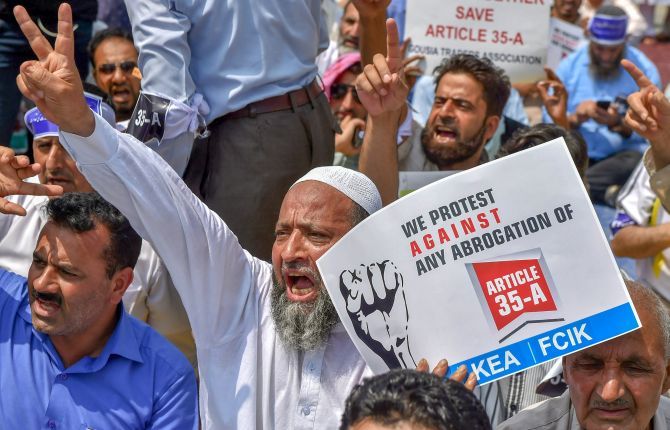 Educational institutions, shops and business establishments remained closed across the Valley, while all kinds of transport remained off the roads due to the strike.

The state government has filed an application before the registrar of the Supreme Court, informing that it was going to seek adjournment of the hearing in view of the “ongoing preparations” for the upcoming panchayat and urban local body and municipal elections in the state.

Officials said security forces had been deployed at vulnerable places in the city and elsewhere in Kashmir for maintaining law and order. The situation across the Valley is peaceful with no untoward incident reported from anywhere so far on Monday, the officials said. 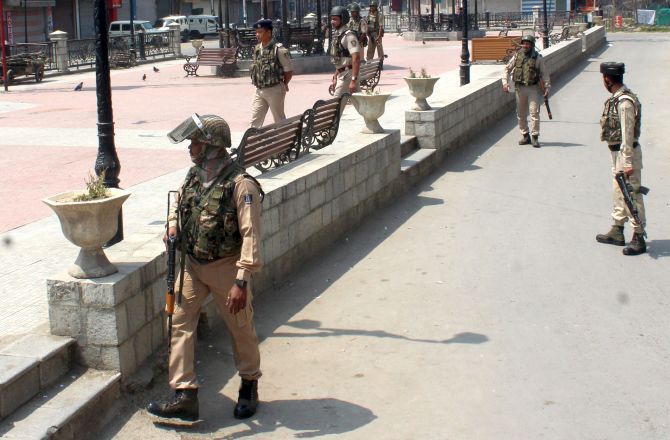 Stone-pelting incidents were reported from some places on Sunday, with six people getting injured in Kulgam district in a clash between protesters and security forces.

Various organisations. including the state bar association, transporters and traders’ bodies have extended support to the shutdown call. 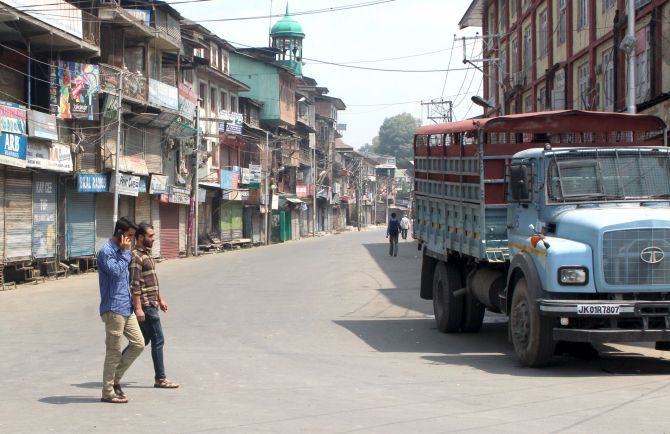 Protests have been held across the length and breadth of Kashmir over the past few days, with mainstream parties like National Conference and Peoples Democratic Party also holding rallies in support of continuing Article 35A. 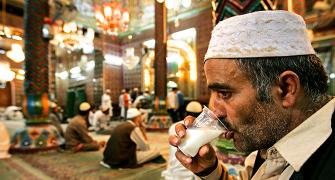 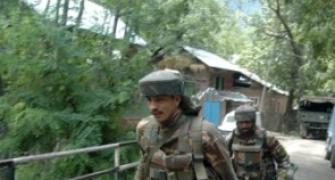 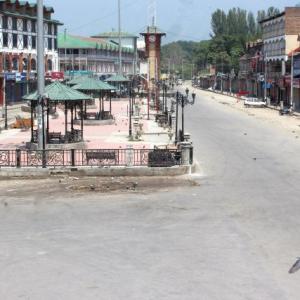 Complete shutdown over Article 35-A brings Kashmir to a standstill