The clamour to boycott China-made products grew in the country following the killing of 20 Indian Army personnel by Chinese troops in a violent face-off in Ladakh's Galwan Valley.

From smashing television sets to burning computers, angry Indians are boycotting all goods manufactured in China, accusing the neighbouring country of betraying India's trust by its act of aggression on the borders. 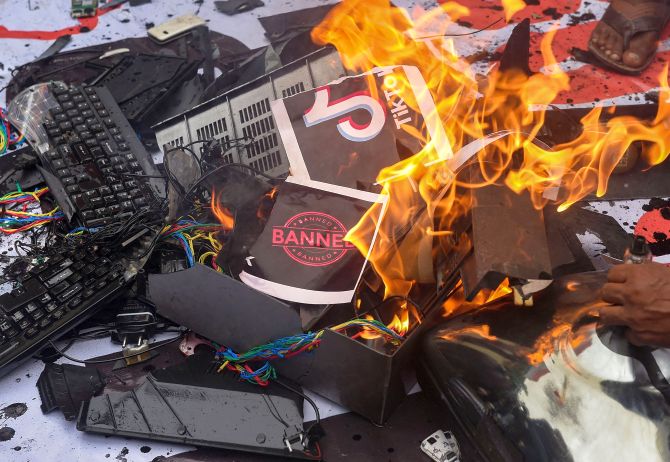 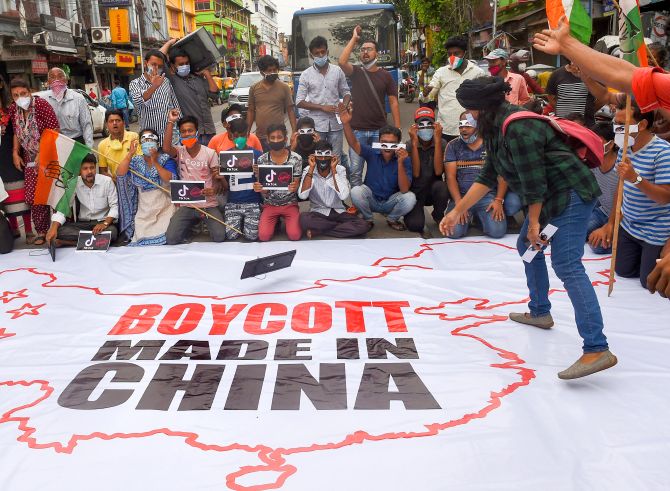 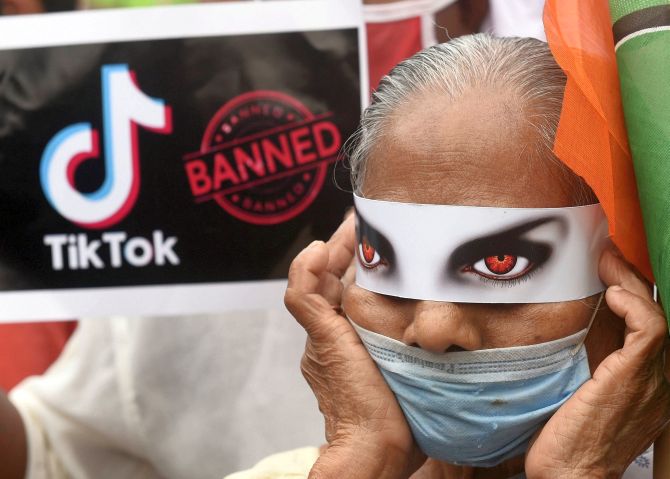 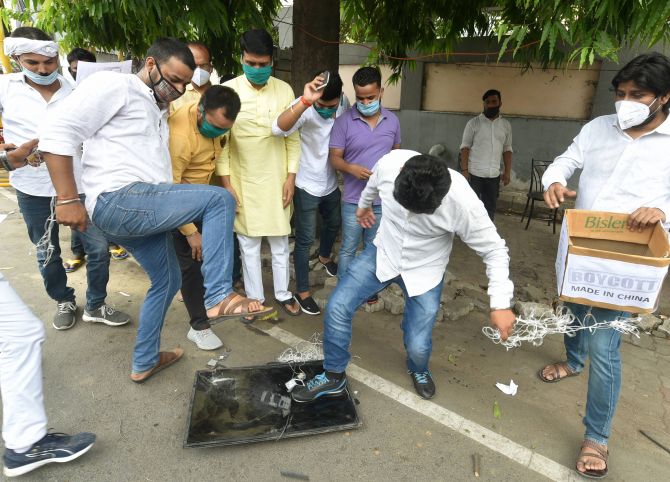 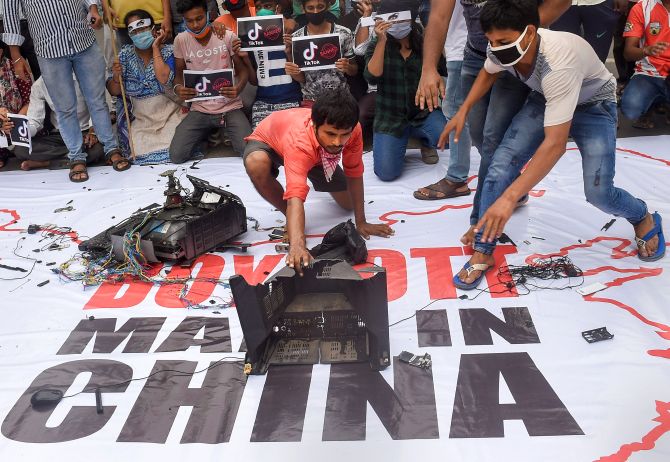 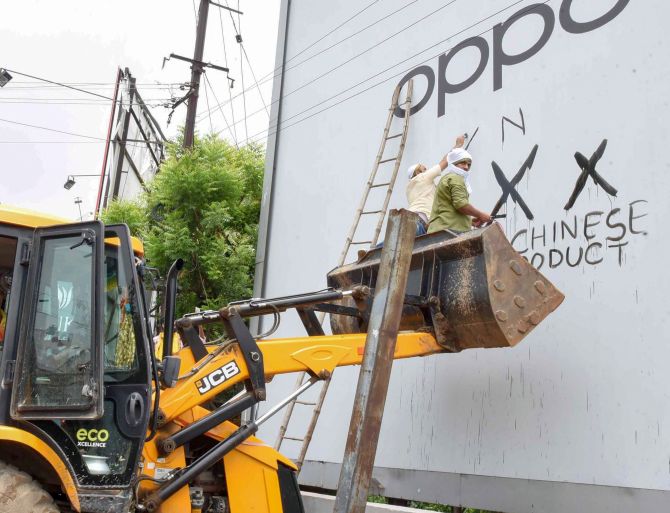 IMAGE:  A Jan Adhikar party supporter climbs a JCB machine to blacken a banner of a Chinese mobile phone manufacturer as part of a protest against China, in Patna. Photograph: PTI Photo 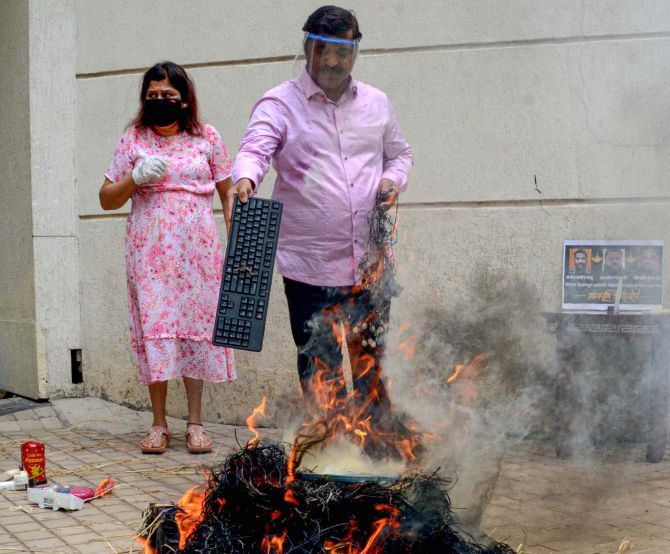 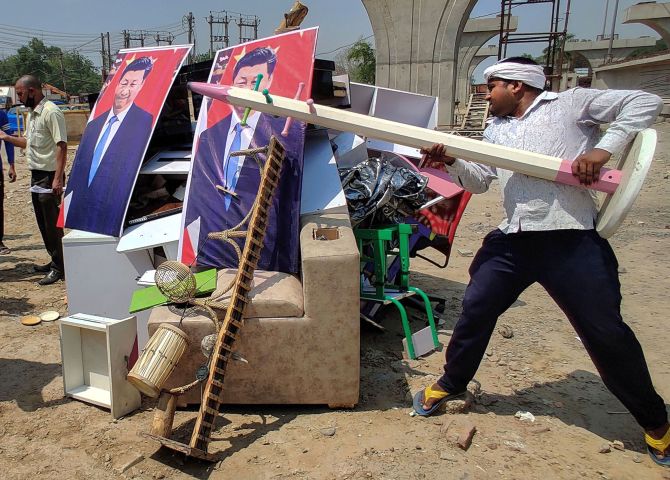 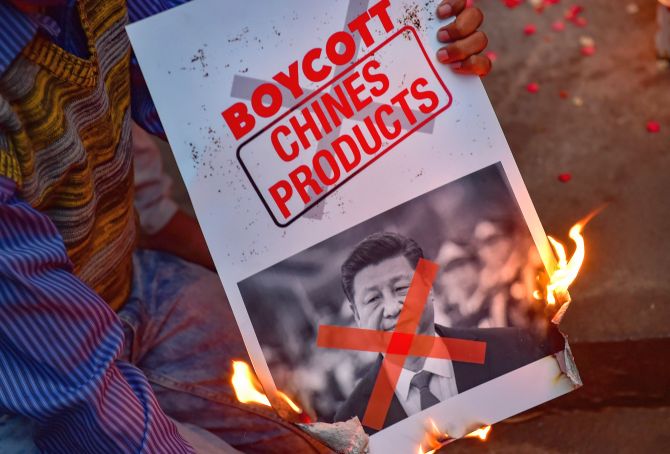 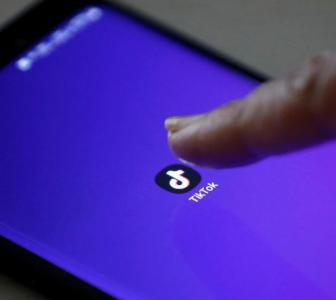 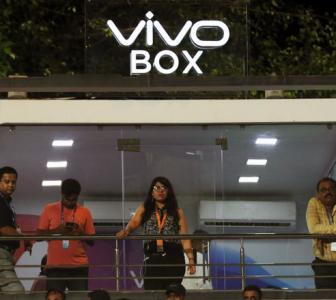 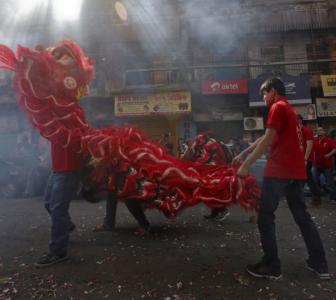 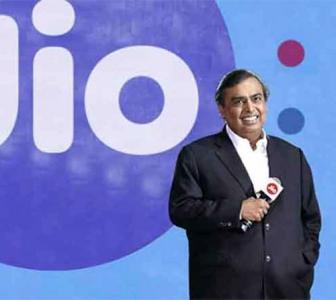 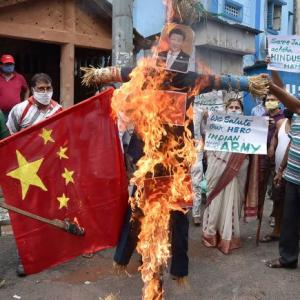 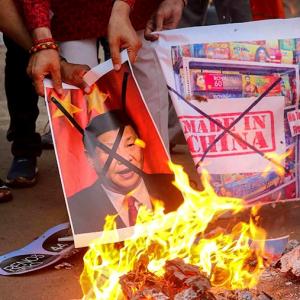