With 18,522 people testing positive for coronavirus in a single day, India's COVID-19 tally climbed to 5,66,840 on Tuesday while the death toll rose to 16,893 with 418 new fatalities, according to the Union health ministry data. 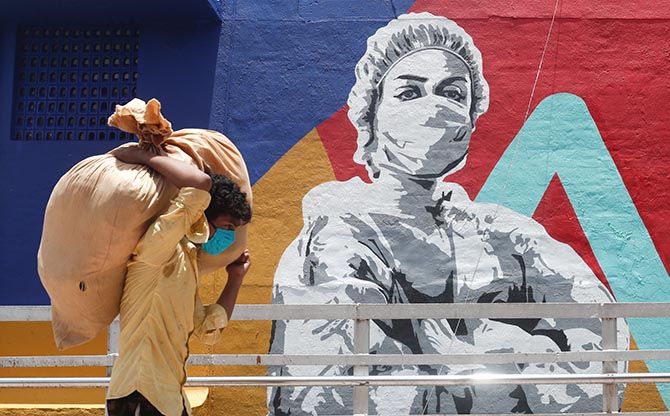 IMAGE: A man carrying a sack walks past a graffiti of a healthcare worker during a lockdown to slow the spread of the coronavirus disease in Mumbai. Photograph: Francis Mascarenhas/Reuters

Recording nearly 4,000 cases in the last 24 hours, Tamil Nadu has surpassed Delhi to regain the second spot among the list of worst-hit states by the pandemic, while Karnataka also recorded more than 1,100 overtaking Haryana and Andhra Pradesh.

Maharashtra remained the highest contributor to the single day rise, registering over 5,200 coronavirus infections. Delhi saw an increase of 2,084 cases. 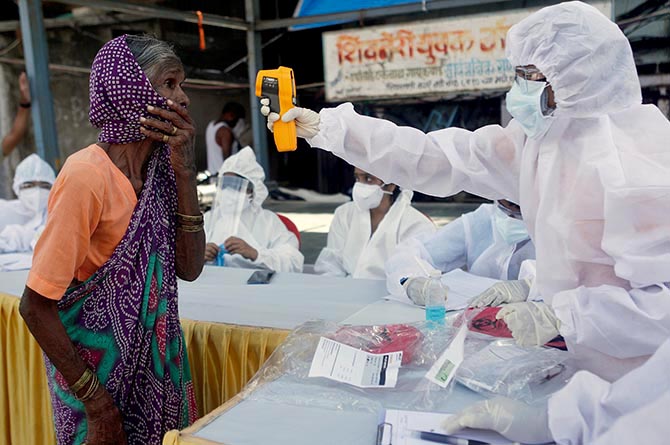 IMAGE: A health-worker wearing personal protective equipment (checks the temperature of a woman uduring a check-up campaign for the coronavirus disease, at a slum area in Mumbai. Photograph: Francis Mascarenhas/Reuters

The number of active cases stands at 2,15,125, while 3,34,821 people have recovered, and one patient has migrated, according to the updated data at 8 am. "Thus, around 59.07 per cent of patients have recovered so far," an official said. The total number of confirmed cases includes foreigners.

This is the seventh consecutive day that coronavirus infections have increased by more than 15,000. The country has seen a surge of 3,76,305 infections from June 1 till date. 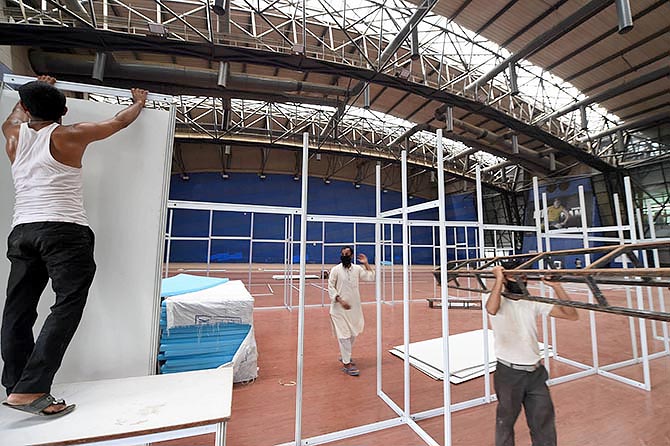 Of the 418 deaths reported in the last 24 hours, 181 are from Maharashtra, 62 from Tamil Nadu, 57 from Delhi, 19 each from Gujarat and Karnataka, 14 from West Bengal, 12 from Uttar Pradesh, 11 from Andhra Pradesh, nine from Haryana, seven from Madhya Pradesh, six each from Rajasthan and Telangana, five from Punjab, three from Jharkhand, two each from Bihar and Odisha and one each from Assam, Jammu and Kashmir and Uttarakhand. 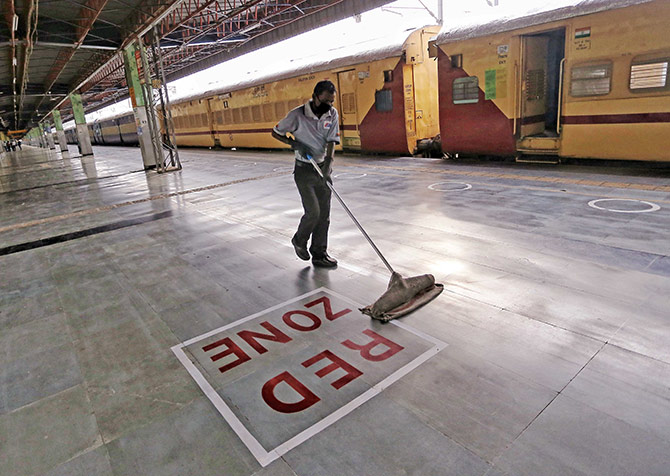 IMAGE: A worker cleans a platform at Anand Vihar railway station where several isolation coaches have been put up for the treatment of COVID-19 patients, in New Delhi. Photograph: ANI Photo

Puducherry has recorded 619 COVID-19 cases, Chandigarh 435, Nagaland 434 and Dadra and Nagar Haveli and Daman and Diu together have reported 203 COVID-19 cases.

Arunachal Pradesh reported 187 cases, Mizoram has 148 cases, Andaman and Nicobar Islands has 90, Sikkim has registered 88 infections so far, while Meghalaya has recorded 47 cases. 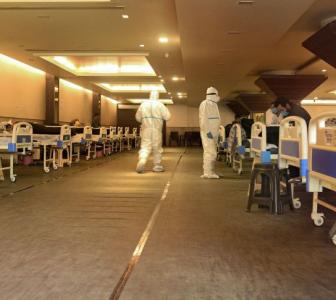 Plasma bank to be set up in Delhi for Covid patients